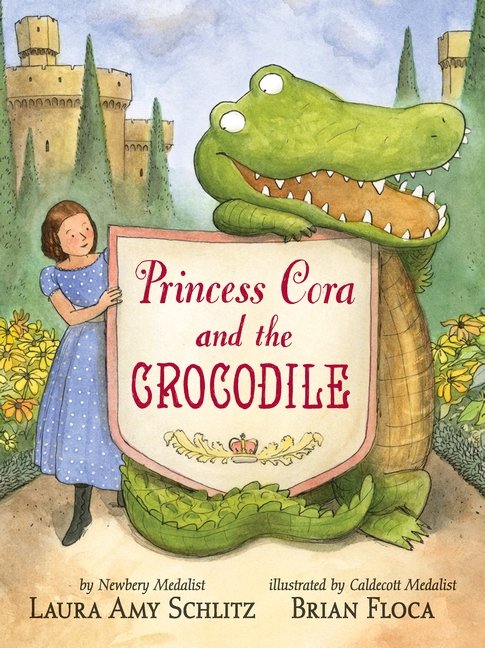 Princess Cora and the Crocodile is an 80-page illustrated early chapter book about a princess who must always be a “good girl.” When Princess Cora’s Fairy Godmother answers her wish for a pet, instead of the “great, furry, golden dog” of her dreams, the princess receives a headstrong crocodile. He tries to give Cora a day off and, because the three adults in charge of the princess’s rigorous schedule barely glance at the girl, the crocodile’s disguise initially succeeds.

The ensuing mischief will tickle children—they are insiders on silliness being played on the rigid, demanding authority figures. The crocodile tries to not swat anyone with his tail or bite them, but succumbs when instigated. Kids will laugh as he rips the King’s trousers and chews on his rear end. Meanwhile, instead of bathing, studying, and skipping rope, Princess Cora relaxes in nature. After the crocodile’s overzealous intervention, Princess Cora returns to set things right. The adults finally register the girl’s dissatisfaction and recognize other ways to properly raise a princess.

Floca’s ink, watercolor, and gouache images capture the humor as both the crocodile (dressed in a frock and mop wig) and the princess come undone. The crocodile’s antics cleverly contrast against Princess Cora’s quiet day.

A skilled storyteller, Schlitz satisfies her audience utilizing a child’s universal wishes. Princess Cora and the Crocodile will delight early readers as well as younger children. The heart of this princess and animal tale shows a kid needing a break from adult-imposed overscheduling—a message with modern appeal.