HOW WE BECAME WICKED
By Alexander Yates
(Atheneum/Caitlyn Dlouhy Books; $18.99, Ages 14 and up) 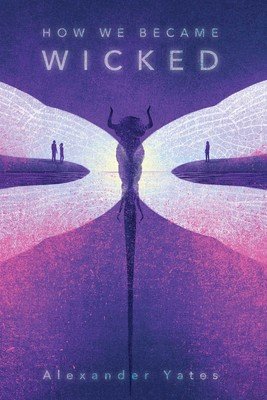 In the dystopian YA novel, How We Became Wicked by Alexander Yates, an insect-borne plague called the Wickedness has swept the planet. The people who remain are either wicked (infected), true (untouched), or vexed (immune). Three sixteen-year-olds survive the devastation.

Astrid and Hank reside in Goldsport, an enclosed community of elderly inhabitants; their world exists within its walls, a sanctuary founded by Astrid’s Grandpa Gold (now dead for twenty years). When the lighthouse on Puffin Island inexplicably turns on again, Astrid’s unanswered questions push her to find out all she can from the wealthy investors who built this safe place and now spend their days sporting their finery, comfortable with their stockpiled supplies.

On Puffin Island, Natalie’s life seems as barren and rocky as the island itself. Her mischievous and malicious grandfather remains locked away for safety’s sake. When Natalie and her pregnant mother have to deal with his shenanigans, their days ahead take an alarming turn.

I liked How We Became Wicked’s dual-perspective story from the insinuating title to the thoughtful story line. The wicked are an interesting lot, seemingly normal and almost childlike until their murderous intentions arise, reminding me a bit of zombies (when zombies are depicted with comical elements yet remaining relentlessly lethal). This book kept me hooked through its fast-paced chapters. My favorite part was the clever conclusion.