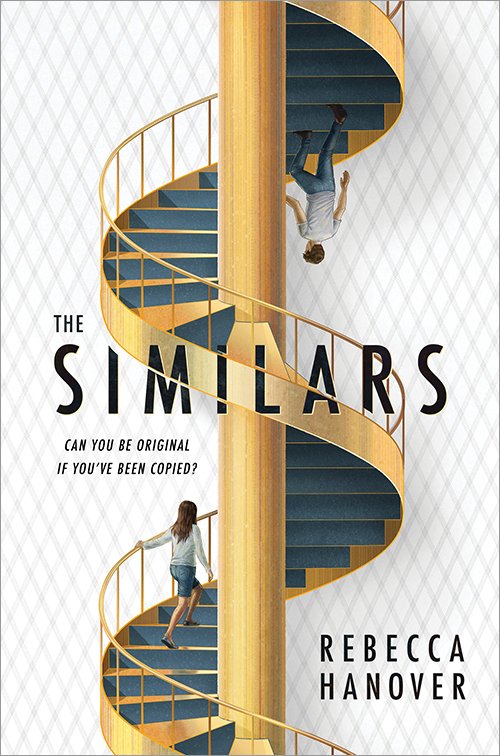 In Rebecca Hanover’s suspenseful young adult novel, The Similars, readers go inside Darkwood Academy, a forward-thinking, elite boarding school. It’s there that Headmaster Ransom gives six clones (teens called the Similars) a chance to attend alongside the student body. This is the first time the Similars will leave their amazing, isolated man-made island where they grew up strictly controlled by their guardian. The Similars are clones of current Darkwood students who had their DNA stolen and only recently met their doppelgängers. The controversial decision to allow the Similars to transfer in ignites the campus as a new school year begins. Only Emmaline “Emma” Chance, a junior, isn’t very interested; she’s still suffering from her best friend Oliver’s recent death. When the Similars are introduced, Emma’s shocked to learn Oliver has a clone named Levi.

The clones are the focus of DAAM (the Darkwood Academy Anti-Cloning Movement) headed by campus celebrity, Madison Huxley. Much to Madison and her family’s dismay, Madison’s been cloned and has to live with that fact daily at school. Though Emma continues to support clone rights, relating with Levi is difficult and confusing as she tries to figure out how he compares with Oliver. When Emma’s roommate and close friend, Pru, is attacked on campus, Emma breaks rules to get behind what’s really going on.

Set in the near-future, The Similars  has cool tech toys, such as the plum devices that kids wear on their wrists; Emma’s is named Dash and interacts with her on a human level. The fast-moving story line leaves you guessing. It also connects on an emotional level, inviting thought about clone rights, and sharing the turmoil of dealing with the death of someone close.