SUFFRAGETTE: THE BATTLE FOR EQUALITY 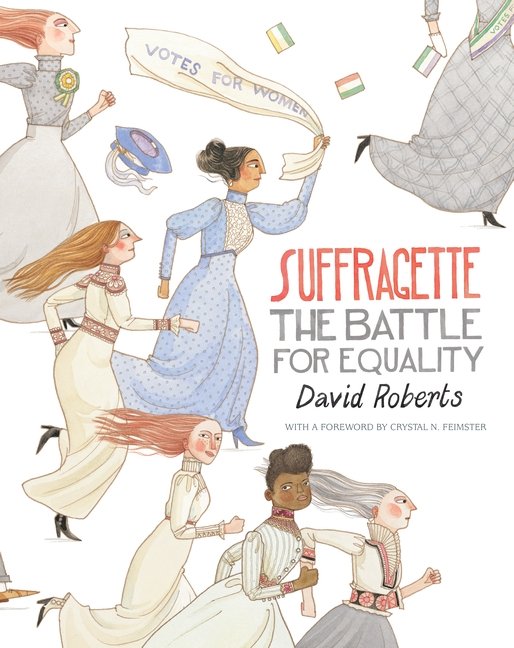 INTRO:
The right to vote in one’s own country was an international issue. In 1920 American women won the right to vote with the passage of the Nineteenth Amendment. However “black women in the American South were still denied the franchise” with myriad obstacles put in place to prevent both men and women of color from voting until the Voting Rights Act of 1965. In Great Britain, propertied women, women married to property owners, and university graduates over age 30 won the right to vote in 1918. It wasn’t until the Equal Franchise Act in 1928 that women over the age of 21 could vote. Limited access to education, unequal pay and other discriminatory practices at home such as child custody in cases of divorce, and in the workplace including long factory hours and unsafe conditions, made the fight for a woman’s right to vote more important than ever. As we celebrate the 100 year anniversary of the Nineteenth Amendment in America, it’s important to recognize that although much has been achieved in terms of women’s rights due to countless women’s (and men’s) tireless efforts, we still have a long way to go.

REVIEW:
I found myself so engrossed in this beautifully illustrated picture book that I lost all track of time. Roberts takes readers back to the early 20th century by combining engaging art and prose to shed light on the suffrage movement both in the U.S. and in the U.K.

Suffragette begins with a helpful foreword by Crystal N. Feimster, PhD of Yale’s Department of African American Studies. It focuses on the fledgling U.S. and U.K. suffrage movements in the 19th and early 20th centuries and briefly details efforts all the way up to the Voting Rights Act of 1965. Then, Roberts’ intro tells readers how he accidentally first learned about suffragettes (he didn’t mention Mrs. Banks from “Mary Poppins”) when he was 14-years-old and had to both write and illustrate an end-of-year exam project. In class a striking black and white book cover illustration of imprisoned women caught his attention. Roberts grew more passionate about women’s heroic campaign to get the vote as he researched the brave suffragettes. His dissatisfaction with gender inequality began then and still remains thirty years on which is why he embraced the opportunity to write and illustrate this book.

In addition to the history behind women’s right to vote, readers also learn about key events and individuals in the suffrage movement from 1903 to 1928. Suffrage offers insights into famous historical figures such a Millicent Garrett Fawcett, Emmeline Pankhurst, Ida B. Wells, and Susan B. Anthony. While more of the book covers the U.K. since this book was originally published there, there is still quite a lot about the U.S. suffrage movement and every example is fascinating regardless of which country. For example, how many people know that Queen Victoria was against women voting—and that her daughter Princess Louise secretly supported suffrage—or that Frederick Douglass was one of the few men in attendance at the historic 1848 Seneca Falls Convention? Suffragette also delves into the philosophies of different groups that emerged during the campaign for women’s rights. It’s no surprise that some factions chose civil disobedience while others preferred a more peaceful approach. Then, of course, there were those strongly against giving women the vote. These people were referred to as “Antis” or anti-suffrage and even included at one point Winston Churchill who ultimately changed his mind but “voted in favor of limited women’s suffrage in 1918.”

From attention-seeking tactics like going on hunger strikes in prison to going up into the sky in a hydrogen-filled airship emblazoned with the words THE WOMEN’S FREEDOM LEAGUE on one side and VOTES FOR WOMEN on the other while dropping leaflets, there seemed to be no limit to what these determined women would get up to for their cause. On November 18, 1910, aka Black Friday, British Prime Minister Asquith abandoned a Conciliation Bill that would have given some women the right to vote. What followed were brutal attacks on suffragettes waiting outside Parliament. The newspapers printed pictures of women hurt by police. But while the government optics were awful, with no headway made, the suffrage movement felt they had to resort to more extreme measures.

The unrelenting struggle for women’s right to vote continued until WWI when hundreds of thousands of men left home to fight. Over a million women in both the U.K. and the U.S. went to work to support their countries. “For the first time, women became police officers and firefighters, railway porters and ticket collectors, carpenters and electricians, street car and bus conductors, even chimney sweeps and gravediggers—all jobs that had previously been thought exclusively as “men’s work.” The tide began to change for the suffrage movement. After all, “If a woman was as capable as a man of doing a job, surely she was as capable of voting.” Soon there was no looking back.

This highly recommended 128-page nonfiction book is eye-opening reading. It’s divided into more than 40 mini-chapters usually no more than two pages long, and presented chronologically inviting a quick read or a deep dive in. I enjoyed learning more about the heroes of the women’s suffrage movement, primarily in the U.K., not only because as a woman this topic resonates with me, but also because these women changed the world. I hope young people find Suffrage as inspirational a book as I did and I hope teachers will consider Roberts’ book when seeking resources about the suffrage movement.