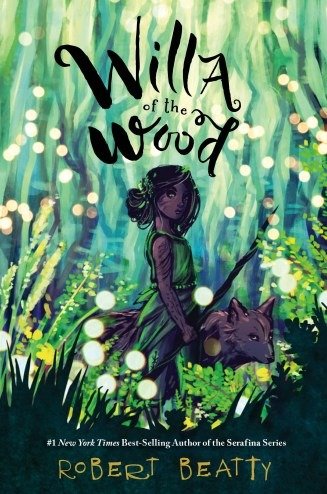 In Willa of the Wood, a middle-grade fantasy novel, twelve-year-old Willa is one of the last woodwitches in her Faeran clan. Willa lives with her mamaw, who teaches her how to communicate with plants and animals. Their kind are called “the old ones” by the Cherokee and “night-spirits” by the white-skinned homesteaders. Though Willa’s streaked and spotted skin blends into natural surroundings, she is as real as any other creature.

The year is1900 and, in the Great Smoky Mountains, Willa’s world is changing. The day-folk build unnatural dwellings from the carcasses of murdered trees and hunt the forest’s animals with their killing-sticks. The Faeran dwindle under the strict rule of their deified leader, the padaran. He demands that the young ones steal from the day-folk. Willa is the clan’s best thief because those who don’t return to Dead Hollow with a full satchel are denied food or physically punished. The padaran convinces them, “There is no I, only we.”

When Willa’s discoveries make her question the padaran’s decisions, she must choose between subservience to her clan’s new ways or accept the consequences of defiance.

The book’s twists will keep you guessing! Beatty pulls you into this captivating world with depth of setting and by showing us Willa’s many facets. Because of the scenes involving death, the padaran’s cruelty, and other complex issues, younger children may benefit from reading this book with an adult. Rich in story and detail, Willa of the Wood satisfies with its conclusion and promises to make readers eager for the next installment.

Willa of the Wood is the first book in a new series by Robert Beatty, known for his #1 New York Times best-selling Serafina series.