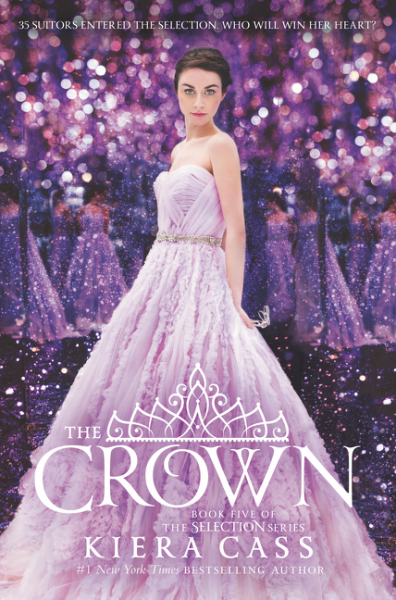 Since Kiera Cass’ The Heir left off on a heart-wrenching cliffhanger, we’ve been eagerly awaiting the next and final installment of The Selection series, The Crown. Princess Eadlyn faces the fear of possibly losing her mother, while having to step into very large and heavy shoes in the absence of her parents. As Maxon stays glued by his ailing wife’s side, Eadlyn must fill the role of both King and Queen while also continuing her Selection for the sake of her parents and her country. Eadlyn must also provide comfort for her younger brothers all on her own, as they are all still mourning the departure of Eadlyn’s twin brother, Ahren, after his surprise elopement to France. While the situation is extremely daunting, Eadlyn takes on these challenges, following in the strength of her mother, and blossoms into the woman she was always meant to be. She still struggles with whether love is actually possible for her, ever comparing it to the truest and deepest love her parents share, but she must find a way to do what’s right for herself, her family, and her people.

I recommend rereading the last few chapters of The Heir before reading The Crown to remember all the Selection candidates and Eadlyn’s feelings for each one. It reintegrated me back into the palace and Eadlyn’s life, allowing me to be wholly invested in her once again. I waited an entire year to read this book, and Kiera Cass did not disappoint. She gave me everything I wanted in an ending and allowed me, as a devoted reader, to lovingly say goodbye to these characters. I’m sad it’s over and will likely read the entire series again, just to experience it one more time.