THE SCENT OF SOMETHING SNEAKY
By Gail Hedrick
(Tumblehome Learning; $9.95, Ages 9-12) 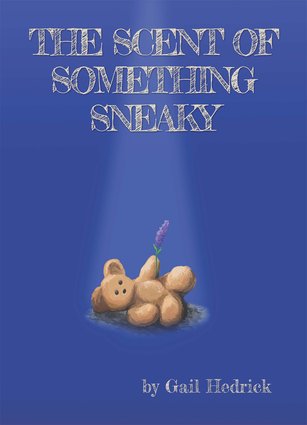 In The Smell of Something Sneaky, Emily Sanders, the small town heroine from Hedrick’s first middle grade novel, Something Stinks!, is back to solve another mystery, only this one’s a lot more dangerous. In this well-paced, satisfying sequel, Hedrick’s 14-year-old main character begins noticing suspicious incidents occurring at a North Caroline B & B owned by her friend Mary’s grandmother. While everyone around her thinks these incidents are unrelated, Emily can’t shake off the feeling they’re connected.

It’s summer break and peak season for the popular getaway, Baird’s Den, where Emily’s working alongside her friend to fill in during a temporary staff shortage. The action begins quickly when a guest gets hurt from a loose step board. But nails don’t just pop out and Emily begins to wonder if the nails she discovers nearby were deliberately removed. Her friend Mary thinks otherwise and remarks that just because Emily solved one crime doesn’t mean there’s anything sneaky going on this time around. It’s true that accidents do happen, but in this case it’s starting to look a lot like they’re being made to happen, and if so, why? A neighbor, and Baird’s Den helper, Alex, is more easily convinced than Mary, that something’s up when a septic tank begins to stink, then a swarm of bees make a hive on top of the house followed by an electrical fire in the B & B’s carriage house. Alex even tells Mary that Gigi, Mary’s grandma, had a fall down the cellar steps due to a faulty light bulb before the girls arrived in North Carolina. Yes, something’s surely amiss and Emily’s determined to get to the bottom of it. So, by presenting some convincing evidence, Emily recruits her pals to help get to the bottom of things and save Baird’s Den from a string of costly setbacks and possible closure. But the closer Emily’s sleuthing takes her to uncovering the culprit or culprits, the more at risk she puts herself and her friends.

Hedrick has woven in clues and several red herrings to keep budding tween detectives on their toes, my favorites being the “Audubon guy” who keeps appearing all over the place, and the overly cheerful “realtor girl.” There is a great cast of characters readers will enjoy getting to know including innkeeper extraordinaire Grandma Gigi, neighbor Alex Ortiz and his crafter mom, Mariella, Pete the Plumber, bee wrangler Barb Blackstone, shopkeeper Evan Moss of Mountain Artisans along with the ever changing list of B & B guests. It’s also much ado about all things olfactory in this middle grade mystery and not all of it is sneaky. I could smell the trees from Hedrick’s description of Baird’s Den situated near the edge of the woods where trails invited “hikers, bikers, and horses.” And then there’s lots about the cinnamon Gigi uses both in drinks and for special guests’ gifts as well as the enticing aroma of candles on display at Mountain Artisans handmade crafts store. In fact, scent even plays a role in detecting part of a crime scene!

The Scent of Something Sneaky makes for entertaining summer reading and may just set your mind wandering the next time you step foot in a craft store while on holiday.