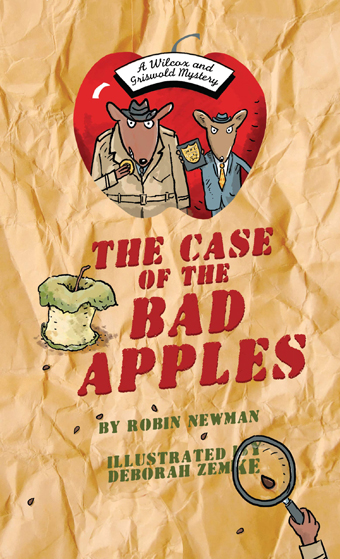 Following standard MFI procedure and employing all the relevant vocabulary (defined in notebook paper style spot art) over the course of five chapters, the rodent pair conduct their investigation leaving no pigsty, truck, or stone unturned. To find the culprit, the MFI team must study all the clues and interview a few farm residents whose names arise as suspects. First, there’s Sweet Pea, the piglet next door. Then there’s Herman the rat, and finally, there’s Hot Dog who may provide a missing link to all the evidence. A few red herrings (or apples) thrown into the mix add to the rising tension. Who, the mice wonder, would want to harm Porcini? Could it be any of the animals who Porcini’s accused of stealing his food?