COMPOST STEW:
AN A TO Z RECIPE FOR THE EARTH
Written by Mary McKenna Siddals
Illustrated by Ashley Wolff
(Tricycle Press/Random House Children’s Books;
$15.99 Hardcover, $7.99 Paperback, Ages 3 and up) 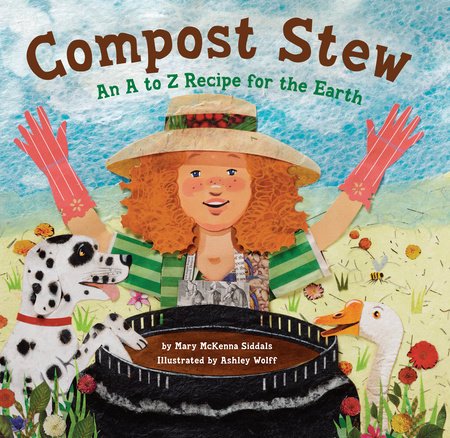 For International Compost Awareness Week I wanted to check out Mary McKenna Siddals’ popular picture book, Compost Stew, because it’s always recommended for Earth Day as well as when a well-crafted “green-themed” book is needed to share its important content. It turns out that while I had’t read it before, it felt so familiar because my daughter, around age five or six, used to make her own variation of compost stew although quite unintentionally! Who knew then that it would have helped our garden grow or that we were accidental environmentalists? 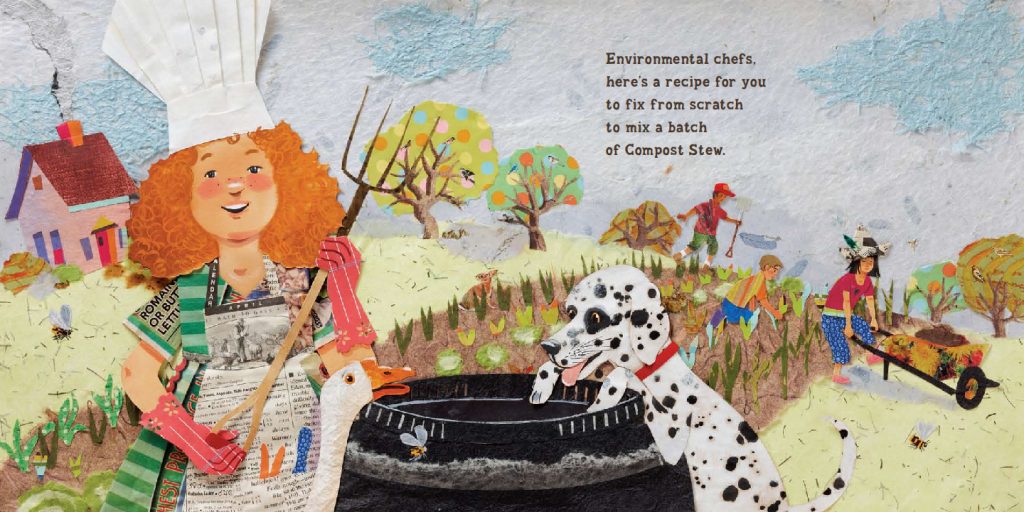 Earth’s resources are not infinite so it’s important for children to learn early on to treat our planet with respect, and how. In Compost Stew readers will be treated to a recipe for outdoor fun from A to Z beginning with “apple cores” and “bananas, bruised” all the way through to “yellow pine shavings” and “Zinnia heads.” But the best part is reading about what other ingredients get added to the environmentally friend concoction. Adding to the appeal of this story are illustrator Ashley Wolff’s “collage illustrations using recycled and found materials.” Not only do they pair perfectly together with Sidall’s prose, but looking at the newspaper and other items Wolff has incorporated into the artwork may yield some surprises like the stew itself. 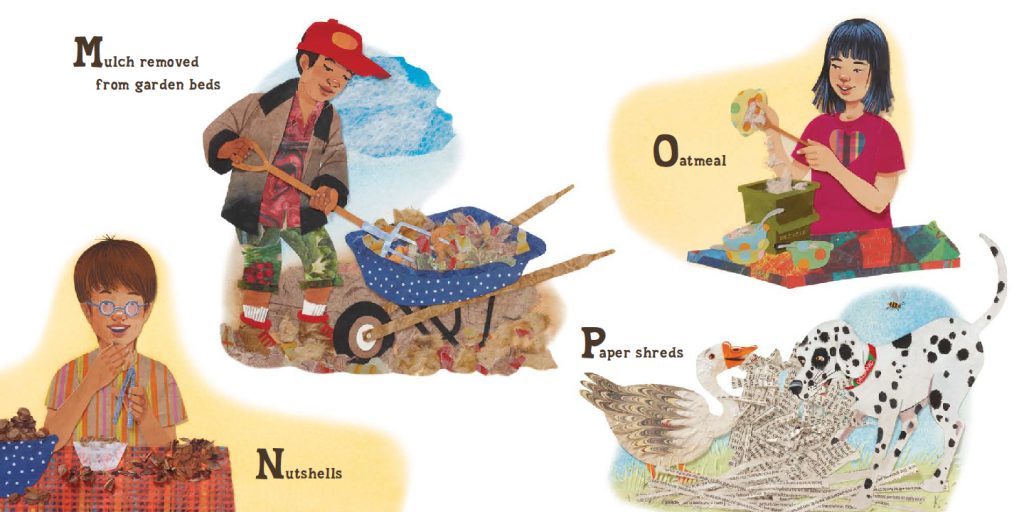 Siddals’ story, though eight years old, feels as fresh and appropriate today as it would have when first published. And caring for our planet never goes out of style! Having reviewed several of Siddals’ other picture books (Bringing the Outside In and Shivery Shades of Halloween) I should have known there would be catchy, clever rhyme involved bringing a bonus to this already engaging and educational story. 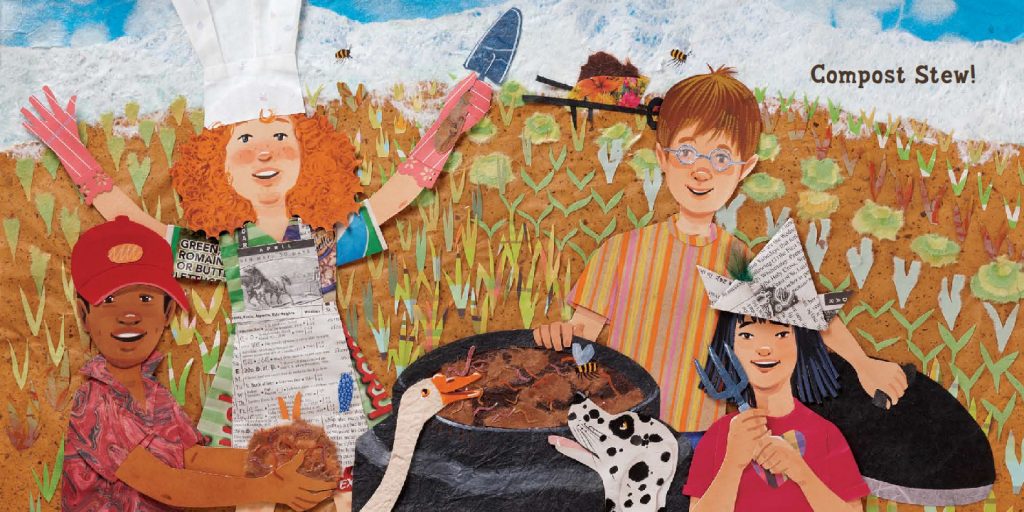 A helpful “Chef’s Note” is included as back matter so that youngsters will know what truly constitutes compost and what does not.

Grass clippings
Hair snippping
and an Insect or two

Just add to the pot
and let it all rot
into Compost Stew.

For example, egg shells are okay but not meat or dairy. Siddals also smartly advises readers to check with authorities for local regulations. Keeping that in mind, it’s time to start looking around to see what might go into your very first compost stew. Happy cooking!

Behind-the-scenes with illustrator Ashley Wolff on the making of Compost Stew:
https://gotstorycountdown.wordpress.com/2011/04/22/earth-day/

Illustrator Ashley Wolff on the creation of Compost Stew:
https://dulemba.blogspot.ca/2015/04/ashley-wolffs-compost-stew.html

Gift It! The Power of CUTE

Like the monster featured in this adorable and truly original lift-the-flaps, pull-the-tabs, turn-the-wheels and pop-ups…

An Interview With MG & YA Author Deborah Lytton