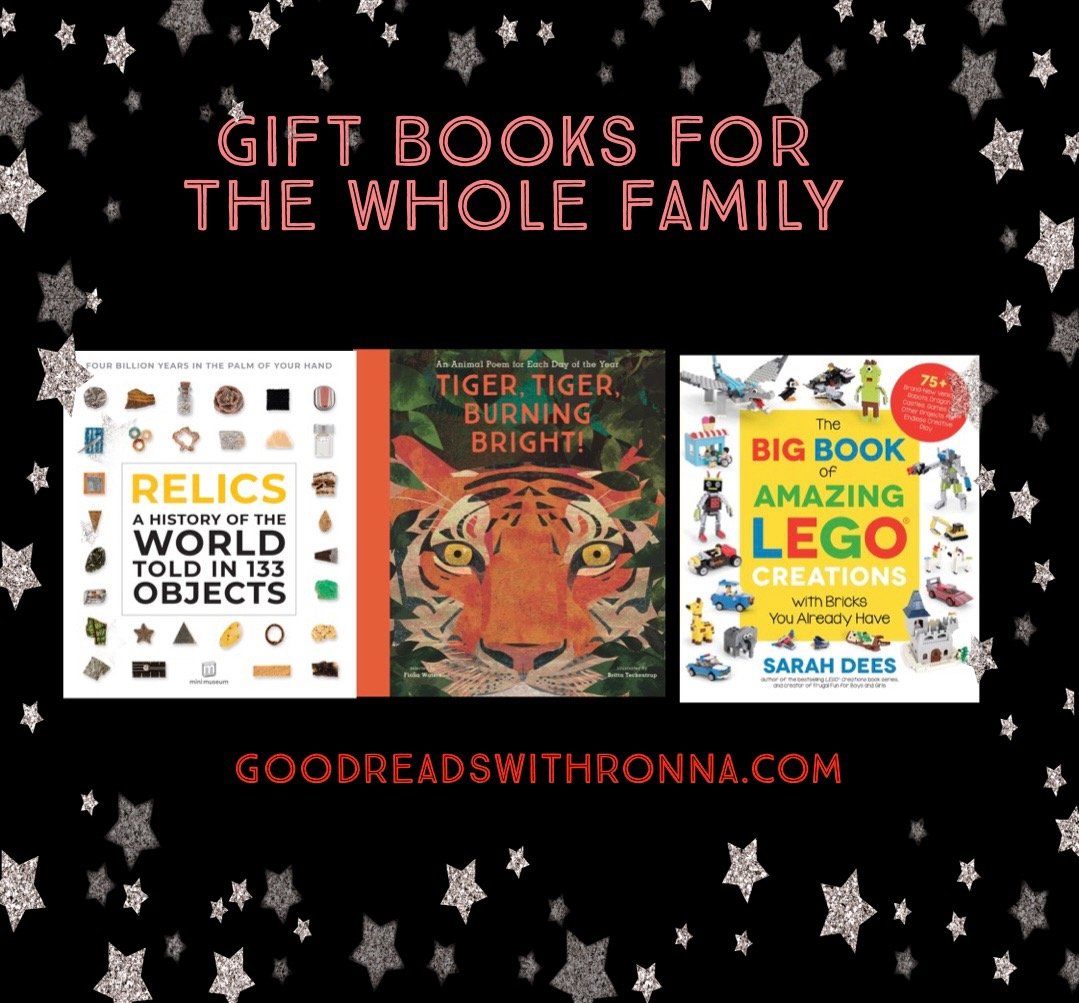 GIFT BOOKS FOR THE WHOLE FAMILY 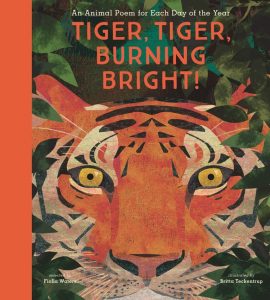 Louise  Bolongaro, Head of Picture Books at Nosy Crow, describes poems as bite-sized worlds that can be snacked on word by word or swallowed whole in one big gulp. I could not agree more. That’s why this new collection of poems for each day of the year is indeed a treat to be savored whether read daily, weekly, monthly, or whenever the mood strikes you. There are recognizable names such as Emily Dickinson, Russell Hoban, Mary Ann Hoberman, Myra Cohn Livingston, Ogden Nash, Jack Prelutsky, Christina Rossetti, Judith Viorst, and Jane Yolen, but there are many others to discover. One morsel of an author’s words may introduce a delicious poetry experience for children (or parents), much like trying a new food. Though in this case, it’s all fabulous food for thought!

Take for example the poem presented for February 17th, “The Platypus” a whimsical ode to the creature by Oliver Herford who notes that “The scientists were sorely vexed/To classify him; so perplexed/Their brains, that they, with Rage, at bay,/Called him a horrid name one day, — …” Then leave winter and head to spring for poems about bears and bats, coyotes and crows, goats, gorillas, and seagulls. In summer, fall, and back again to winter days, hundreds of poems showcase a rich selection of animals from aardvark to scorpions, and from swans to swallows not to mention bees, butterflies, parrots, and hippos. Waters has curated this excellent anthology with a mix of poems that is as varied as the animals themselves.

Fans of nature will delight in Britta Teckentrup’s lush illustrations that bring texture and soft tones to every expansive page. This must-read 328-page picture book will likely turn youngsters into poetry lovers. I recommend seeking out a poem for a child’s birthday as one fun way into the book or searching in the index for their favorite animal and starting from there. As you can tell, there are myriad ways to enjoy this unique and inviting book, but the most important thing is to simply see for yourself. 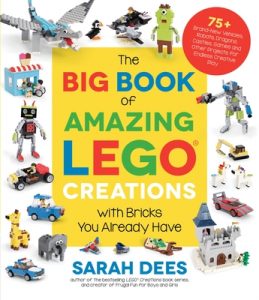 Here’s a book to keep the whole family busy this holiday season and beyond. I used to spend hours with my son coming up with new designs from his box of Legos and perhaps you’ve done the same. Page Street says that “This time around, Sarah includes chapters for mini projects and LEGO art, both of which have been popular categories on her blog but never explored in her previous books.” In other words, you’ll likely want her to check out her blog (Frugal Fun for Boys and Girls) and get a hold of her other books in this series after you’ve finished with this one. However, The Big Book of Amazing Lego Creations seems like a super place to start especially given the 75 projects in this book alone!

I love a book designed to inspire new creations your kids might have never considered. And, given the success of her previous books, Dees has definitely found a brilliant way to make use of the bevy of bricks your kids have accumulated that you’d ordinarily never think twice about except when you step on one in your bare feet!

The book opens with two pages suggesting how to best use this book. Get your children to think about what they’d like to build so they know how to proceed. Then organize bricks (darn, we never did that and it makes perfect sense), and take advantage of the step-by-step instructions and full-color photos. I wouldn’t be surprised if many kids reading the book figure out even more ways to craft something after being inspired by Dees’ projects. I found the “Brick Guide” section very helpful. If your children have the wherewithal, they can even divide up the pieces by color, too.

The book is cleverly divided into categories so choosing what to make is easy. There’s “Amazing Vehicles,” “Living in Lego Town” (my favorite), “Fairytale Chronicles,” “Tek Agents and the Villain Bot,” “Vacation by the Sea” (second fave), “Awesome Mini Builds,” and “Play and Display.” I got so excited when I saw there was a School Classroom creative challenge on page 80 in the “Living in Lego Town” section. My son and I always improvised when building rooms, but this detailed project makes me wish he were eight again so we could try it out because it is so cool. Instructions on how to assemble a Tiny Car can be found on page 89.  Dees writes that “This petite sedan might just be the cutest car made out of bricks,” perfect for minifigures to drive and ideal to color customize. The Miniature Golf Course creative challenge on page 244 is also quite cool. All you need are a few marbles and the pieces described to set up your own at-home activity!

No matter what your child’s level, this accessible book will entertain and engage them (and hopefully parents too) for hours on end. 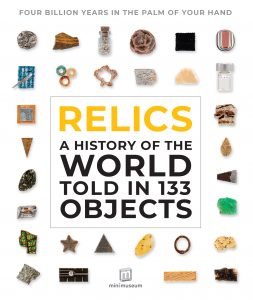 RELICS: A History of the World Told in 133 Objects
Written by Jamie Grove, Max Grove, Mini Museum
(Weldon Owen; $30, Ages 12 and up)

Since I am an armchair time traveler, the idea of this book appealed to me so I had to see for myself what looking at these 133 relics would reveal. The folks who comprise Mini Museum state their mission “is to share the love of science and history with the world! We do this by creating collections of rare and unique objects from across space and time.” What better way to explore history when it’s been lovingly curated by individuals committed to sharing their passion?

Whether you’re interested in some or all of the following categories “Earth Before Humans,” “The Ancient & Early Modern World” or “The World As We  Know It,” the sections conveniently and colorfully put “Four Billion Years in the Palm of Your Hand.” I used the handy table of contents to find objects that interested me and went from there.

As an L.A. resident, I was immediately drawn to page 92 to read about the La Brea Tar Pits, a place we take all out-of-town guests. The specimen photo is of a fossil excavated from the petroleum seep that has become “lake-like” and where, over the millennia, animals have been trapped providing scientists with a rich and sometimes surprising selection of remains. In addition to the photo page, the second page of background info dives deeper for those seeking more than a brief explanation.  Jumping ahead to page 232, I was curious about the Soviet Spy Button, a specimen that “is a spy camera disguised as a button used by the Soviet agents in the Cold War.” A fact box further explains that “Spy camera technology came in many forms: Television sets, cigarette boxes, ties, rings, alarm clocks, and pens. At one point, the CIA even planted a microphone within the ear canal of a cat!” It’s info about specimens such as this one, or about a piece from the first transatlantic cable or the fragment of Libyan desert glass that may have formed over 28.5 million years ago (a piece of which has been found in King Tut’s tomb), that you and your teens will find fascinating, making Relics hard to put down. This packed-to-the-brim coffee table book, a certain conversation starter, will be a welcome gift for family and friends.