Maybe it’s because fall is my favorite season. Maybe it’s because the weather gets a bit cooler here in L.A. The street where I live gets tons of trick or treaters beginning about five o’clock with the littlest monsters, penguins, princesses and elves making an appearance before bedtime. The creative costumes never cease to amaze me. One year I recall we had a Mozart, a rain cloud and a laundry basket!  I look forward to every shouted TRICK OR TREAT?!  In honor of Halloween I’ve put together a varied selection of books to sit down and peruse after they’ve emptied bags and examined their hauls.

WHERE’S BOO? (A Hide-and-Seek Book) by Salina Yoon, Random House Books for Young Readers, $6.99, Ages 0-3. This interactive board book will attract little ones with its velvety-faced kitty on the cover and velvety tail at the end. Parents can help children solve the mystery of where Boo is hiding beginning with a jack-o’-lantern and ending with a door in this die-cut 18 page guessing game. The pictures are sweet not scary, a perfect introduction to All Hallows Eve!

VAMPIRINA BALLERINA HOSTS A SLEEPOVER by Anne Marie Pace with illustrations by LeUyen Pham, Disney-Hyperion, $16.99, ages 3-5. Last year’s Vampirina Ballerina was so popular she’s back again and this time she’s hosting a sleepover. While this picture book is not strictly for Halloween, what better time of year than right now to share a vampire tale? Dad helps with homemade spider invitations, Vampirina tidies up, the menu is prepared and the sleepover party begins! Full of the same delightful detailed artwork featuring all the necessary vampire accoutrements including caskets and headstones plus all the not-to-be-missed facial expressions courtesy of Pham, this latest picture book is something to sink your teeth into. Pace throws in puns galore so parents can get a giggle, too. There’s even a pull-out spread to add to its appeal.  This sleepover’s a lids down success.

GHOST IN THE HOUSE by Ammi-Joan Paquette with illustrations by Adam Record, Candlewick Press, $15.99, Ages 3-7. What works so well in this picture book is that it’s not only a cumulative counting book beginning with a little ghost, but it’s a fun read-aloud as well with its catchy rhythm and rhyme. Ghost in the House manages to mix a slightly spooky premise and lighten it with a cute cast of characters including a mummy, a monster, a skeleton, a witch and a little boy. The bonus: No trick or treaters anywhere in sight makes it an ideal read for any dark and stormy night!

HALLOWEEN HUSTLE by Charlotte Gunnufson with illustrations by Kevan J. Atteberry, Two Lions/Amazon Children’s Publishing, $16.99, Ages 4-8. Get ready to boogie to a funky beat that will get your youngsters chiming in. Skeleton’s in a dancing mood, in fact he’s got a whole crew of hustling creatures following his lead, but things keep tripping him up, first a crooked crack, then a cat and finally a zombie’s foot. Here’s the catchy refrain your kids will latch onto:

“Bones scatter!
What a clatter!
Spine is like a broken ladder!”

There’s a hoppin’ Halloween party where Skeleton enters a dance contest, but can he keep it all together?  Let’s see what a friendly skeleton girl and a little super-strong glue can do!

OL’ CLIP CLOP, A GHOST STORY by Patricia C. McKissack with illustrations by Eric Velasquez, Holiday House, $16.95, ages 6-9. This haunting, well-paced and tersely written story is one you’ll want to tell by a roaring fire while huddled next to your child. The climax, where there’s usually a fright, though not as scary for an adult as it may be for a child, is deeply satisfying. The good part is that it’s actually a happy ending because it’s good riddance to the villain, mean John Leep. This well-off, but miserly and greedy landlord has a cruel fate planned for the widow Mayes of Grass Hollow. He’ll demand the rent in full or evict her, throwing her out into the night on a cold Friday the thirteenth, 1741. Velasquez’s artwork of dark upon dark sets the ominous nighttime mood, with the lightest color being the white of widow Mayes’s cap and mean Leep’s linens. The clip, clop, clip, clop sound of Leep’s horse Major gets more and more frightening as Leep feels he is being followed on his way to the widow’s house. What’s in store for the stingy man as leaves the desperate widow wondering if she’ll lose her home? Will he make it home alive? 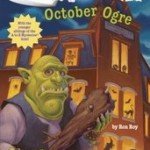 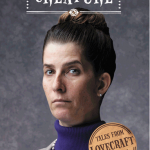 TWISTED MYTHS: 20 CLASSIC STORIES WITH A DARK AND DANGEROUS HEART

by Maura McHugh with illustrations by Jane Laurie,
Barrons Educational Series, Inc., $19.99, Ages 11 and up.

Find these books at your local independent book seller or online today.