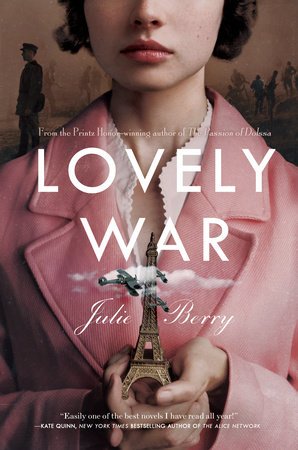 “Make a Picture For Us, Horace!”

Horace? Have you ever heard of Horace Pippin?

Take your children on a journey back in time to learn about a man compelled to make pictures from a very young age. I let A Splash of Red: The Life and Art of Horace Pippin ($17.99, Alfred A. Knopf Books for Young Readers, ages 5-8) simply wash over me as I read about an artist whose works I now so want to discover and enjoy. 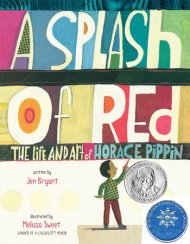 From the team behind the Caldecott Honor-winning A River of Words (that would be Jen Bryant and Melissa Sweet) comes this remarkable, uplifting story of an African American WWI veteran who couldn’t stop drawing even with a war wound that badly damaged his right arm. I found myself rooting for this determined and resourceful man and was thrilled when fame finally caught up with him.

There are just so many interesting elements in this absorbingly written and creatively imagined and illustrated picture book. These include newspaper headlines, quotes, glimpses of the artist at work, some of his art and back pages with notes galore from both author and illustrator, further reading suggestions, websites and a map of where in the U.S. you can see Pippin’s art. Suffice it to say you will not be disappointed when reading about Horace’s youth in first Pennsylvania then New York, his assorted trials and travails following WWI all the way up to his eventual recognition some four plus decades later as a folk artist when he was once again living in Pennsylvania. The way this award-winning team of Bryant and Sweet have managed to capture the essence of all that was Horace Pippin, from his love of the feel of charcoal to his impressive drive to retrain himself to draw inspired by an iron poker, deserves tremendous praise.

I cannot say enough wonderful things about A Splash of Red: The Life and Art of Horace Pippin  and am delighted Pippin’s talent has been brought to the fore so everyone can have the opportunity to admire and enjoy his unique American art.