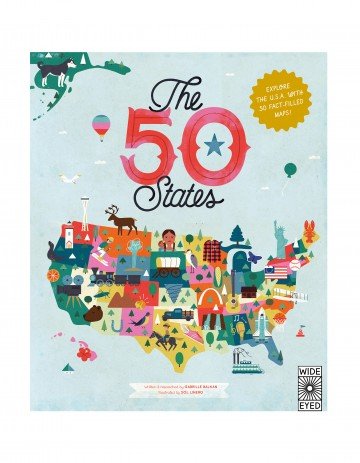 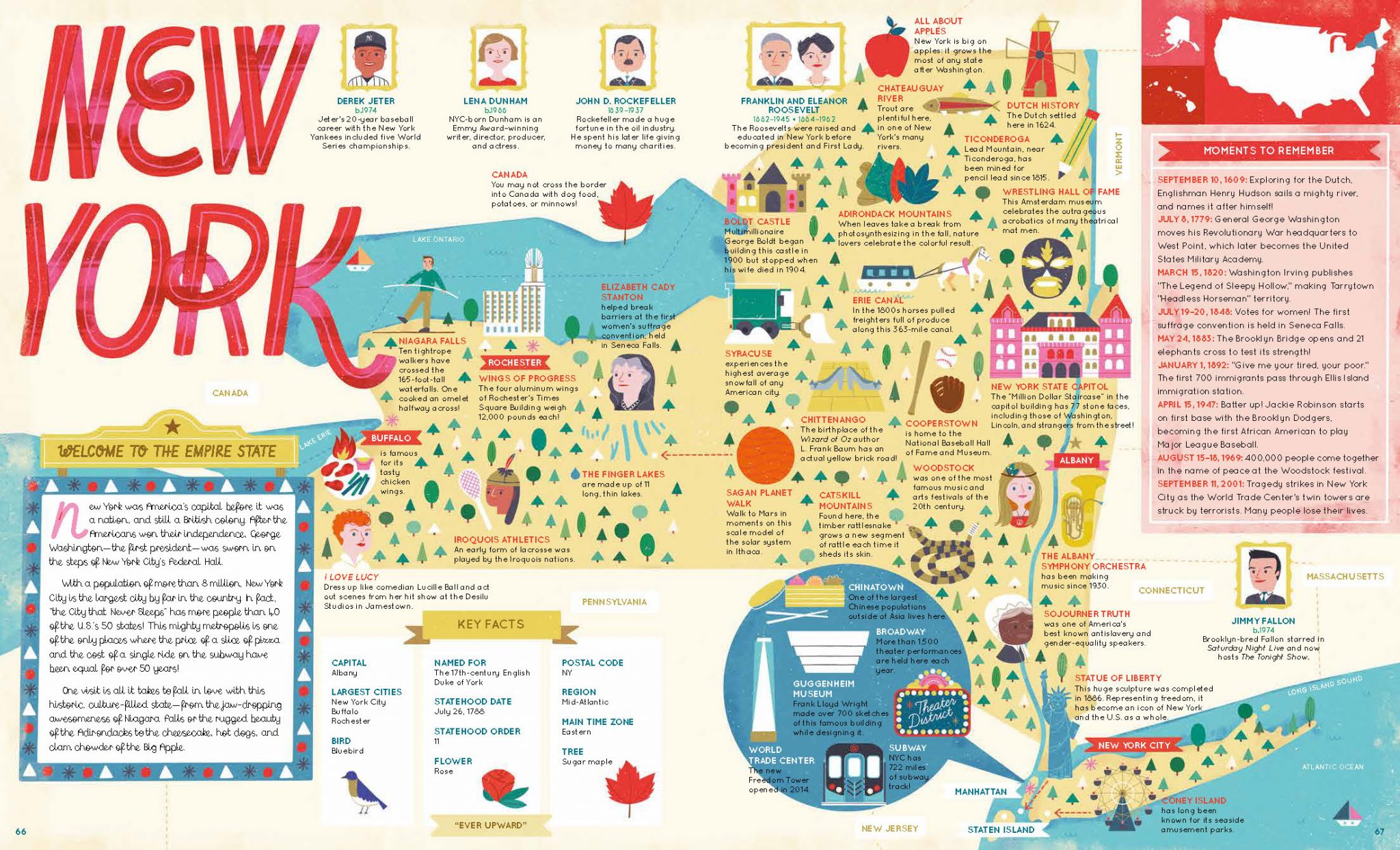 Interior artwork from The 50 States: Explore the U.S.A. with 50 fact-filled maps! by Gabrielle Balkan with illustrations by Sol Linero, Wide Eyed Editions ©2015.