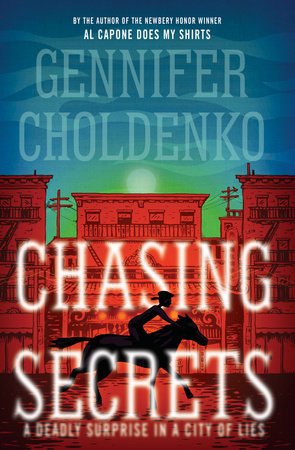 Catherine Linka shares her picks for …

This fall, there are several new novels for young readers that offer the flavor and feel of classics. I read these books before they were published, looking forward to the day when I could hand them to readers and say, “I think you’ll love this.” Pick these up for holiday gifts for readers aged 8-13.

This reminds me a bit of THE WIZARD OF OZ. Beautifully written, with a lush and dramatic setting “Below.” Liza realizes that her little brother’s soul was stolen in his sleep by Spindlers, spider-like creatures, so she goes Below to get it back. Liza must befriend Mirabella, a tricky rat, to find her brother and the evil queen who holds his soul.  Great read aloud with action and themes of friendship and family. For independent readers 9+.

Inspired by THE SECRET GARDEN, this was a huge hit with our Advance Reader Club of 5th and 6th graders. Roo loses her parents and goes to live with her reclusive uncle in what was once a Children’s Hospital on an island in the Saint Lawrence river. There’s a mystery inside the walls of this old building and Roo sets out to uncover it. (9+)

Summer and her little sister, Bird, wake up to find their parents have disappeared into the woods. Searching the woods for their mom and dad, Bird follows a birdsong to a strange and wintery land where the birds await the return of the missing swan queen. While THE SPINDLERS is dramatic, SUMMER AND BIRD is dreamlike. Read it before bed. 9+.

A great story for kids who befriend someone who may not be honest with them. Two boys, neighbors in a NYC apartment building, team up to spy on a resident they suspect of a crime. By the author of the Newbery-award winner, WHEN YOU REACH ME. Perfect for mother-daughter book clubs. (9+)  NOTE:  Read the GRWR review of this book by middle grade author Kristen Kittscher by clicking here.

For fans of Kate DiCamillo or Deb Wiles. A beautifully written story about a girl trying to keep her siblings together when their guardian gets sick. Strong themes of family loyalty, leadership, challenge of honesty.  Pride, the eldest girl is a terrific lead character. This funny and sweet story is perfect for mother-daughter book clubs. (9+)

Please visit the Flintridge Bookstore today to pick up your copy of these great books, buy gifts, enjoy their extensive selection of other great reads  and relax over a great cup of coffee.  Also visit the website at www.flintridgebooks.com to keep up-to-date with story times, author events and other exciting special events.