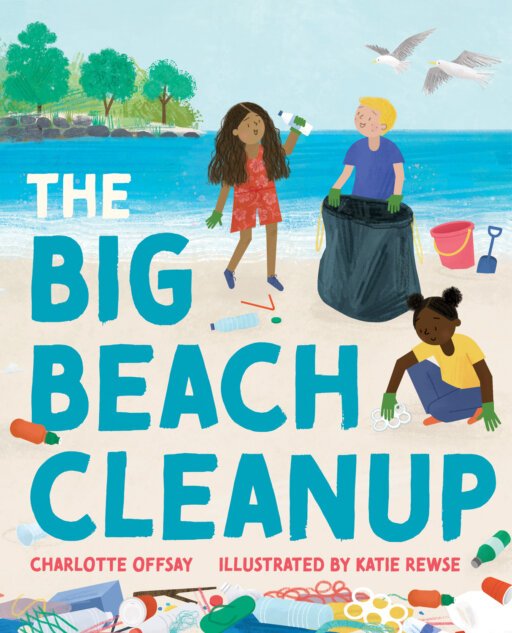 
Together with her mom, the pair clean up what they can but four hands will never be enough. The next day Cora and her mom return, this time with Grandpa in tow, but the task of collecting the vast amount of litter and empties feels daunting for just six hands to tackle. Cora’s grandfather also explains how animals mistake the trash for food which further concerns the little girl. Clearly this pollution is wreaking havoc on the environment and its inhabitants. Then Cora comes up with a plan.