It was an emotional moment when, this past Monday, June 1st, the Astrid Lindgren Memorial Award (ALMA) was presented to PRAESA of South Africa by Swedish Minister for Culture and Democracy Alice Bah Kuhnke. PRAESA (Project for the Study of Alternative Education in South Africa), is the first laureate ever from the African continent. 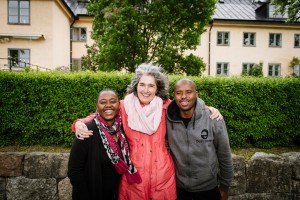 PRAESA, an organization working to promote reading and literature for children and young people in South Africa since 1992, is based in Cape Town. It was founded by the political activist Neville Alexander who was imprisoned on Robben Island during South African apartheid era as a fellow- prisoner of Nelson Mandela. The organization emerged from Neville Alexander’s struggle against the apartheid education, intending to document alternatives that had been tried out that could inform the new education process. 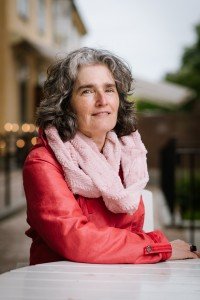 “We believe that the stories we tell, write and read can change lives. Sharing stories inspire us all to struggle against becoming overwhelmed by the challenges we meet each day in our fractured and profoundly unequal society. This is also the impetus behind the Nal’ibali reading-for-enjoyment campaign PRAESA runs.”

The Minister for Culture and Democracy, Alice Bah Kuhnke, underlined the importance of culture for democracy:

“For me as a minister of both culture and democracy it is very encouraging to see PRAESA’s successful work using culture to strengthen democracy. A wide range of culture, arts and literature that reaches both adults and children is a prerequisite for democratic development and for preserving democracy.”

Artist Kristina Amparo performed her own songs during the evening, and Swedish rap artist Petter performed his own text Fäller en tår. The program also included a street dance performance inspired by the South African Kwaito music style. Host for the evening was Ingemar Fasth, Head of Literature and Libraries at Kulturhuset Stadsteatern. 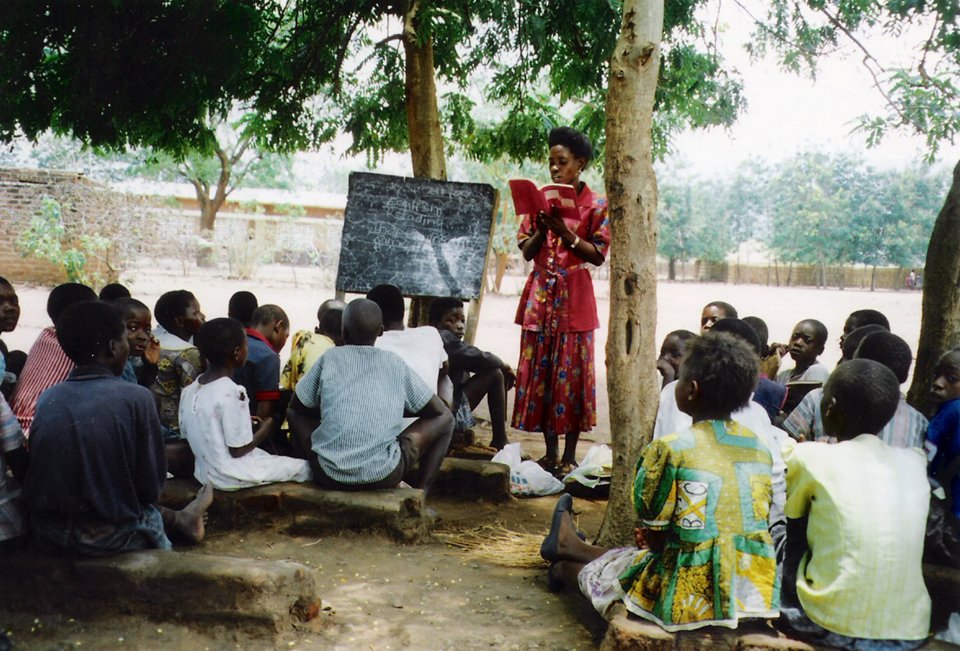 The Astrid Lindgren Memorial Award (ALMA) is the world’s largest prize for children’s and young adult literature. The award, which amounts to SEK 5,000,000 (or U.S. $602,177.50), is awarded annually to a single recipient or to several. Authors, illustrators, oral storytellers and those active in reading promotion may be rewarded. The award is designed to promote interest in children’s and young adult literature, and in children’s rights, globally. An expert jury selects the winners from candidates nominated by institutions and organizations worldwide. The Astrid Lindgren Memorial Award is administered by the Swedish Arts Council. Last year’s winner was Barbro Lindgren.

While there may be a lot of children’s books about bullying, Desmond and the Very Mean Word ($15.99, Candlewick, ages 6 and up) by Archbishop Desmond Tutu and Douglas Carlton Abrams with illustrations by A. G. Ford, stands out for several reasons.

First and foremost is that this story is based on a true account from the childhood of Nobel Peace Prize winner Archbishop Desmond Tutu of South Africa. Second is the book’s overriding theme of forgiveness as a way to free one’s soul of hate, hurt and bitterness.  Readers learn that “getting back” at someone who causes the hurt only breeds a vicious cycle of more hostility.

Not every child bullied will be able to embrace this philosophy. Not every parent will agree with this approach, but it certainly warrants consideration and may serve as a good starting point for a conversation on racism in the 21st century.

In apartheid era South Africa, young Desmond, a black youth, is pedaling his shiny new bike (the only one in his township) and is harassed by several white boys who call him something cruel and hurtful. Desmond, quite shaken by the experience, arrives at Father Trevor’s office. Once in this caring man’s presence, the boy forgets his main purpose for the visit – to show the man who played such an important role in Desmond’s life the thing that was bringing him newfound joy – the bicycle. Instead Desmond shares his pain with Father Trevor who asks the youngster if he can forgive the mean boys for using such a mean, hurtful word.  “No! Never!” replies an angry Desmond.

Readers learn at the book’s end that Father Trevor (Huddleston), in addition to being a mentor to so many, was also a prominent and influential voice in the anti-apartheid movement. His dreams of peace and equality in South Africa, where he rose to the position of Archbishop, were eventually realized, but not without years of struggle. There were thousands of Desmonds being hurt daily, and this one particular Desmond could not erase the very mean word from his mind. It seemed to rear its ugly head everywhere. When Father Trevor shares the secret of forgiveness as a powerful way to heal hearts, Desmond realizes he is finally ready to forgive, and once doing so becomes free of all the hurt he’s been feeling.

Desmond and the Very Mean Word is ideal for a circle time discussion in elementary school during Bullying Prevention Awareness Month and for Social Science classes to use to explore apartheid and segregation.  The book’s message is a positive one especially when you consider the peaceful paths both Archbishops followed. Ford’s vivid artwork adds just the right combination of mood and locale to the story and helps make this book a truly enjoyable read.