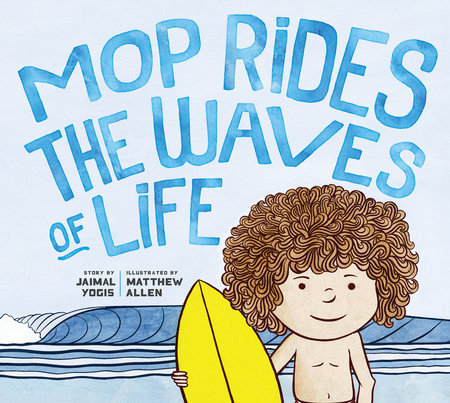 Readers see the words Fear, Anger, and Sadness written inside the waves as Mop sits on his yellow surfboard. Life’s ups and downs are as natural as the ocean’s waves explains his mother. Mop then recalls his Mom’s words of wisdom as he glides under the waves and flips his board. He deals with it. He’s learned from his mother’s powerful surfing metaphors that “falling is the best way to learn.” 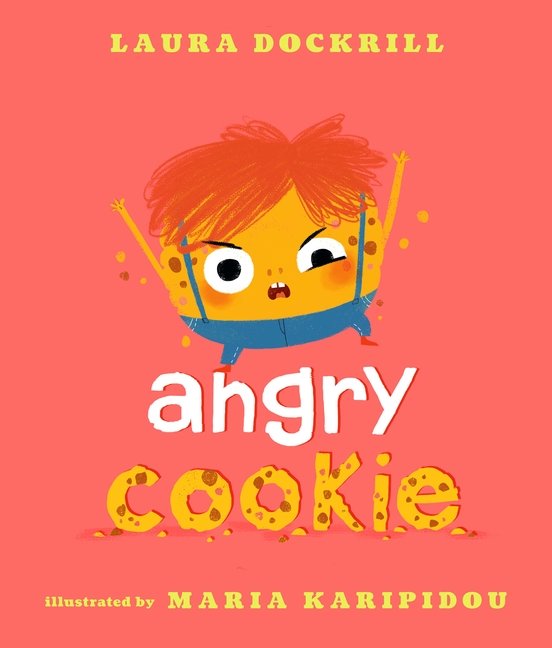 Written by Laura Dockrill and illustrated by Maria Karipidou, Angry Cookie is a hilarious and clever way to engage young children with the topic of emotions. Ironically, the conversation begins because of Angry Cookie’s every effort to shut us out.

On the book jacket, Cookie warns us readers with an adorably menacing look, “You opened the book! You better not read it … I am very angry, and there is NOTHING you can do about it!” He calls us (silly) names, he bids us an abrupt farewell, and even tries to end the story prematurely with a curt “The end.”

Try as he may, he knows he can’t get rid of us. In fact, our presence begins to slowly shed light on his dark mood. Though he may feel anger gives him a sense of power, we see it’s his way of protecting his hurt feelings. Dockrill’s sense of humor creates a safe space for children to approach the issue of anger and the multiple layers of emotion it masks. When you’re angry every little thing gets on your nerves—even the fact that you have to use the “grown-up spicy” toothpaste when the “delicious, yummy, strawberry-pudding” one ran out. But it’s never about the toothpaste … or the bad haircut … or the ice cream parlor running out of your favorite “most wonderful vanilla sundae.” Underneath the anger, feelings of rejection, pain, and loneliness trouble Cookie. Illustrations wonderfully balance this vulnerable side of the story. Karipidou’s soft pastels create a friendly space with Cookie being at the center of many pages, drawing our attention to his voice (and, on two occasions, his butt!).

Once his anger is gone, Cookie can finally see the truth—that the person he found “annoying” is really the friend he needed to care about him and lend a listening ear. Feeling validated, Cookie can shed off his former perspective and start enjoying the things that previously bothered him. He can separate himself from his feelings and recognize that, though he was acting like a “grumpy lump,” he’s not the same cookie anymore.

This book is a wonderful resource parents, educators, and caregivers can use to talk to young children about how anger feels as they’re going through it themselves or when they notice it in someone else. Angry Cookie will leave readers feeling anything by angry.