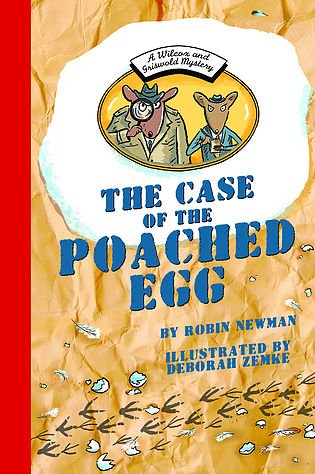 My 11-year-old son Coleman has always been a voracious reader. The past few months he’s devoured some interesting middle grade books and I’ll be sharing some of his thoughts on what he’s read and loved.  The good news is that he’s discovered a slew of great books in all sorts of genres by a variety of very talented authors. We’ll begin our conversation by discussing a new series called The Song of the Winns and the first book in the Gerander trilogy is entitled The Secret of The Ginger Mice ($12.95, Running Press, ages 8 and up) by Frances Watts with illustrations by David Francis.   – Chosen as a Children’s Book Council of Australia Notable Book 2011

Q. In a nutshell, if you described this book to friends, what would you tell them it was about?

A. I’d have to say this book is part mystery, part adventure about mice triplets. When Alice and Alex, two of the triplets discover their other brother has gone missing, Alice and Alex set out on a journey to find Alistair (a ginger mouse unlike the other two) and learn why he has possibly been mousenapped.

Q. Where do the mice live in the story?

Q. Tell us something about the triplets. What are they like, what challenges do they face trying to locate Alistair?

A. Alex and Alice are very adventurous yet Alistair is the type who would rather sit on a chair, snuggle with his scarf and read a book.  The two siblings face many obstacles during their exploits like Alex eating all the food on the first day of the journey, encounters with two-faced spies, and being locked in a cellar with almost no way out.

Q. How do the struggles in Gerander affect the triplets?

A. Semi-Spoiler Alert:  Most of the ginger mice come from Gerander, and Souris wants to eliminate all of the ginger mice no matter where they are from so it will be easier to invade and conquer Gerander. As it happens Alistair was mousenapped by FIG, a pro-Gerander secret organization, in order to keep him safe from Souris mousenappers and spies. So all the time Alice and Alex are worried, Alistair is actually safe.  It’s when Alistair tries to escape to go home that his real problems begin.

Q. What did you enjoy most about this book?

A. It’s so hard to pinpoint one thing that I liked because there were so many things in the story I found enjoyable.  I cared about the mice and felt how they did. I thought the story idea was clever and it kept me turning the pages to see what crazy things Alistair was going to get up to, unlike how he usually behaved. The setting was quite realistic and it was easy getting caught up in the story.

Q. How did you feel when you finished the book?

Q. Who would like The Secret of The Ginger Mice?

A. Anyone who can read well and likes adventure books with lots of surprises would find this a terrific book. In other words probably 3rd through 5th graders, or kids even younger if their parents read it to them. I can’t wait for book #2.

NOISY NORA, written and illustrated by Rosemary Wells ($15.99, hardcover; $6.99, paperback, Viking, ages 1-5), is a tried and true classic according to guest reviewer Lindy Michaels of BookStar on Ventura Blvd. in Studio City.

What in blazes does it take to get a little attention from one’s parents when one has two needy siblings? That’s what little mousy Nora wonders. No, she’s not actually ‘mousy.’ She IS a mouse! “Jack had dinner early. Father played with Kate. Jack needed burping and Nora had to wait.” But Nora certainly did not go quietly into that good night.

“First she banged the window, then she slammed the door. Then she dropped her sister’s marbles on the kitchen floor.” This is what highly paid child psychologists like to call “getting negative attention,” big time. Sound familiar, mommies and daddies with multiple little ones? What could it possibly take for Nora to get any kind of attention, positive or negative? Here’s a hint. There’s a mad search and then, wait for it… a “monumental crash!”

All I can say, good children, everywhere, is please don’t try this at home. I’ve been reading NOISY NORA to little tykes since it was first published in 1973 and I never tire of telling this tale, nor laughing at adorable, albeit, noisy Nora’s antics, as she tries everything in her power just to get noticed. And trust me, get noticed she does!

The very versatile Lindy Michaels aims to inspire young minds through children’s literature. Lindy owned L.A.’s first children’s bookshop, OF BOOKS AND SUCH (1972-1987) where she did storytelling, taught drama to children, had art and poetry contests and the like. According to Lindy, “It was truly a ‘land of enchantment.” She also spent years lecturing on realism in children’s literature at colleges in the state. For close to five years Lindy has worked in Studio City for Barnes and Noble (BookStar) in the children’s section and does storytelling every Saturday at 10:30 a.m.

According to guest reviewer Lindy Michaels of BookStar on Ventura Blvd. in Studio City, out of all the incomparable William Steig children’s books, AMOS AND BORIS is the once closest to her heart.

Living by the ocean and always gazing at the blue sea, the little mouse, Amos, wondered what was out there beyond the horizon. And so, one day, he decided to build a boat, which he named “The Rodent,” and sailed away to see far away places.

He especially loved the nights, as he laid on his back, looking up at the starry sky and was “…overwhelmed by the beauty and mystery of everything…” Unfortunately, one night, so mesmerized by the beautiful sight, he accidentally rolled off his boat and into the dark, dark sea.

Through the night he tried to swim back to his boat, back to land, back to his home, but to no avail. And just as he felt all his energy leaving him, he was saved… by a whale! Boris! And yes, the great whale agreed to take Amos home. Along the way they talked of many things, sharing their deepest thoughts, their ambitions, their differences. And when the huge whale finally dropped the little mouse off at his home, they knew they would never, ever forget one another.

The years passed and one day during a horrific storm, the now older Boris was tossed around and around in the angry ocean, weakened by the violent waves and ended up beached on the very shore where his old friend, Amos, lived.

Could the tiny mouse possibly save his enormous, dear friend who once saved his own life? I won’t divulge the exact ending, but it will give readers, young and old, goose bumps and a lovely and satisfying sigh of… “ahhhh.”

The very versatile Lindy Michaels aims to inspire young minds through children’s literature. Lindy owned L.A.’s first children’s bookshop, OF BOOKS AND SUCH (1972-1987) where she did storytelling, taught drama to children, had art and poetry contests and the like. According to Lindy, “It was truly a ‘land of enchantment.” She also spent years lecturing on realism in children’s literature at colleges in the state. For close to five years Lindy has worked for Studio City Barnes and Noble (BookStar) in the children’s section and does storytelling every Saturday at 10:30 a.m.

Pip in The Grand Hotel by Johannes Hucke and illustrated by Daniel Muller is reviewed by Julia Claire. She’s  a soon-to-be 3rd grader from the San Gabriel Valley of California who especially loves reading about animals because she wants to be a veterinarian when she grows up.

I really think this is a good book because it left you thinking “Okay, what will Pip do next?” Also, the illustrations were AWESOME! I think the illustrator put good detail in all of the pictures and the author did a great job of describing Pip (who is a pet mouse that escapes his owner, Mary, and travels all around a big hotel). You could probably tell that he was trying to say that Pip was a good fella, but he was also pretty sneaky. Oh, and he could easily win a game of hide-n-seek. However, I would have preferred a different title than Pip in the Grand Hotel because to me the author mostly described Pip’s adventures like he was in a food court. I did learn all about the places in a hotel, though. All that food just made me hungry! Other than that it was a good book and if I could give it a grade it would be a B+.