HOW TO MAKE A SHARK SMILE:

How a positive mindset spreads happiness 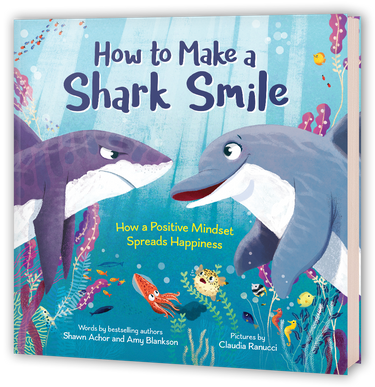 It was Ripple the dolphin’s first day in her new aquarium and she was excited to make some new friends, but the water was still and quiet and all the animals looked scared and unhappy. So begins the picture book How to Make a Shark Smile written by bestselling authors, siblings and happiness pros, Shawn Achor and Amy Blankson, with illustrations by Claudia Ranucci.

The story opens with a smiling grey and white dolphin surrounded by the deep blue sea, and colorful plants and baby fish, anxious to make new friends. But as Ripple swims around looking for someone to play with “she saw electric eels with no zing.” She even notices “the seahorses weren’t horsing around.”

A spiky, black dotted, puffed up yellow blowfish appears with big bulging eyes and mouth wide open. Ranucci’s drawing shows the reader that our new friend is feeling anxious. As Ripple swims near “the blowfish began yelling, Shark alert! Shark alert! And Ripple realizes the blowfish, Bob, must think that she was the shark!” Ripple explains that she is a dolphin not a shark and the relieved Bob explains that Snark “the biggest, meanest shark ever seen eats entire tanks of fish when he wasn’t even hungry.” With a sweet smile still painted on Ripple’s face, the dolphin explains how she won’t let a shark spoil her happiness, the main message of this story.

Ripple invites Bob to play but Bob says “he is just a bite-sized fish trying to make it in the world.” Ripple replies, “Oh, my friend, it’s not my size or speed that makes me powerful or brave. It’s my mindset! I believe that my behavior matters. And today I choose to be happy.”

Snark is illustrated with an angry face swimming above Bob, whose face still displays fear. Ripple’s smile, however, remains constant. Ripple tells Bob she will teach him to play a game with Snark and this game will change Snark’s mindset. See if you think this game sounds familiar. Ripple looks into Bob’s face for seven seconds and tells him to try not to smile. Of course he smiles. The game catches on and soon the entire tank is laughing. That joy catches Snark’s attention, but being born means playing games is not his thing. Ripple challenges him, a deal is struck and Bob steps in to play the smile game with Snark. What ensues is unavoidable delight for the participants and for youngsters.

The colorful drawings depict the fish community coming together as they learn that happiness is a state of mind and a choice that’s up to them. Even outside of the tank the silhouettes of tourists can be seen snapping photos and watching in wonder as a “shark, a blowfish, and a dolphin” play together. Surely this was a sight to see!

The “Ripple effect” could be felt from that day on and the young reader learns that happiness can be a choice. Happy is as happy does! Achor and Blankson, who are both experts on cultivating happiness and have given TED talks on the subject, list helpful ways to develop a positive mindset in the back matter. They recommend fitting one or all of these techniques into your daily routine. This book is a great resource for teachers who are introducing mindfulness into their lesson plans, giving young kids tools they will take with them throughout their lives. 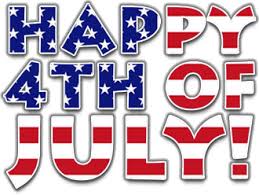 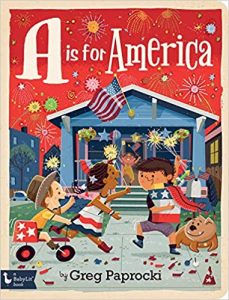 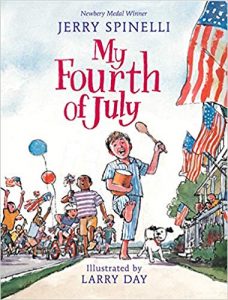 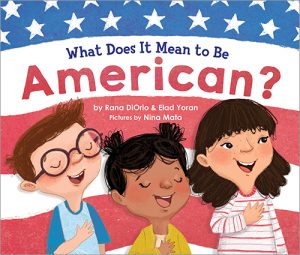