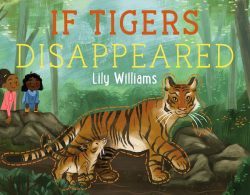 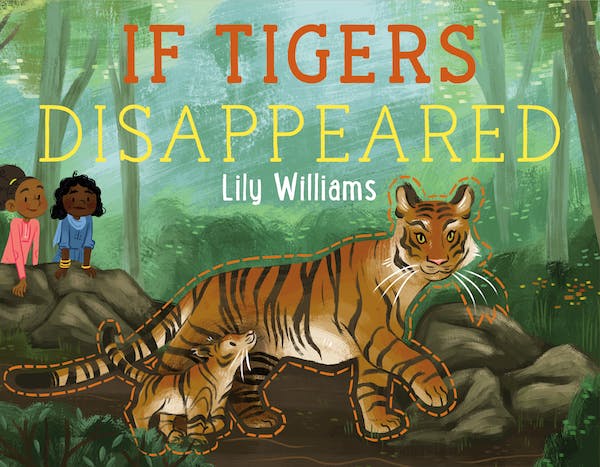 Stand up and roar for Lily Williams’s If Tigers Disappeared, the fifth book in her award-winning series. If Tigers Disappeared follows the familiar pattern: we learn where the animals live, some history about them, and why their populations have declined. Tigers have been around for more than two million years, yet in the past 100 years, humans have nearly wiped out their population. When an animal becomes extinct, the ripple effect (also called the trophic cascade) has far-reaching effects on our ecosystem.

Since tigers are apex predators, the animals they eat flourish when no longer hunted by the big cats. These population booms then cause changes to the forest, waterways, and landscapes. This immense concept is conveyed simply, inviting kids to think about our world’s interconnectedness and demonstrating how indigenous people should continue to be involved in tiger conservation. Though the topic is quite sad, the overall feeling is of hope, emphasizing the importance of knowledge and advocacy for these amazing animals.

Williams’s tigers are magnificently drawn in many stages of action, including a couple of curious cubs. Back matter includes a glossary, recap of the tigers’ endangered status, and information on how we can help. This important book educates while charming us with lively images of six remaining subspecies of tigers.