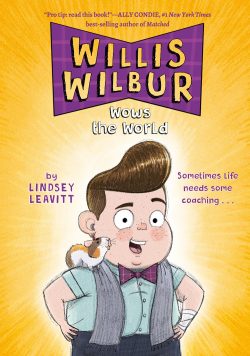 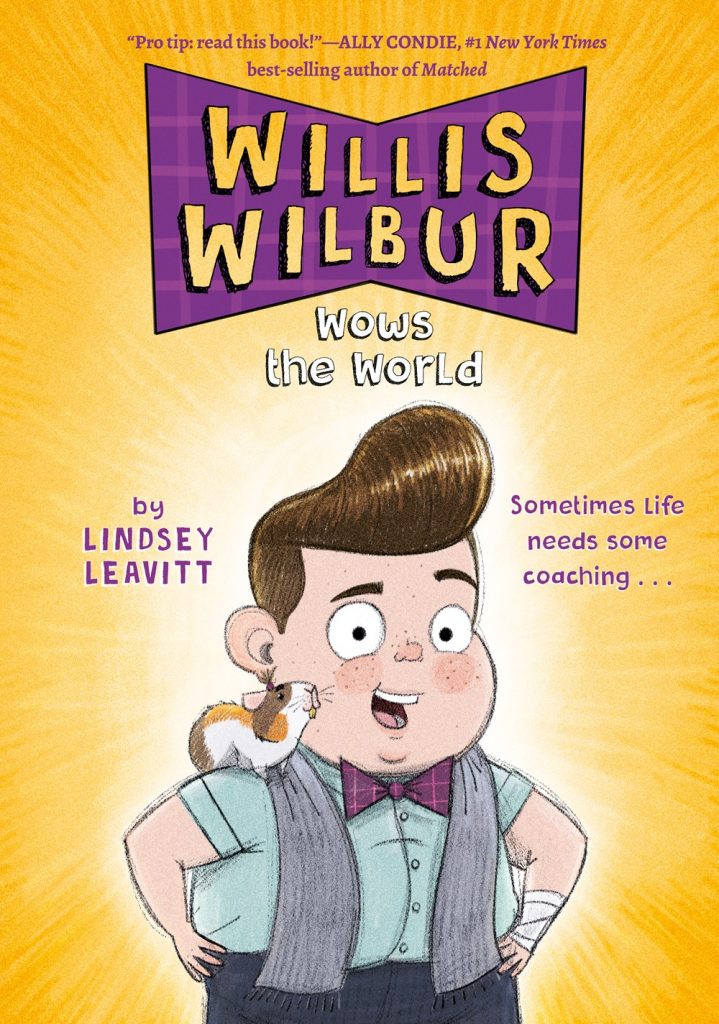 If the alliteration in the title was what caught my eye then it was the premise of Willis Wilbur Wows the World, the first book in a new series by Lindsey Leavitt, that made me want to read it. Mature beyond his nine-year-old years, Willis is all pumped to go to band camp for the summer with his best friend Shelley. That is until the plans change and Shelley is off to Hawaii with her family. What will Willis do instead since going to camp without her is out of the question?

A local business competition for kids seems to provide the answer and after a failed initial attempt at interior design, entrepreneurial Willis finds his niche as a life coach to the neighborhood kids. But is he really the right one for the job? And can he win the competition, especially as he needs to contend with bullies, the Rudes, and do it on his own without Shelley by his side? With supportive parents and younger sister Logan behind him, Willis learn the art of life coaching while learning a lot about himself in the process.

Daniel Duncan’s black-and-white illustrations capture the various personalities of the cast of characters throughout including Willis, the intelligent, kind protagonist who has big dreams about succeeding in life, kid sister Logan who can easily give Willis a run for his money, and possible new friend Margo whom Willis sets out to coach in the area of learning to be a kid, despite a hurtful incident that happened during first grade.

Aside from the illustrations, the text is punctuated with email exchanges between Willis and Shelley and “Pro Tips” in boxes (for example: Dress for the part.) which will draw in even the most reluctant reader to this humorous and entertaining story. Willis Wilbur earns the title in his own right and is a welcome and unique character to enter the middle-grade market. Book #2 comes out in September.