THE SCRUMPTIOUS LIFE OF AZALEAH LANE 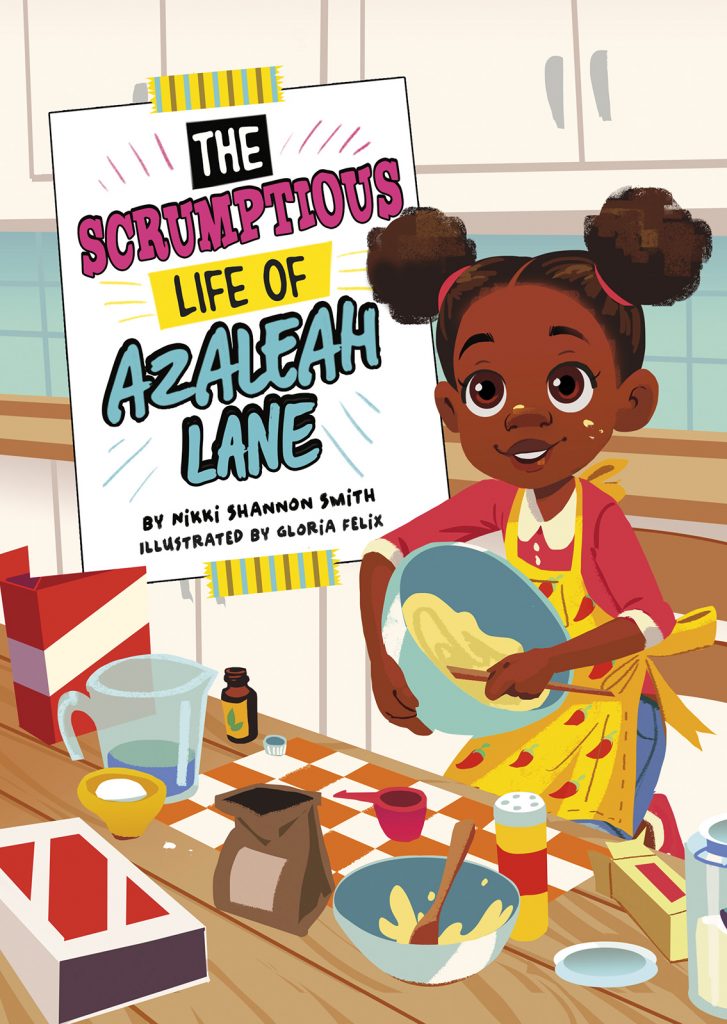 The Scrumptious Life of Azaleah Lane, written by Nikki Shannon Smith and illustrated by Gloria Felix, is the third title in this chapter book series set in D.C. featuring a personable and persistent main character who kids will adore.

For those not familiar with the series, the book begins with a one-page introduction to eight-year-old Azaleah and the people in her world: her parents, Mama and Daddy, who own a restaurant, her two sisters, older sister Nia and four-year-old Tiana, and her Auntie Sam, who often looks after the girls.

Divided into ten fast-paced chapters, the book begins with Azaleah and her sisters going to their Auntie Sam’s for the weekend while their parents are away. Azaleah has the thoughtful idea to bake chocolate chip cookies as a surprise for her parents’ return. But when they turn out less than scrumptious, horrible even, Azaleah has a mystery on her hands, trying to figure out what went wrong since she had followed the recipe perfectly.

She soon thinks she’s figured out the problem, but after baking a second batch that also doesn’t taste just right, she’s left wondering what went wrong. At this point, Azaleah is determined to solve the mystery, and still bake a perfect third batch before her parents’ arrival.

Azaleah’s first guess at solving the mystery is something that young readers might guess at also (I did!) but the real answer to the mystery might be harder for them to figure out (I didn’t!) despite a planted clue which will encourage them to keep reading until the very satisfying end.

Full-color and bright illustrations are depicted in every chapter, adding to the readability for those children who are reading on their own at this stage but still look forward to seeing illustrations along the way.

Extensive educational backmatter rounds out the book which includes a glossary of nineteen of the more difficult words that appear in the story; Let’s Talk!, which presents different ideas to discuss from the story; Let’s Write!, which gives budding young writers some ideas to write about based on the book’s plot, and a chocolate chip cookie recipe. Yum!

I love a children’s book that treats its audience as intelligent readers and The Scrumptious Life of Azaleah Lane does just that by creating a mystery whose solution will introduce children to a topic they may not be aware of while, at the same time, entertain them with a likable and realistically portrayed cast of characters. 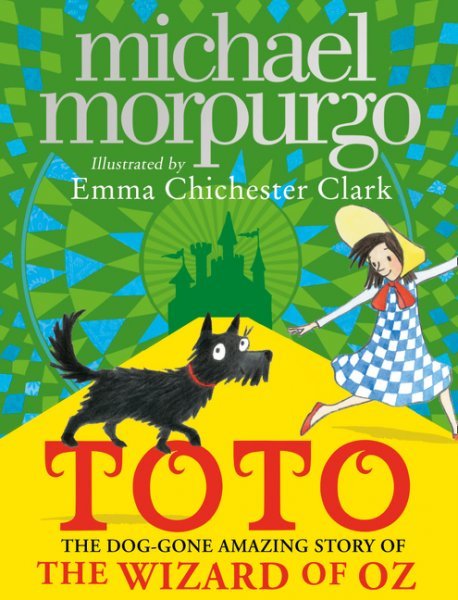 The beautifully illustrated middle-grade chapter book, Toto: The Dog-Gone Amazing Story of the Wizard of Oz  gives voice to Toto, providing an interesting and refreshing viewpoint. Each chapter orients the reader to current day as Papa Toto recounts his adventures to seven sleepy puppies; only Tiny Toto always stays awake until the tale’s end. Kids will enjoy Papa Toto’s sausage cravings—delicious food is scarce on that long yellow brick road. 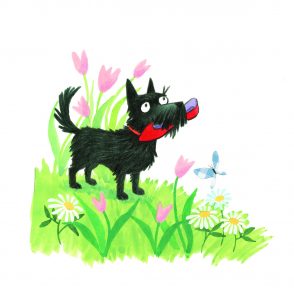 More than 250 full-color drawings by Emma Chichester Clark create vivid, engaging scenes; Papa Toto is Chichester Clark’s recognizable black scruffy dog. Both artist and writer are masters at their craft. A former Children’s Laureate, Morpurgo has published over 130 books. His novel, War Horse, was successfully adapted into a Tony Award-winning Broadway play and a Golden Globe-nominated film by Steven Spielberg. 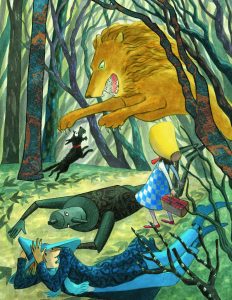 Morpurgo, an expert storyteller, introduces new generations to the timeless Wizard of Oz. Whenever Dorothy says, “Home is home, and home is best,” Toto woofs, “You’re so dog-gone right.” A gentle reminder to appreciate life before a twister strikes.

As the story progresses it becomes clear that Scarecrow, Tin Woodman, and Lion possess what they seek; they just don’t know it. The surprise, of course, is believing in an all-powerful wizard who proves to be “nothing but a humbug, a low-down trickster, a miserable fraudster.” However, with some “upside-down thinking,” the way home is within reach.