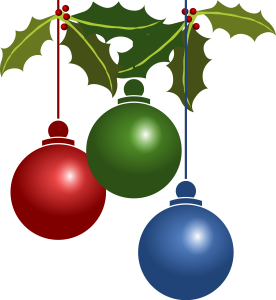 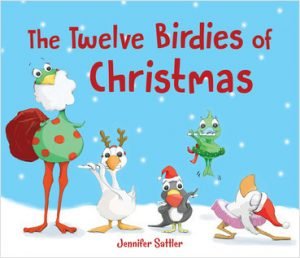 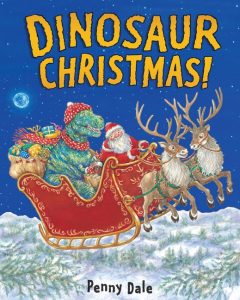 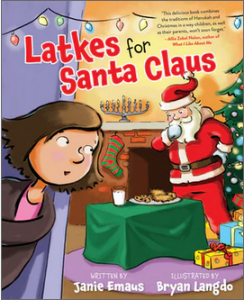 Ideal for blended families, but definitely delightful for anyone to read, Laktes for Santa Claus is a clever Hanukkah meets Christmas spin on leaving cookies out for Santa on Christmas Eve. Even if it’s not Chrismukkah (when Christmas and Hanukkah overlap), this picture book still shows a way for Jewish children living with a non-Jewish step-sibling and/or step-parent how fun it is to share a bit of their Jewish holiday traditions during Christmastime. Emaus introduces readers to Anna, who is Jewish, as she emails Santa who she guesses must be tired of the same old cookies every year. She promises to leave him a special treat and then sets about to make that happen. Anna just has to figure out what Jewish food will work. Her step-brother Michael, intent on baking cookies, points out how most of Anna’s ideas will require a utensil which Santa will not have after coming down a chimney, hands full of presents. What can she offer that won’t make a massive mess? When she realizes that latkes can be noshed as finger-food, she’s excited to put them out along with Michael’s cookies. When the siblings discover all the food gone on Christmas morning, Michael is eager to work together with Anna to plan something unique for the next Christmas. The back matter includes recipes for both the latkes and the cookies so kids can try their hand at baking with an adult. I love how the cover features a menorah on the mantle as well as a Christmas tree welcoming readers of all faiths to dive into this fun story. There is some rhyme and onomatopoeia for reading aloud enjoyment and at 40 pages, the story flows quickly complemented by the colorful, comic-style art. Despite the title giveaway, young readers will want to see the process as Anna narrows down her choices for Santa. I enjoyed every page of this charming new picture book because it showed how there is not only room for compromise in every family, but how easily a new tradition can be created bringing everyone closer. 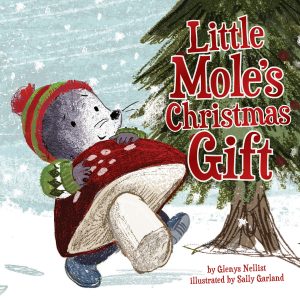 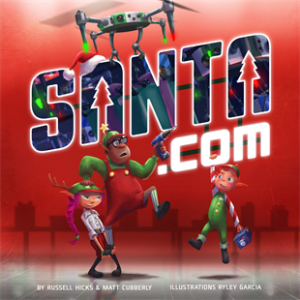