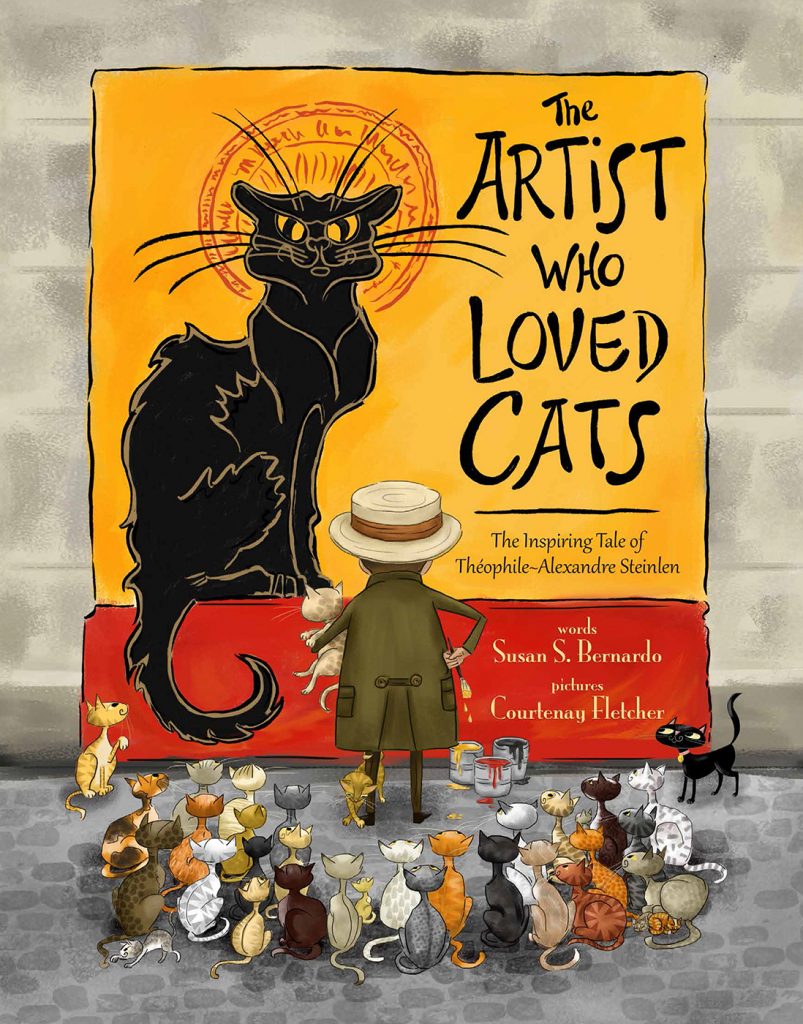 
Author Susan Bernardo was inspired to write this picture book “during a trip to Paris in 2014” when she stayed in Montmartre “and found a lovely little bronze cat sculpture in an antiques store,” near her AirBnB. As a student in Paris, I lived close to Montmartre and yet never considered the backstory of the prolific artist whose beautiful art decorated our dorm room walls and still remains so popular. I’m delighted Bernardo has created a book to introduce Steinlen’s story to children.


Steinlen’s artwork celebrated the ordinary everyday things in life which he encountered and though we may know him for his posters, he also made sculptures, storybooks, and songbook covers. And kids who love kitties will not be disappointed with how frequently Steinlen’s feline friends appeared in his art. His love of cats is evident throughout this book.