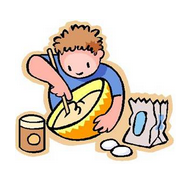 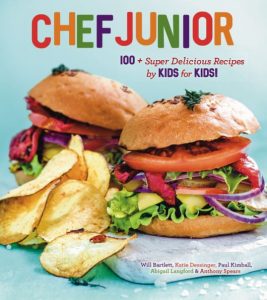 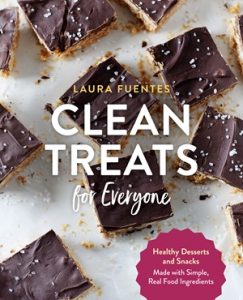 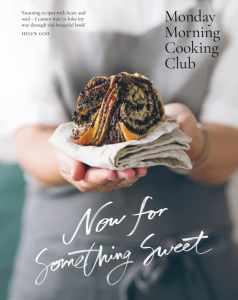 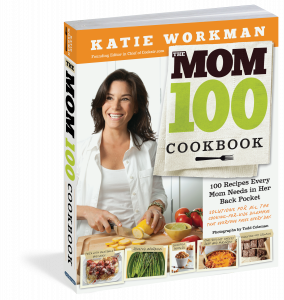 The Mom 100 Cookbook: 100 Recipes Every Mom Needs in Her Back Pocket is reviewed today by Ronna Mandel.

Editor’s Note: I don’t cook, my husband does. He loves it, always has. The kitchen is his domain, but I do enter it daily and must admit I am intrigued by cooking shows and also cookbooks, in fact I have quite a selection. Everything inside each one I’ve amassed is gorgeous and delicious looking, but frankly reading a cookbook is akin to visiting a museum for me. I can admire all I see knowing I will never produce such a fine or delectable work of art. When I received The Mom 100 Cookbook by Katie Workman ($16.95, Workman Publishing), Founding Editor in Chief of Cookstr.com, with mouth-watering photographs by Todd Coleman, I was once again tempted to try a recipe, but at the same time scared off by my inexperience.  I did what every cooking-shy woman in my place would do and rang my dear friend, a cooking aficionado, for her input. Her goal after reading the book and trying some recipes, I explained, was to get me psyched to step in front of the stove, not to clean it, but to prepare a meal. Hint: She accepted the challenge so read on!

The best part about Workman’s cookbook is that it’s accessible and written in a friendly tone, almost as though you were in conversation with the author. For more of the novice chefs like me, that’s assuring. I need a cheer squad rah-rahing me on so I appreciate the “I’m here to make it easy for you” and “You can do it!” style which is especially obvious from the way the contents page is arranged. Rather than a typical cookbook breaking down chapters alphabetically or simply by food group, in this case they are cleverly categorized  based on specific needs: Quick and Easy Breakfasts, Lunch to Stay or to Go, A Handful of Snacks, Hearty Comfort Foods, Vegetarian Mains, Potluck, Mixed Company Dinners, Carbs, Best-Shot Vegetables, Weekend Brunches and my fave, Desserts. Thank you, Katie Workman, this is a great and practical idea.

We begin with a warm, honest and chatty introduction from a real, hands on mom and food writer who has faced real-life cooking dilemmas with her own family and found more than suitable solutions. So much so that she’s even dubbed each recipe Solution #1, Solution #2 etc. Workman provides not only the recipes but additional features that make this cookbook the go-to guide for getting the whole family to the table tempted then leaving it happy and sated. For example, my friend cooked a Hearty Comfort Foods recipe from Chapter 10 – One-Skillet Cheesy Beef and Macaroni (see picture). Her 9 year-old daughter scarfed it down, a supper time success story. But my friend liked the extras the cookbook added such as notes about the ingredients used (in this case crushed tomatoes), a cooking tip about leftovers and a suggestion about how the kids can pitch in if they are eager to help.

The next recipe my foodie friend tried was in the Vegetarian Mains section which include variations for those who would like to add meat when it works.  Well after making the Black Beans and Rice Solution #3 I’d say my friend is a bonafide www.themom100.com convert. Never again will she cook her tired old Black Beans and Rice recipe. The new flavors of Workman’s dish did it all. Not only was it simple and affordable to prepare but the spices used added a new dimension to what was once a fixture in my friend’s recipe repertoire. And, as Workman writes, it gets “even better one or two days after you first make it, because the flavors have a chance to meld and become one with the universe.” Now this is cooking vernacular I can sink my teeth into. Optional toppings in this recipe include grated cheddar cheese, lime wedges, scallions, cilantro, diced avocado, sour cream, and hot sauce.  Add crumbled bacon to it (as suggested by Workman) to satisfy my pork-loving teen and we’ve definitely got a meal made in heaven.

Here I must once again interject that while I may be a creative individual and can put together multiple outfits, decoupage a cardboard box like there’s no tomorrow, I am a blank canvas when facing food. How fortunate for me and those like me that Katie Workman is the Monet of Main Courses and the Degas of Desserts. She share tips and recipe variations galore, many which appeal to my sense of humor and Jewish upbringing.  Often in a handwriting-like font she’ll add: “Here it is – the breast centerfold,” where various types of chicken including Greek and Cajun are enticingly displayed or in her Ribs With a Rub recipe she writes, “You might want to rethink that white T-shirt.”  And her Fork in The Road options for picky eaters earns this cookbook extra points for parents of special needs children. My son has sensory processing issues and everything we prepare must be plain so we’ve always felt limited on what we could cook.  The book opens up a bountiful of options to make dinner more enjoyable for the entire family.

In a nutshell or should I say taco, The Mom 100 Cookbook delivers everything it sets out to and then some.  Whether you seek soup, salad, scrambled eggs or Streusel Apple Pie that will satisfy the family, a mom (or dad) needs to look no further than between pages 1 and 366.  There are even ideas for themed menus at the back plus Resources and Conversion Tables. This mom has thought of it all and you the reader, cook and eater will be grateful! Oh husband dear, pass me an apron please.