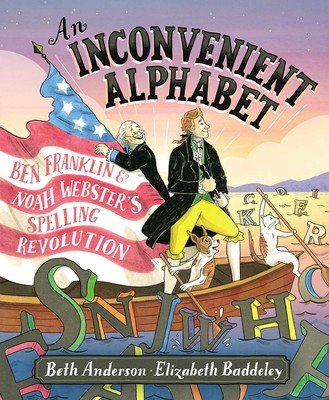 From the Suffrage Movement to the Senate

A Woman in the House (and Senate): How Women Came to the United States Congress, Broke Down Barriers, and Changed the Country written by Ilene Cooper and illustrated by Elizabeth Baddeley. Today’s review is by Dornel Cerro.

“This woman’s place is in the house – the House of Representatives!” (Bella Abzug, p. 69).

Cooper is a former librarian (hooray!), editor for Booklist, author of over thirty books and the winner of the National Jewish Book Award for  Jewish Holidays All Year Round (Abrams, 2002). Her latest book is an excellent resource for teachers, librarians, and parents who wish to help children understand and celebrate the 94th anniversary of the passage of the 19th amendment which gave women the right to vote (August 26, 1920) and how that impacted herstory and history.

Following an introductory essay on the role and duties of Congress, the book is divided into several chronological eras, such as “Flash and Crash, 1920-1930”. Each era is introduced with a brief historical overview of major events and how women were impacted. For example, World War II created more jobs than there were men to fill them. This led to an unprecedented number of women joining the workforce. Two page spreads preceding each overview show iconic period photos of women.

After the era overview, women who served during that era are presented in short biographical sketches, focusing on how or why these women entered politics, challenges, accomplishments and their legacy. In addition to small formal photographs of each woman, Baddeley includes gently humorous comic-style illustrations of significant moment in the women’s political careers.

Many of these women were “firsts,” including:
Jeanette Rankin: Representative from Montana – the first woman to serve in Congress, elected in 1916, even before women had the right to vote nationwide.

Anecdotal facts and stories, such as no women’s restroom off the Senate floor until 1992, are often fascinating and eye opening, giving readers additional insight and points for discussion. The final chapter, introduced by a wonderful color spread of all the female members of the 113th Congress, includes results of the 2012 election “ … a record breaking year for women candidates” (p. 108).

Despite gains made, women, making up about 50% of the nation’s population, are still woefully underrepresented in Congress (20% or less in each house). Back matter includes an appendix of defined political terms, institutions and procedures (such as Equal Rights Amendment, Democrats and Republicans, and How a Bill is passed), an alpha list of all women who have served in Congress, a bibliography, and recommended websites.

Cooper’s engaging writing and meticulous research make this a highly recommended addition for classrooms and libraries serving ages 8-14. The oversized format and liberal use of illustrations make this a great gift as well.

Visit Cooper’s website to learn more about the author and her books.