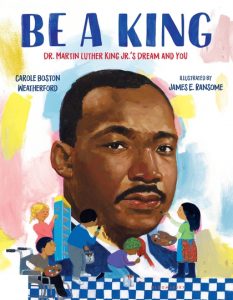 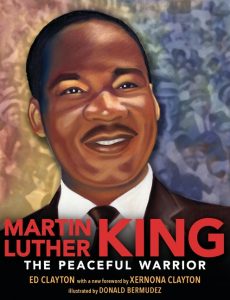 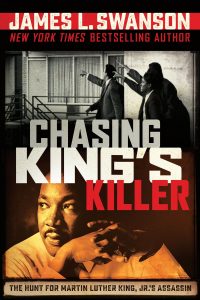 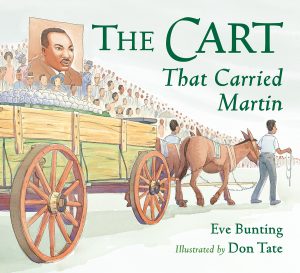 Here is one of the best books I have read that honors
Dr. Martin Luther King, Jr.

THE CART THAT CARRIED MARTIN 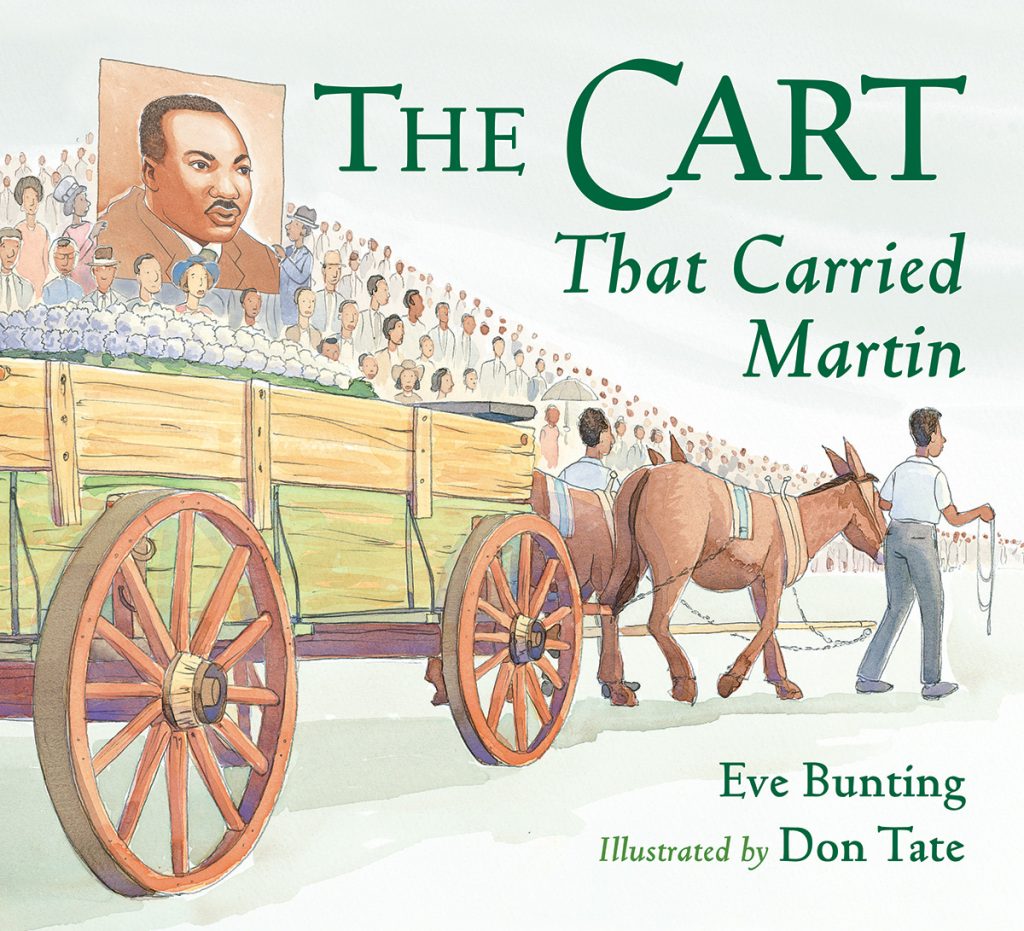 ★ Starred reviews from Booklist, The Bulletin of the Center for Children’s Books

We all love holidays, but Monday, January  16th is different. It’s not a day off from work and school to shop or spend time on social media. It’s Martin Luther King, Jr. Day (aka MLK Day), a day of reflection on this great leader’s life and contribution to society, and also now a national day of service.

Inspired by an article she read in the Atlanta Journal-Constitution, Pasadena author Eve Bunting has crafted a stand-out story in The Cart That Carried Martin with illustrations by Don Tate, one that children will always want to read when they learn about the late Dr. Martin Luther King, Jr. The understated poignance and significance of this picture book are not lost on adults either, many of whom will recall Dr. King’s funeral on April 9, 1968.

The Cart That Carried Martin opens with an illustration of an old cart for sale in front of an antique shop, Cook’s Antiques and Stuff. Two men decide they’ll borrow the cart and return it after they’ve used it. Its paint was faded, but friends painted it green.

“It’s the color of grass when it rains,” a woman said.

These types of short, subtle sentences full of meaning are what appealed to me the most when reading the book. The marriage of Tate’s muted watercolors and Bunting’s powerful yet understated language work so well in this picture book about an old cart destined to carry the coffin of Dr. Martin Luther King, Jr. for his Atlanta funeral procession. The cart was attached to two mules, a symbol of freedom recalled one stander-by. “Each slave got a mule and forty acres when he was freed.” Everywhere, crowds gathered, people wept and remembered.

Along his funeral procession, Martin’s widow followed the cart as it made its way from the first funeral at Ebenezer Baptist Church to the second service at Morehouse College. The mules, Belle and Ada, pulled so much more than a borrowed cart. The cart they pulled contained the coffin of a man who changed history. One of my favorite illustrations is of two wagon wheels in the foreground and Georgia’s state capitol building in the background with throngs of people watching, many mourners holding hands, singing songs or standing quietly to pay their respect. “Sometimes they stood in holy silence, and the only sound was the rumble of wooden wheels.” This newly painted green cart carrying King’s funeral casket was symbolic in that it was simple yet sturdy and strong enough to transport an almost larger than life individual named Martin Luther King, Jr. to his final resting place.

Though he was born on January 15, 1929, we celebrate Martin Luther King, Jr. Day on the third Monday of January every year. Back matter in The Cart That Carried Martin includes a color photograph of the cart that can now be seen at the Martin Luther King Jr. National Historic Site as well as a brief summary of King’s life.