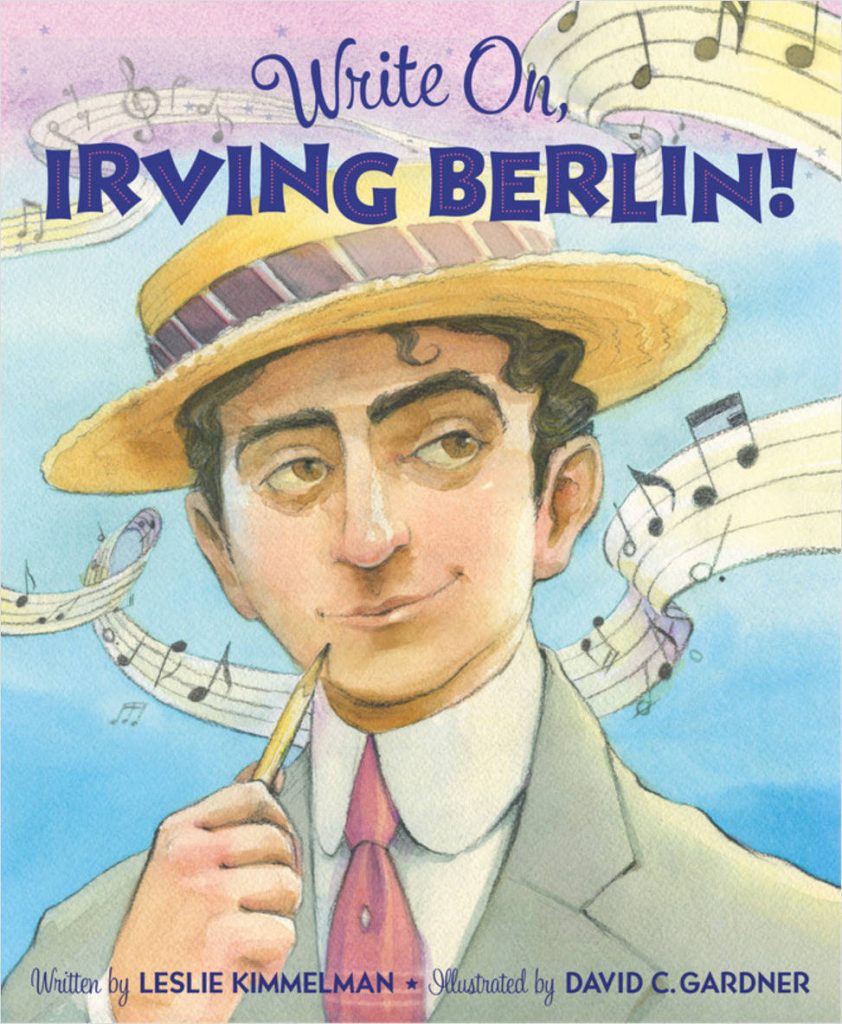 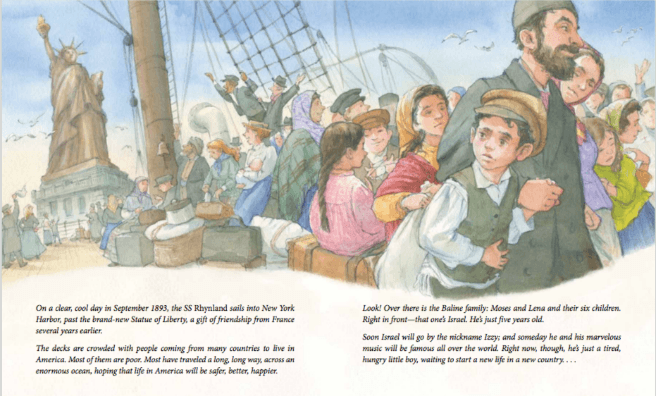 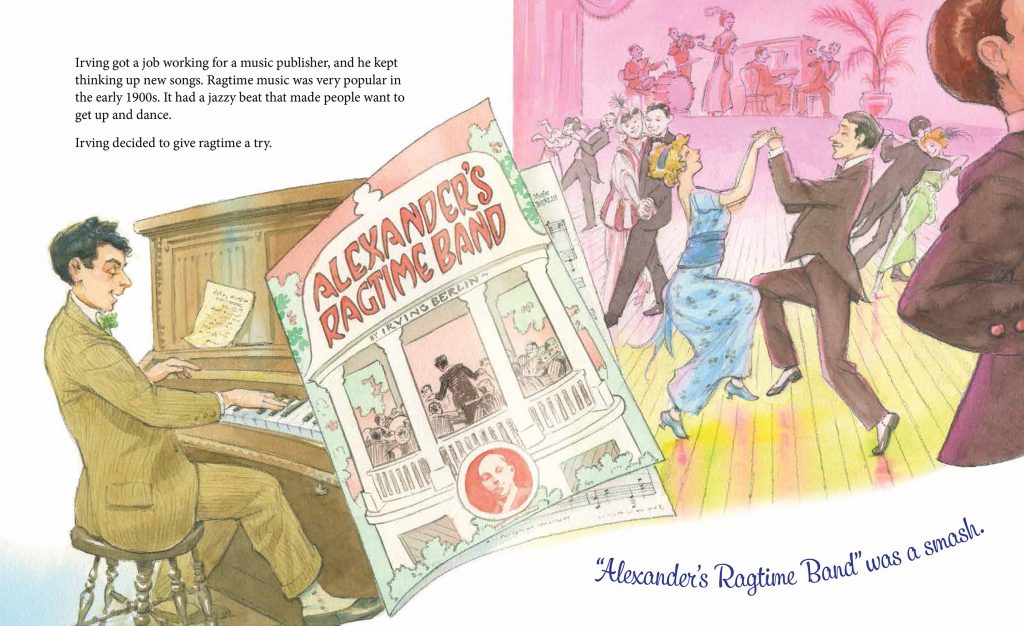 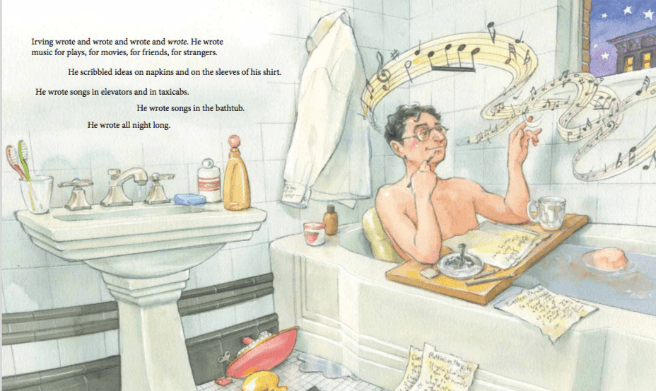 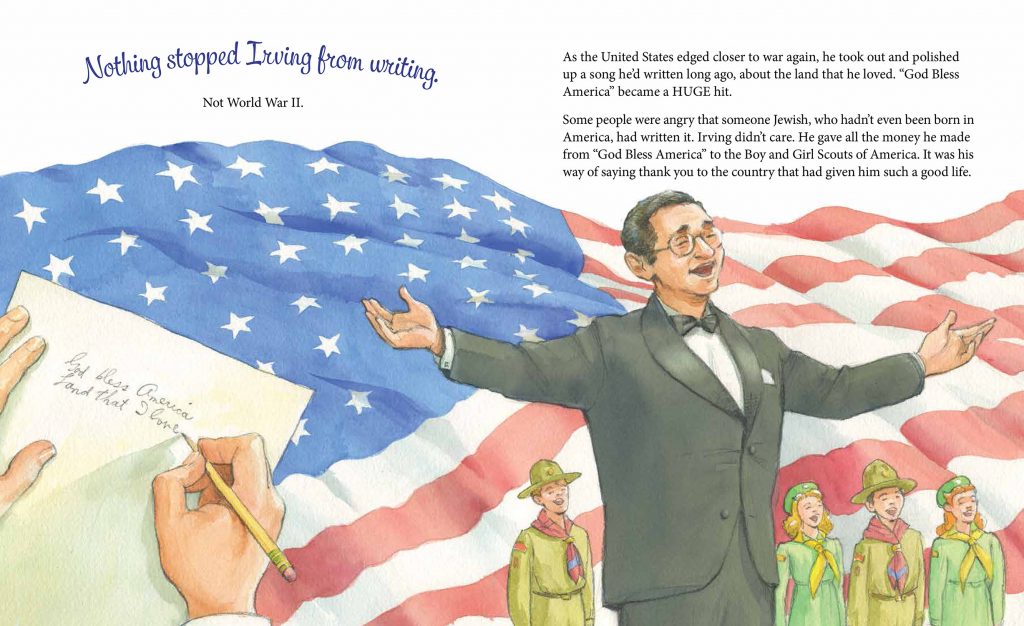 The two Candlewick Biographies below are reviewed by Dornel Cerro.

Handel, Who Knew What He Liked by M. T. Anderson with illustrations by Kevin Hawkes, Candlewick Press, 2013.

One Beetle Too Many: The Extraordinary Adventures of Charles Darwin, written by Kathryn Lasky and illustrated by Matthew Trueman, (Candlewick Press 2014, $14.99, Ages 7-10)

Did you know that composer George Frederick Handel was once challenged to a duel? Or that scientist Charles Darwin’s childhood nickname was “Gas” because of the deliberate explosions he and his brother set off in their makeshift laboratory?

The two books reviewed here are part of the Candlewick Biographies series for children. Each examines “…a turning point or defining moment in the life of a famous person and how it led to significant contributions.”

Both men were born to fairly well-off families and had domineering (but well-intentioned) fathers who wanted their sons to pursue more affluent careers. Despite their fathers’ objections, both men realized success in their chosen professions.

When his father refused to pay for music lessons, Handel (‘who knew what he wanted”) smuggled a clavichord into the attic and taught himself how to play it. In England, he found the British didn’t like his Italian operas. So he wrote them in English. Throughout his life, Handel, when challenged by the naysayers, found a way to make everything work and still do “…what he wanted.”

One Beetle Too Many: The Extraordinary Adventures of Charles Darwin by Kathryn Lasky with illustrations by Matthew Trueman, Candlewick Press, 2014.

Darwin’s father wanted him to be a doctor. All young Darwin wanted to do was explore the natural world and collect specimens. So he did not apply himself to what his father wanted him to study (medicine, and when that didn’t work out, theology), causing his father tp accuse his son of disgracing the family. A botany professor recommended Darwin for the position of naturalist aboard the HMS Beagle, and, despite his father’s objections, embarked on a five year journey that gave birth to his theory of evolution.

These short biographies are engagingly and humorously written by award-winning authors. Complex topics and terminology are clearly explained in accessible language. Colorful and vibrant illustrations convey each man’s world from the wealth and privilege of European aristocracy to the exoticness of the Galapagos Islands. Previously published as oversized biographies, the new smaller format is conducive to individual reading and research, although the lively language makes for a great read aloud. Added tools such as indexes and resources aid research and learning. Highly recommended for children 8-12 years old as wonderful introductions to biography and nonfiction.

Others in this series include biographies of Fred and Adele Astaire, Ella Fitzgerald, and John Muir and Phillis Wheatley.

Read Ronna Mandel’s review of A Voice of Her Own: The Story of Phillis Wheatley, Slave Poet.

The Man Who Knew His Way Around a Musical Note

Hamlisch, who passed away unexpectedly on August 6th, was a huge talent. I know because I had the great fortune to see him perform during his tenure as principal Pasadena Pops Orchestra conductor. Not only was he a consummate musician, but he was a highly entertaining figure with his self-deprecating humor and perfectly timed delivery.

When I received  Marvin Makes Music ($17.99, Dial, ages 6-8) written by Marvin Hamlisch and released posthumously earlier this month, I realized he left a most wonderful gift for young readers – his own story of how he felt and heard the music inside his head and all around. “In the park, other people watched the birds. Marvin listened to their songs.” If that isn’t the essence of Hamlisch, I don’t know what is?

Growing up in New York, Hamlisch was pushed by his musician father to practice his piano, though not in a mean way. Mr. Hamlisch Sr. came across as nurturing and proud. And while the young and extremely talented lad would have preferred playing more modern songs or his own compositions, his father urged him to train to the classic composers. Clearly Hamlisch’s parents knew they had a child prodigy in the family and it wasn’t long before his parents lined up an audition at Juilliard, the renowned Manhattan school for drama, dance and music.

The picture book, with fabulously expressive illustrations by Jim Madsen, centers around the day of the big audition and Hamlisch’s nervousness. His butterflies were compounded by an itchy suit his mother had purchased for the special occasion so he wore some comfy pajamas underneath!  That kind of personal recollection worked to make this story come alive for me. Plus knowing the fame that would follow for young Marvin (one of the youngest students to be accepted at Juilliard) also helped me want to read on.  A bonus for readers is the included CD recording of “The Music In My Mind,” an original song from Marvin Hamlisch and Rupert Holmes.

Parents, if you’ve got a child reluctant to practice piano, read them this story, play the CD and watch what happens!