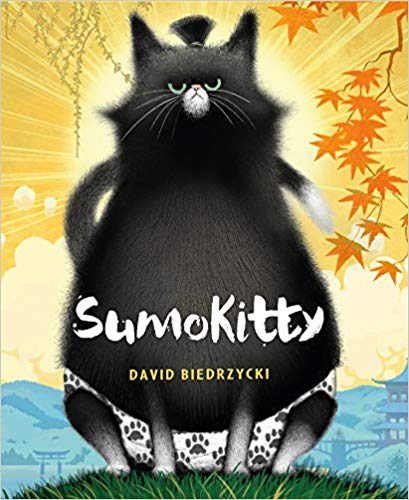 “Fall down seven times; get up eight.” These words reveal the central message of SumoKitty, a heartwarming story about never giving up. Set in a Sumo wrestling training center, a hungry stray cat is given a job chasing mice in exchange for food. All is well until the kitty gains so much weight he can no longer hold up his end of the bargain and is kicked out of the center. 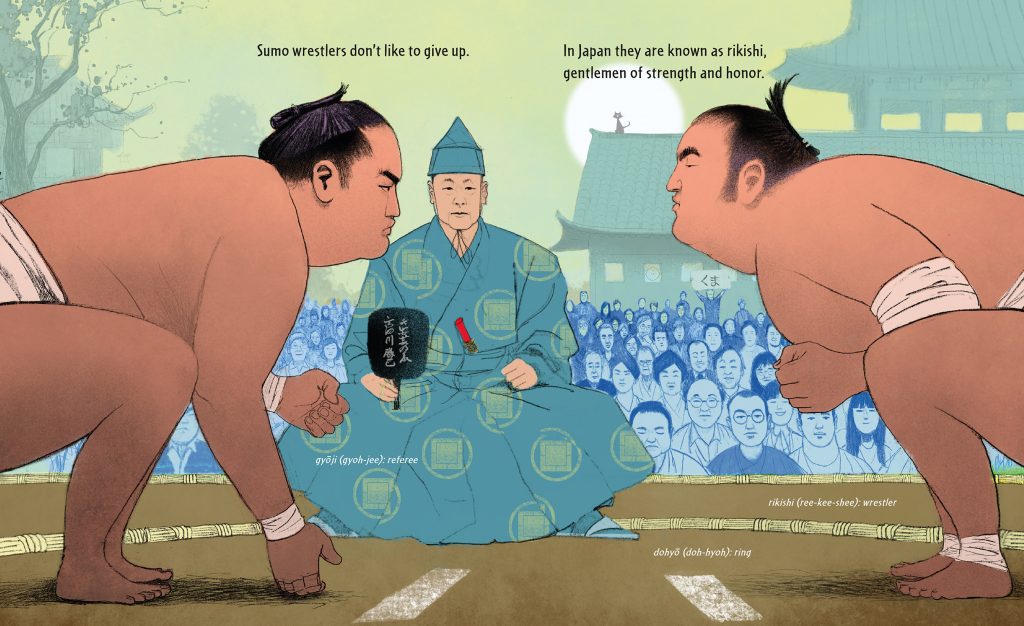 With words of wisdom shared by Kuma, the head rikishi (wrestler), we journey with Kitty on his path back to mice-chasing shape. Kuma tells Kitty, “After the rain, the earth hardens,” adding “When life gets tough, Kitty, it makes you stronger.” Kitty is determined to get back into the center and imitates the rikishi’s training, the way only a feline can. “When he attacked the teppo (striking post), I attacked my scratching post.” When Kitty gets another chance to earn his keep, he uses many of the Sumo moves he’s observed, successfully ridding the training center of mice and earning the name SumoKitty!

Youngsters will delight in following kitty on his journey from hungry stray to official mouse chaser and finally, a beloved and respected member of the Sumo wrestling family. 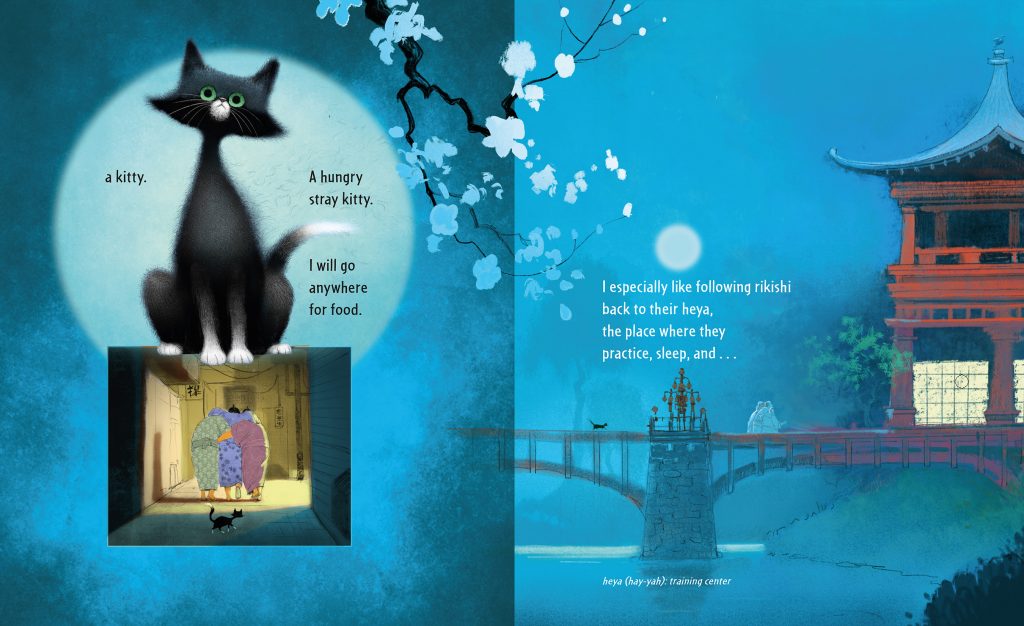 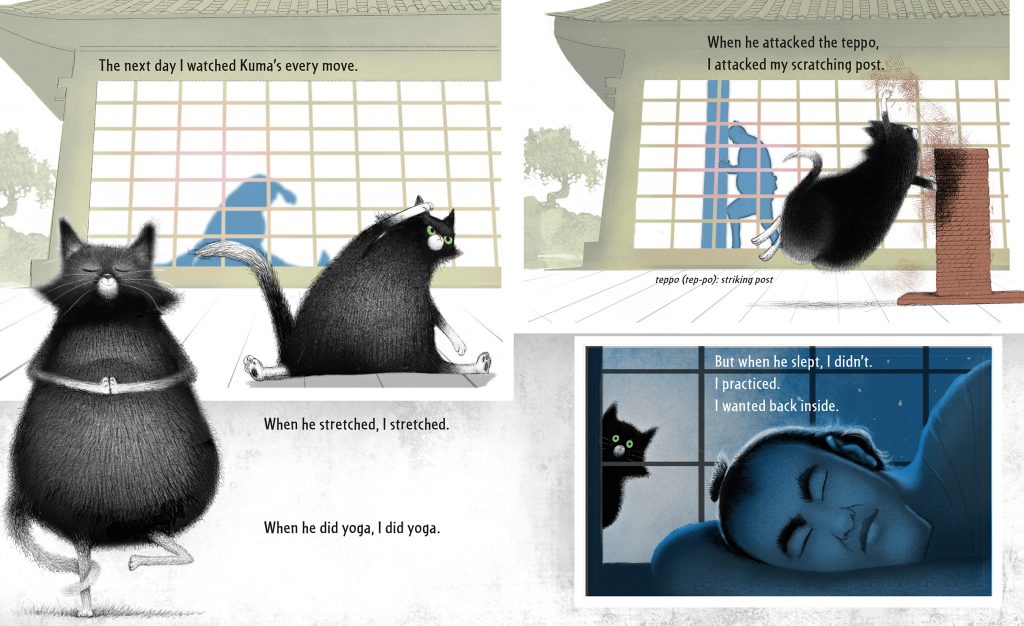 The many wise sayings woven throughout SumoKitty add depth and complexity to this sweet, uplifting story. Each quote provides an opportunity to discuss its deeper meaning and children will identify with and root for Kitty as he perseveres, and is ultimately triumphant. Readers will be comforted by the fact that as hard as life can become, what matters most is that, like SumoKitty, we must we never ever give up.

Read a review of another picture book by David Biedrzycki here.