BE A READER AND BE A WINNER!
ENTER OUR PEACHTREE PUBLISHERS
GIVEAWAY TODAY! 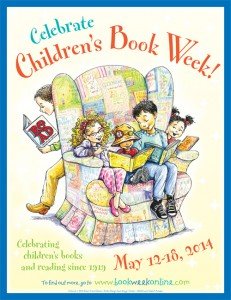 Today, May 12th, is the last day to enter your vote for favorite book, author and illustrator. Visit the voting page for the Children’s Choice Book Awards and the Teen Choice Book Awards to make your voice heard. Click here to vote.

Here’s a list of the three terrific picture books (worth a total of $49.50) from Peachtree Publishers that we’ll be giving away to one lucky winner. We’ve reviewed two of the three books on the blog so you’re likely to be familiar with the stories.

1. First, to be eligible, all entrants must first LIKE Good Reads With Ronna on either Facebook or Twitter.
2. Use the COMMENT box below to send your email entry privately.
3. Please include your contact info. No P.O. Boxes, and U.S. only. Good luck!

NOTE: This giveaway ends at midnight on Monday, May 26, 2014. One winner will be selected by Random.org and notified on Tuesday, May 27th. 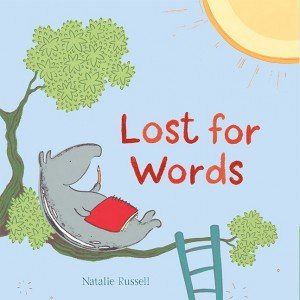 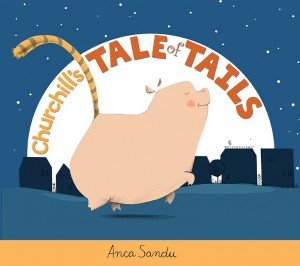 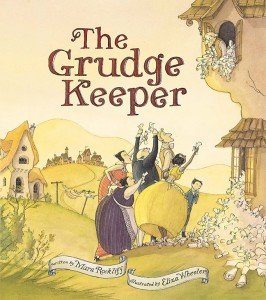 The Children’s Book Council (CBC) in association with Every Child A Reader, the CBC Foundation, hosts the fourth annual Children’s Choice Book Awards Program with the announcement of 30 finalists in six categories, including Author and Illustrator of the Year. The Children’s Choice Book Awards is the only national children’s book awards program where winning titles are selected by young readers of all ages. Children and teens can cast their vote now for their favorite books, author, and illustrator at bookstores, school libraries, and at www.BookWeekOnline.com until April 29, 2011.

The Children’s Choice Book Award categories and finalists are as follows:

Fifth Grade to Sixth Grade Book of the Year:
Big Nate: In a Class by Himself by Lincoln Peirce (HarperCollins)
It’s a Book by Lane Smith (Roaring Brook/Macmillan)
The Red Pyramid (The Kane ChroncilesChronicles, Book 1) by Rick Riordan (Disney-Hyperion)
Smile by Raina Telgemeier (Graphix/Scholastic)
Zebrafish by Peter H. Reynolds and FableVision (Atheneum/Simon & Schuster)

Illustrator of the Year:
Robin Preiss Glasser for Fancy Nancy and the Fabulous Fashion Boutique (HarperCollins)
Loren Long for Of Thee I Sing: A Letter to My Daughters (Knopf/Random House)
Nancy Tillman for Wherever You Are: My Love Will Find You (Feiwel & Friends/Macmillan)
David Wiesner for Art & Max (Clarion/Houghton Mifflin Harcourt)
Mo Willems for Knuffle Bunny Free: An Unexpected Diversion (Balzer + Bray/HarperCollins)

The finalists for Book of the Year in the Kindergarten to Second Grade, Third Grade to Fourth Grade, and Fifth Grade to Sixth Grade categories are the books that received the highest number of votes in the IRA-CBC Children’s Choices program in June. This joint project of the International Reading Association (IRA) and the CBC began in 1975. Teams of IRA-affiliated educators in five geographic regions receive copies of each submitted title to provide to students to read and rate in classrooms across their region. The votes from the five regions (from approximately 12,000 children) are compiled and the five titles with the highest number of votes in each category (K-2, 3-4, 5-6) become the finalists for the Children’s Choice Book Awards.

The Teen Choice finalists are determined with the help of Teenreads.com (part of The Book Report Network). The website compiles a list of all the books they have reviewed over the year and encourages readers to write in their own picks if they aren’t listed. Teens vote for their favorite book and the top five vote-getters become the finalists for the Teen Choice Book of the Year. This year, over 4,000 teens determined the finalists.

The Author and Illustrator of the Year finalists are selected by the CBC from a review of bestseller lists with an emphasis on Bookscan. Only authors and illustrators associated with books published in the previous calendar year are considered.