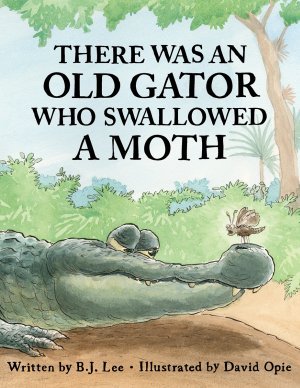 “There was an old gator who swallowed a moth.
I don’t know why he swallowed the moth.
It made him cough.”