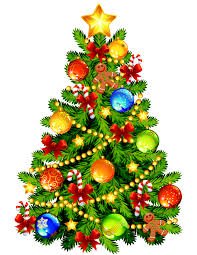 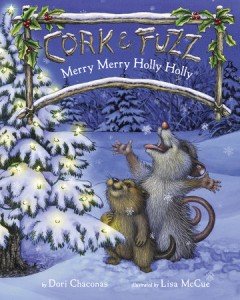 Merry Merry Holly Holly is a simple and sweet feel good story to share this holiday season. Usually found in level readers, Cork and Fuzz have entertained children for 10 years, but for their anniversary they’re starring in their first picture book. Cork the muskrat “had a head full of thoughts,” while Fuzz the possum “seems to have a head full of air.” Cork felt there was something special about this particular snowy day, only he couldn’t quite put his finger (or paw) on why. Lying under the canopy of a tree (or bare branches in some cases) was the ideal “little piece of quiet” that Cork needed to figure things out so this tale unfolds as the two friends go in search of a good tree. Along the way Fuzz finds a bell he thinks is a stone providing the impetus for some Merry Merry Holly Holly singing, sure to tempt little ones to join in. It’s obvious that Cork and Fuzz, like Frog and Toad or George and Martha, have the most marvelous give and take friendship. When Cork discovers why he felt the day was so special, your child will undoubtedly agree. McCue’s artwork sparkles and brings these two endearing characters to life with every turn of the page. 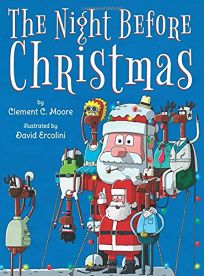 A Homemade Together Christmas 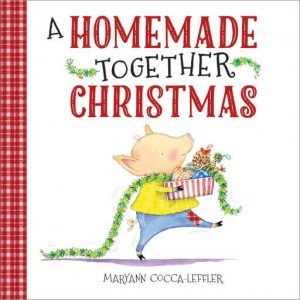 A delightful family of rosy-cheeked pigs decide to make Christmas gifts for one another rather than buy them. While Luca’s parents and sister Rosie get busy creating their presents, the youngest pig struggles to execute his ideas. Then on Christmas Eve his efforts finally inspire a just-right gift for this sweetly non-commercial family tale. 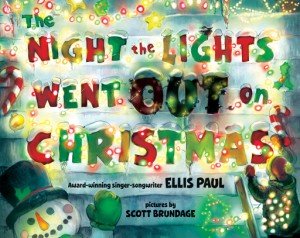 The Night The Lights Went Out on Christmas
Written by Ellis Paul
Illustrated by Scott Brundage
(Albert Whitman & Company; $16.99, Ages 3-7)

A bright, funny look at how one family’s Christmas light display grew over time until their entire neighborhood was bathed in a dazzling neon glow. Based on a song by the author (included as a download) the crazy accumulation of blazing doo-dads finally reveals that the ultimate holiday display was right over their heads all along. 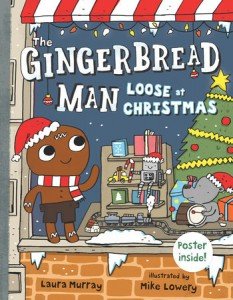 The third book in the Gingerbread Man series finds the charming cookie champ teaming up with his class to deliver simple holiday cheer to community helpers throughout the town. Bouncy rhyme and a theme of gratitude and thoughtfulness make this playful spiced supercookie story a tasty holiday treat.

Enzo and the Christmas Tree Hunt! 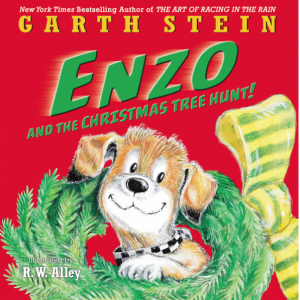 Garth Stein’s Enzo will likely steal your heart as he did mine. Told from this adorable dog’s point of view with humor and insight, the story takes readers to a Christmas tree farm where Enzo’s owner, little Zoë, is in search of the perfect tree. Zoë gets lost, there’s a case of mistaken identities and ultimately Enzo (with help from a Newfoundland), saves the day. All the while the perfect tree’s right smack in front of them! Alley’s illustrations in “pen and ink, pencil, watercolor, gouache and acrylics” convey just the right ambiance of a cold snowy evening settling in so be sure to grab a cup of cocoa before sitting down to read this one. 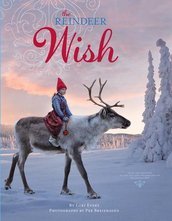 The third title in this family’s beautifully photographed “Wish” series, the young heroine clad in gorgeous Nordic garb raises an abandoned baby reindeer with tenderness and love. As the caribou grows, so does their friendship, until he is invited to join Santa’s North Pole team. A magical, visual fantasy warm with imagination. 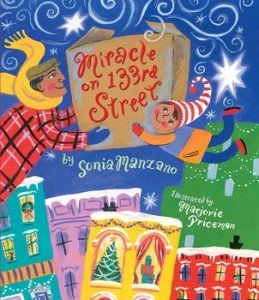 Miracle on 133rd Street introduces us to Papa and son, both called José, who must try to find a pizza oven, likely the only thing big enough for Mami’s roast. As father and son head downstairs in their apartment building, we meet a diverse cast of characters bursting with personality. It’s Christmas Eve and we get a brief glimpse of all the tennants’ lives before the pair depart 133rd Street and cross “over the Bronx River to Regular Ray’s Pizza.” The joy in this story stems from the way Manzano brings all the neighbors together with such love and warmth on a cold, cold evening to share the roast together. Priceman’s illustrations have a Matisse-like quality that makes the scenes jump off the page and into your living room, very much the same way Manzano’s characters make you want to move into that very apartment building or at least be there on Christmas Eve to be a part of the community and infectious camaraderie. 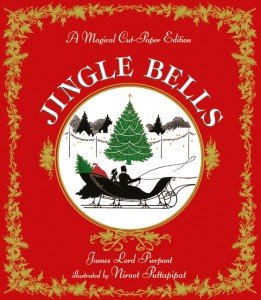 An elegant interpretation of another holiday class song, this luxurious book sets the familiar lyrics in lush silhouetted landscapes of snow and sleigh. Highly detailed, thick cut paper pages, gold embossing, and an amazing pop-up finale pages make this an ideal gift book for adults as well as children. 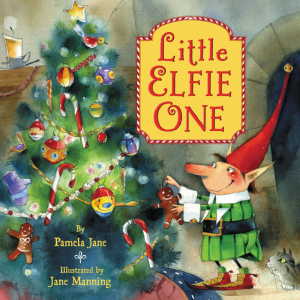 Take a trip up North to Santa territory in this charming and engaging picture book. Filled with rhymes that progress up to 10 starting with Little Elfie One, eager for Santa’s arrival in one more day. Also included are mice, gingerbread men, carolers, polar bears, snowmen, stars, Santa’s helpers, reindeer and kittens. Using the nursery rhyme “Over in the Meadow” as inspiration, Jane’s cheerful choice of language coupled with Manning’s upbeat watercolor and ink illustrations (love the snowmens’ caps!), make Little Elfie One a pleasure to read aloud. Bring the excitement of Christmas with this book today. 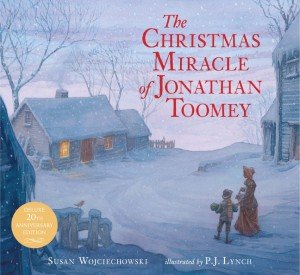 The 20th anniversary edition of this lyrical tale reminds us of a gentle grouch who keeps a sad secret until tenderly nudged into a new life by a young widow and her son. Lynch’s breathtaking early American paintings pair perfectly with the deep emotions of Wojciecowski’s sentimental tale, resonating with warmth and hope.