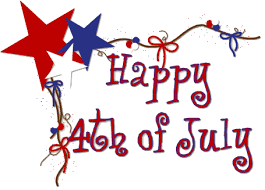 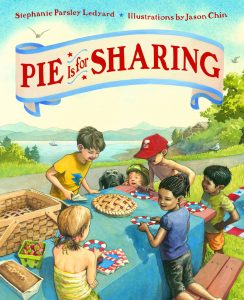 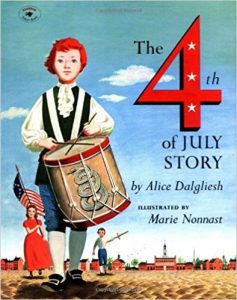 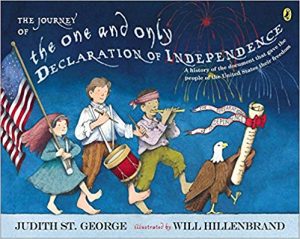 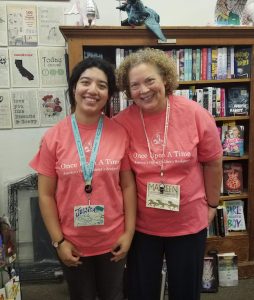 This review first posted in in 2012 (hence the different date of Presidents Day), but I felt it was worth reposting again today.

Tomorrow, February 22nd, is our founding father’s birthday.  Since I probably learned about America’s first president over 40 years ago, I decided to revisit some children’s books and found George: George Washington, Our Founding Father by Frank Keating with paintings by Mike Wimmer ($16.99, Simon & Schuster/Paula Wiseman Books, ages 6 and up), to be one worth noting.

The author, former Oklahoma governor Frank Keating, shares this story, part of the Mount Rushmore series, in first person so readers will feel an immediate connection to Washington’s life in Virginia.  The fifth of ten children, Washington was expected to leave school at 15 years old to assist his widowed mother; his father having died four years earlier. From an early age young Washington displayed strong moral fiber, writing a list called The Rules of Civility originally taught to him by teachers, the principles of which would guide him throughout his life.  I had not remembered that Martha, whom he married at age 27 was already a widow with two children although it’s not surprising considering the average life span then was around 37 years old. I liked that the author chose to include various rules from Washington’s list helping me to learn more about what shaped this influential man even prior to becoming commander in chief of the armies or our nation’s first leader.

The award-winning artist, Mike Wimmer, has brought Washington to life through his use of oils painted on canvas in this wonderful picture book. To capture the president in the 18th century so accurately, Wimmer used models, period costumes and a lot of research. He has succeeded in portraying Washington’s life in an engaging, almost photographic-like way and  his paintings truly complement Keating’s succinct narrative . This book would make a great addition to any school or local library’s American History section as its message is timeless.

Rule 1: Every action done in company ought to be with some sign of respect to those that are present.

Rule 73: Think before you speak. Pronounce not imperfectly nor bring out your words too hastily, but orderly and distinctly.

Now these are great rules to live by!

Some of the following books are not brand new releases, but noteworthy nonetheless as we think back this weekend to how our great nation came to be. Find out more about these interesting books at the pubisher’s websites or visit your local library or bookstore.

Road To The Revolution (The Cartoon Chronicles of America) by Stan Mack and Susan Champlin – ($10.99, BloomsburyUSA, ages 10-14)

Free? Stories About Human Rights AMNESTY INTERNATIONAL with a forward by Jacqueline Wilson – ($17.99, Candlewick Press, ages 10 and up)

Unite or Die: How Thirteen States Became a Nation by Jacqueline Jules with illustrations by Jef Czekaj-  ($7.95, Charlesbridge, ages 5-9)

Editor’s Note: Please check to make sure these books are in stock and that prices have not changed since original details were supplied to us. There may be copies available in remainders stores online if no longer available from the publishing house. 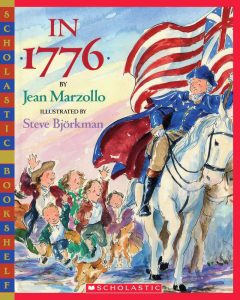