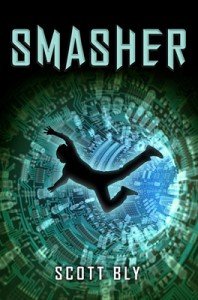 Something Stinks! by Gail Hedrick is reviewed today by Ronna Mandel.

Good things come in small packages or in this case, they come from small companies.  Tumblehome Learning out of Boston is a fairly new company that was “formed in 2010 by a group of dedicated STEM activists, writers, and software and curriculum developers.” Their goal is to foster the love of science and engineering in children through books and activity kits geared for ages 8 and up.  I strongly recommend you take a look at their site.

One of the books they’ve published, the NSTA *award-winning Something Stinks! (Tumblehome Learning, $7.95, ages 8-12) by Gail Hedrick, is an easy and entertaining read that will make kids look at rivers and water pollution in a whole new way. It may even prompt them to get more involved on a local level which is exactly why small companies like Tumblehome Learning cannot be overlooked.

What happens when a bunch of dead fish wash up along the Higdon River in a small Virginia town? At first, absolutely nothing. Yes, nothing!  And that lack of action on the part of the county inspector, along with a science project and new role as Assistant Editor for the school newspaper, prompts protagonist Emily Sanders to delve more deeply – deeply into the river that is, and the factories and other businesses that line its banks.

Emily Sanders is a seventh-grader experiencing typical seventh-grade growing pains revolving around a girlfriend, Leanne, who has begun buddying up with the rich girl, Cynthia Carver, a great dresser who gives “cool parties.” On top of that, the school’s pompous newspaper editor, suntanned Sam Wheeler, doesn’t put much credence into Emily’s theory that something fishy is going on in the Higdon River. It doesn’t help matters that Sam’s dating Cynthia Carver whose father runs the town’s biggest employer, Cayenne Textiles.

Abandoned by her best friend, Emily gradually embraces friendship overtures from quirky Mary, another school paper staffer. Together these two begin unravelling the mystery of why the dead fish keep turning up at certain times on Emily’s Aunt Sylvie and Uncle Joe’s property. What should be straightforward is anything but, and the girls find their attempts to discover the cause (pollution, lack of dissolved oxygen, wrong PH, weed killer or fertilizer) is frowned upon by community members and even thwarted at times.

Hedrick has seamlessly integrated info about how certain manufacturing processes involving water can cause pollution and kill river life including fish and turtles all the while keeping it interesting and well-paced. Emily’s investigations cause her to be teased by schoolmates, but she is a stalwart not easily deterred. Is Cayenne Textiles covering up something or could Emily possibly be wrong? Hedrick keeps the intrigue going until the very end making us wonder if Emily and her friends will succeed in their quest. I like how the storyline does not resort to a trite “happily ever after” ending with Emily and Leanne’s friendship being instantly resolved because that would have been too easy. Readers will appreciate the more realistic approach Hedrick’s taken and that will win her fans.

I approached this novel thinking that if it had to do with science it could not possibly hold my attention, but like Emily Sanders, I was surprised with what I discovered and happy I persevered! In other words, I’m glad I tested the Something Stinks! water.

Our regular readers have figured out by now that I love bugs, because I cannot seem to pass up reading books about them. I often daydream that I am an entomologist who researches and raises insects of all kinds, and even identifies new species. I suppose the next best thing to being a scientist who studies insects is reading books written by scientists, including  these two special books about dragonflies and caterpillars.

Author Chris G. Earley is the interpretive biologist at the University of Guelph’s Arboretum in Ontario, Canada. Most of the photos in the book were taken by the author.

Dragonflies: Catching, Identifying, How and Where They Live ($6.95, Firefly Books, Ages 8-11) will get you hooked on these fascinating creatures. Dragonflies are part of a group of insects called odonates. They are fast fliers and have been around since before dinosaurs roamed the earth! If you want to find dragonflies on your own, look for them near rivers, lakes and swamps from early spring to late autumn.

In this information-packed compact paperback book, you’ll learn about the life cycle of the dragonfly (egg, nymph, adult); what they eat (other insects); how to catch them (using a net); and how to hold them (by gently folding back their wings). You’ll also discover many different kinds of dragonflies with descriptions and incredible photographs. There’s a list of additional books worth reading and an index to help you find what you’re looking for.

The cover of Caterpillars: Find, Identify, Raise Your Own ($6.95, Firefly Books, Ages 8-11) makes you want to open this book right up and start reading. Caterpillars never cease to amaze children because their transformation into butterflies is nothing short of amazing.

Readers will be able to identify all the parts of the caterpillar and their life cycle (egg, caterpillar, chrysallis/cocoon, adult stage). They will also learn how to find, raise and feed them. And after reading about all the different types of moths and butterflies, and looking at photos, they will be able to identify a wide variety of species. This book also has a list for further reading and an index for quick reference.

Both of these books teach children what they can do to protect these insects and to cherish the creatures of the wild. They will also encourage kids to want to learn more about nature and perhaps one day become scientists themselves.

If you enjoy these books about bugs, read some of Debbie’s other reviews here.

How To Raise Monarch Butterflies