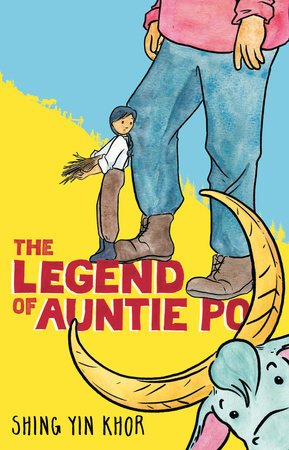 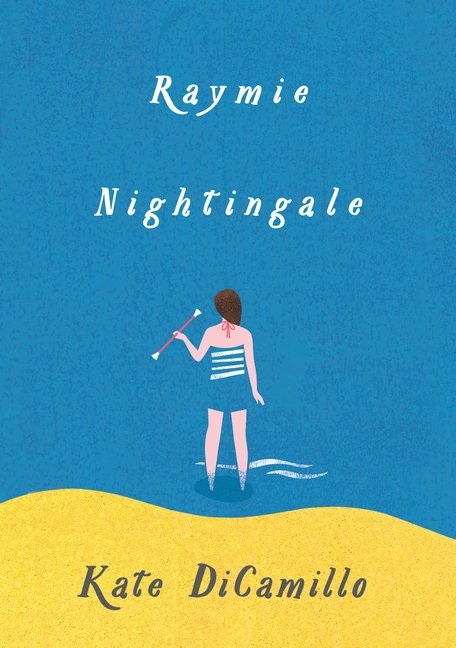 Reviewer Hilary Taber calls Raymie Nightingale, “A rare and hopeful song.” But after reading her review, you’ll discover, as with all DiCamillo’s books, it’s that and so much more

Raymie Clarke is preparing herself to enter the Little Miss Florida Central Tire competition. Her father has recently run off with a dental hygienist, and Raymie is determined to win so that he will see Raymie’s picture in a newspaper and will, of course, come back to his family. This is the initial plan, but like most plans it doesn’t turn out the way that Raymie originally intended. First of all she needs to learn how to twirl a baton in order to win the competition. It is during those baton twirling classes that she meets her “rancheros”, her new friends who become like family. Gritty, but sweet Beverly, and storyteller extraordinaire Louisiana, help her through this hard time. Maybe, just maybe, Raymie is more than just a little girl with a big dream to get her father to come home. Maybe, just maybe, Raymie is destined for adventures with her new friends that show Raymie that she is the hero of her own difficult time. Raymie finds that somewhere in her is a person who is stronger than the storms of life. She also learns that, with help from her friends, she can manage to make her way to a new life full of goodness and grace. It is a life that she could have never imagined when she began making her plans to turn things around. Kate DiCamillo delivers yet another wonderful novel that makes you believe again in the strong, incredible power of friendship and hope.

It is that rare quality of combining sorrow with sweetness that makes every book she writes life affirming. Every book is like watching a sweet spring creep over a winter world. Often as a children’s bookseller, I see an absolute faith placed in her books by the children who read them. Even though the story might be hard to read, the children show a willingness to take the journey with Kate. Time and time again I wonder what it is that they are feeling when they look at her books in their little hands. I think it’s something akin to knowing that she is telling them the truth. There is a certain peace in that. Kate tells us that life is hard, but you should always hope. Hope is real, hope is something to hold on to, hope is the stuff of life.

On a personal note I feel that Kate DiCamillo is the E.B. White of our generation. Like White she is adept in the art of condensing profound thoughts into short, but amazing sentences. I was honored to meet her recently and to have my copy of Raymie Nightingale signed. I think it’s worth noting that beyond the wonderful writing is a very brave writer. Kate has personally been through the very hard experience of having an absent father, and she has courageously taken up the task of writing about this time in her life. That had to be difficult. Ultimately I think her bravery in writing about this time in her life will help to heal others who have gone though something similar. So, here is to one amazing writer who is also incredibly resilient, just like Raymie.

Come back tomorrow to read Hilary’s interview with Kate DiCamillo to get the inside scoop.
Download a teacher’s guide here.
Download a book discussion guide here. 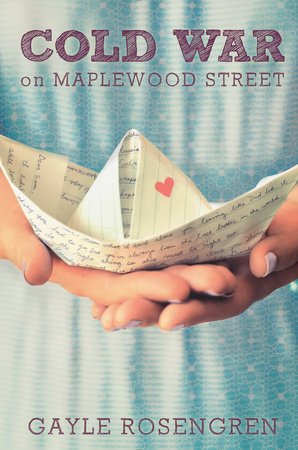 The Worst Witch to the Rescue by Jill Murphy is reviewed by Rita Zobayan.

Jill Murphy’s The Worst Witch was one of my favorite books as a child in London, so I was very excited when the sixth book in the series, The Worst Witch to the Rescue (Candlewick Press, 2014; $14.99 for hardback, Ages 8-12) was released.

Mildred Hubble, an earnest yet disaster-prone student at Miss Cackle’s Academy for Witches, must contend with tricky spells, an even trickier classmate, and a very stern teacher. Despite her (well-earned) reputation for being awful at magic, Mildred has had a wonderful summer and returns to the Academy full of hope. Her summer project has turned out splendidly, and she is a natural at the new ceramics class. Even Ethel Hallow, Mildred’s long-time tormentor, is being friendly. Could this be the year when things finally go right for Mildred?! Alas, no. Mildred quickly learns that her luck hasn’t changed, as her good beginning unravels at rapid speed. Miss Hardbroom won’t listen when Mildred’s project goes missing, and even her friends Enid and Maud have trouble believing her theories. With her cat Tabby and tortoise Einstein, Mildred will have to work even harder than usual to set the record straight.

The Worst Witch series is a wonderful entry into fantasy. Mildred is a relatable and sweet character, who tries so hard, but gets things so wrong. However, her plucky attitude and perseverance make her admirable. Jill Murphy has created a fantastical world that is charming, but includes (somewhat) frightening elements that children will understand. Often times the frights are more people than magic based. Unfortunately, just about every story written about a witch or wizard attending a school of magic will be compared to the Harry Potter series. However, Mildred Hubble was the worst witch at Miss Cackle’s Academy a good 23 years before Harry stepped foot in Hogwarts, and she’s been accidentally wreaking havoc ever since.