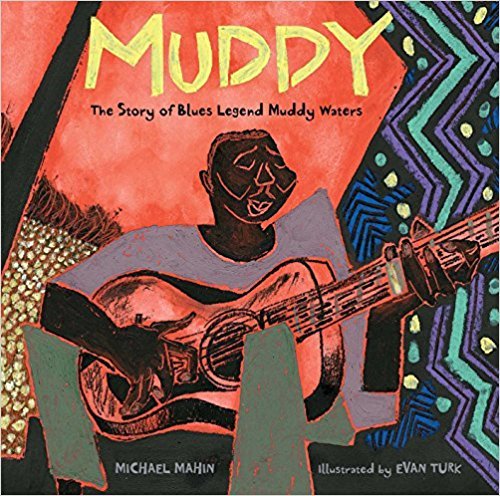 ♡Our Valentine’s Day Roundup Part 2 from Ronna Mandel♡
features a selection of faves for the whole family!

This Valentine’s Day, which also happens to be International Book Giving Day, is a perfect time to share books and share love. The picture books we’ve highlighted yesterday and today say I LOVE YOU in oh so many wonderful and creative ways.  The best part of Valentine’s Day is that, since it’s all about finding ways to demonstrate feelings of love and affection, you can read these books all year ’round and the message remains the same. There’s never a bad time to show someone how much you care. And inside the pages of a picture book, there’s lots of love to be found!

♥♥♥ Heartsby Thereza Rowe (Toon Books, $12.95, Ages 3 and up). The bold graphics in this First Comic For Brand New Readers will draw kids in and the heartwarming storyline will keep them interested. Penelope the Fox accidentally drops her heart into the ocean where all sorts of hazards await. However, a friendly chicken on top of a British double-decker befriends the fox and together they go in search of the lost heart. Will Penelope find the missing heart or will she find something else on her journey? Hearts is all hearts.

How Do Lions Say I Love You?by Diane Muldrow with illustrations by David Walker ( A Little Golden Book/Random House Books for Young Readers, $3.99, Ages 2-5). It’s easy to see why your little ones will gravitate towards this charming story of all the different ways animals say “I love you.” With catchy rhyme, Muldrow introduces us to a hen saying “I love you” to her chicks with a cluck. She goes on to show us love-struck swans, giraffes, nightingales, peacocks, horses, elephants, lions, wolves, bears, cows and mourning doves.

Mourning doves like
to bill and coo.
And that’s how they
say I love you.

With its adorable, muted pastel colored illustrations, How Do Lions Say I Love You? is certain to please as it gently depicts the love shared in families with examples children will find hard to resist.

Born From The Heart by Berta Serrano with illustrations by Alfonso Serrano (Sterling, $14.95, Ages 3 and up). When I first glanced through my review copy of Born From The Heart, and its artwork spoke to me so strongly, I didn’t even have to read the story to get a sense that I was going to love this book. This picture book which presents the idea of adoption in the most captivating way, is one I am delighted to recommend to new parents. One of my favorite lines in the book is when the main characters Rose and Charlie visit the doctor to see how they might have a baby and the doctor tells them they need “1 pound of love, 2 cups of enthusiasm and 1 1/2 tablespoons of patience.” Soon Rose’s heart began growing as the couple awaited the arrival of their new baby. When the time was right, they flew far and wide and “crossed landscapes of unimaginable color” until they came to a little house in the middle of a green valley. Rose’s heart burst when she saw her little one. She “kissed the beautiful face one hundred million times.” Alfonso Serrano (the author’s brother) has captured the magic of that moment in an illustration so spectacular yet so simple. Rose is lying in the grass with her baby on top of her. The embrace is priceless. We cannot see Rose’s face, but feel her ecstasy.

Based on Berta Serrano’s experience adopting her son, Born From The Heart, is a truly magical, moving and empowering story for parents that I hope all adoptive parents will read and then share with their child when the time is right.

Will You Still Love Me If …?by Catherine Leblanc with illustrations by Eve Tharlet (Minedition, $16.99, Ages 3-8). Asking his mom lots of questions so many children have asked, Little Bear learns that there is nothing quite as forgiving and enduring as a mother’s love. Whether he tears his clothes, makes a mess, breaks his bed or looks horrendous, he wonders and “wants to be sure,” his mom will still love him. Will it be always and forever, he begins to ponder, even if one day she dies? With the most sensitively worded response, his mom assures him that he’ll still feel her presence. “But I’m still here and I’m not dead yet.” It’s true that youngsters have these thoughts and it’s great this picture book addresses them in a way that’s light and positive. “And what if one day you love someone else more than you love?” Little Bear is unrelenting. “More than you?” Mom asks. “That’s impossible! I might love someone in a different way …” This momma bear knows all the right things to say and is so genuine, loving and supportive that kids will love her just as much as Little Bear. Between the gorgeous artwork and the appealing prose, Will You Still Love Me If …? is the kind of book I would have felt comfortable reading to my kids when they were young and I didn’t have all the answers. 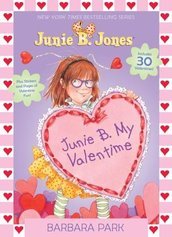 Junie B. My Valentime by Barbara Park with illustrations by Denise Brunkus (Random House Books for Young Readers, $5.99, Ages 3-7). Everybody’s favorite first-grader is back and better than ever in this hilarious sticker and Valentine’s book (30 are included!) with Junie’s VALENTINE acrostic-style take on Valentine’s Day. This companion book to the bestselling Junie B. Jones and the Mushy Gushy Valentime! isfilled with fun, original full-color cards just perfect to give out to classmates, friends and family. My favorite Valentine’s Day card – the one where Junie’s written “Will you B. my Valentime? YES or NO? YES ⃞ YES ⃞ (Ha! I did not draw a NO box! That’s hilarious!)” And it really is!
Why not make your own printable Valentine’s Day card by clicking here, too?