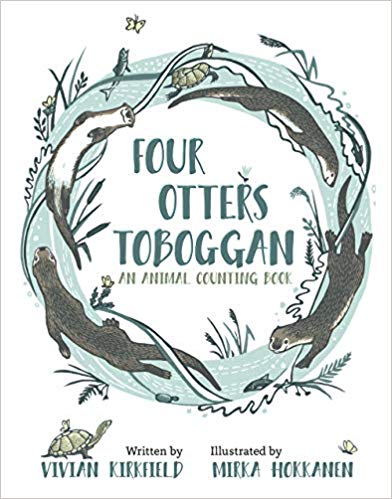 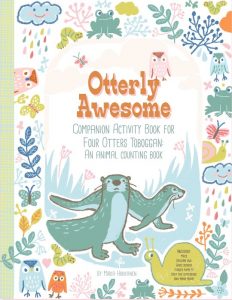 A ROUNDUP OF COOL & CLEVER COUNTING BOOKS
One, Two, Buckle My Shoe

Counting Lions: Portraits from the Wild
Written by Katie Cotton
Illustrated by Stephen Walton
(Candlewick Press; $22.00, Ages 1 and up)

Helping teach little kids to count can be a fun though often repetitive task, but there are quite a few books out that can make the standard 123s more interesting. 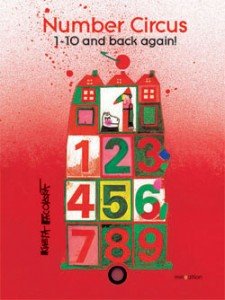 Number Circus: 1-10 and Back Again by Kveta Pacovská is a number activity book for little ones. On each page the number is given in many different formats, for example: 2, two, OO (2 circles to touch), (an illustration in the shape of 2), and often a flap with the number of objects as well. It has bright, bold colors and a play-with-me feel so that young children will enjoy running their little fingers over the numbers and counting the objects (not to mention opening the flap). It’s got 28 pages and is die cut throughout, definitely making this a great book for tactile learning of the number names and formation of writing each number digit.

Counting Lions: Portraits From the Wild 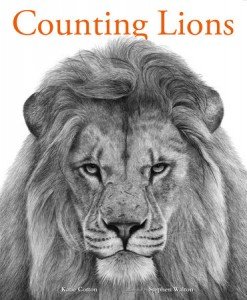 by Katie Cotton is a beautiful book! It is worth every page turn just to see Stephen Walton’s gorgeous charcoal drawings of these majestic animals, but endangered animals. It takes a traditional approach of going through numbers 1-10, but the little bits of informative text along with the beautiful, realistic illustrations are wonderful. My almost three year-old loved the drawings as well as counting the various animals including lions, elephants, giraffes, pandas, tigers, chimpanzees, penguins, turtles, macaws, and zebras. I also found the extra back-matter about the animals and their extinction level very interesting. I highly recommend this book! 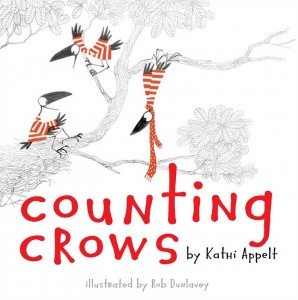 Counting Crows by Kathi Appelt goes from 1-12. This picture book’s got a fun, rhythmic text that groups the crows into threes, making it a nice read and highly enjoyable for young ones. The dust jacket cover was also a hit because it has textures–fuzzy, soft stripes on the crows’ sweaters, a slightly raised and coarse feel for the tree, and a smooth and silky feel for the scarf and title letters. The black and white illustrations go well with the pop of red from the crows’ sweaters. Definitely worth several readings to teach counting!

It’s great to read so many neat approaches to teaching math and numeracy. I can’t wait to see what other math related books come out next!