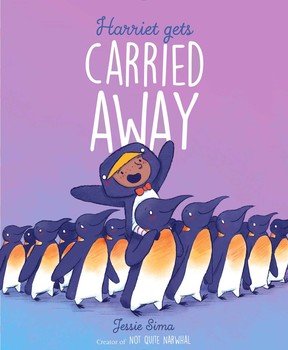 Harriet … oh, amazing and wonderful Harriet, the star of HARRIET GETS CARRIED AWAY along with her two incredible dads, will make readers all Sima fans if they aren’t already!

My students couldn’t get enough of this brilliant 48-page story … from Harriet’s desire to dress-up no matter what the occasion to her phenomenal imagination and charm, they were hooked.

Harriet is SO excited about her upcoming dress-up themed birthday party, and the task at hand is to venture into the city with her dads to buy party supplies since everything else has been taken care of. One stipulation: She’s asked not to “get carried away” when searching for birthday hats at the store. But in Harriet’s world getting carried away comes easy and she soon finds herself wandering off in her penguin costume with real life penguins. She becomes stranded on an iceberg and realizes she must make her way back to her dads at the store and find the party hats before it’s too late. 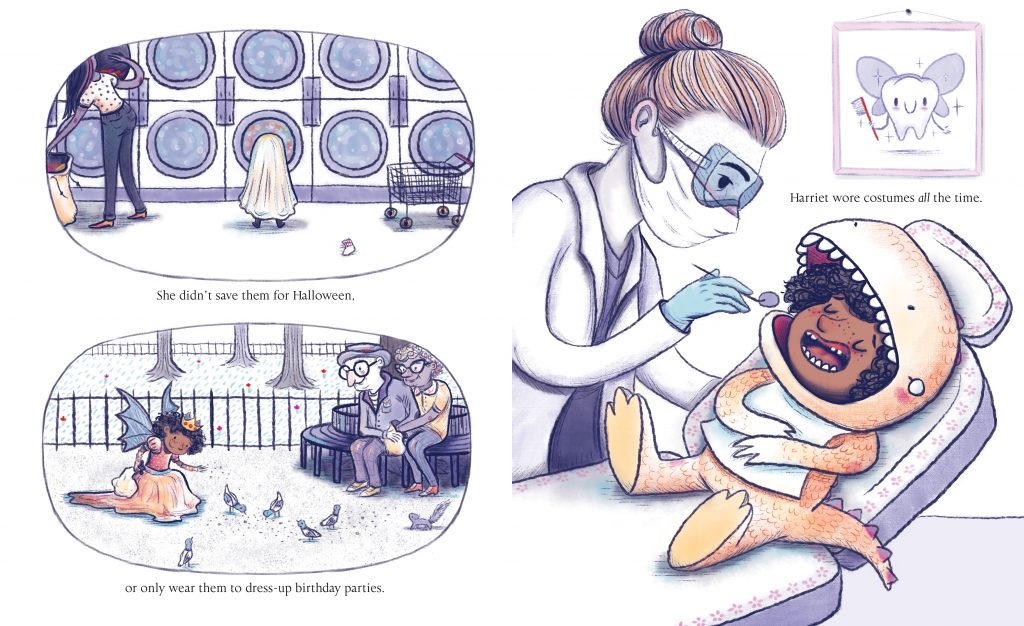 When her attempts at leaving the penguins don’t pan out, Harriet’s helped by an orca and some delightful pigeons. Harriet returns to her dads and has the best dress-up birthday party ever … with only ONE of her party attendees getting carried away!

This is one of those stories that will be requested numerous times since it provides a unique, yet fully relatable, experience for youngsters. The writing is quick to action and paced beautifully for children to silently take in every delicious illustration that accompanies the beautiful prose. My favorite moment is when a penguin tells Harriet to “lose the bow tie” she has proudly put on over her penguin costume. Instead, she adjusts her fabulous red bow tie and does things her own way. 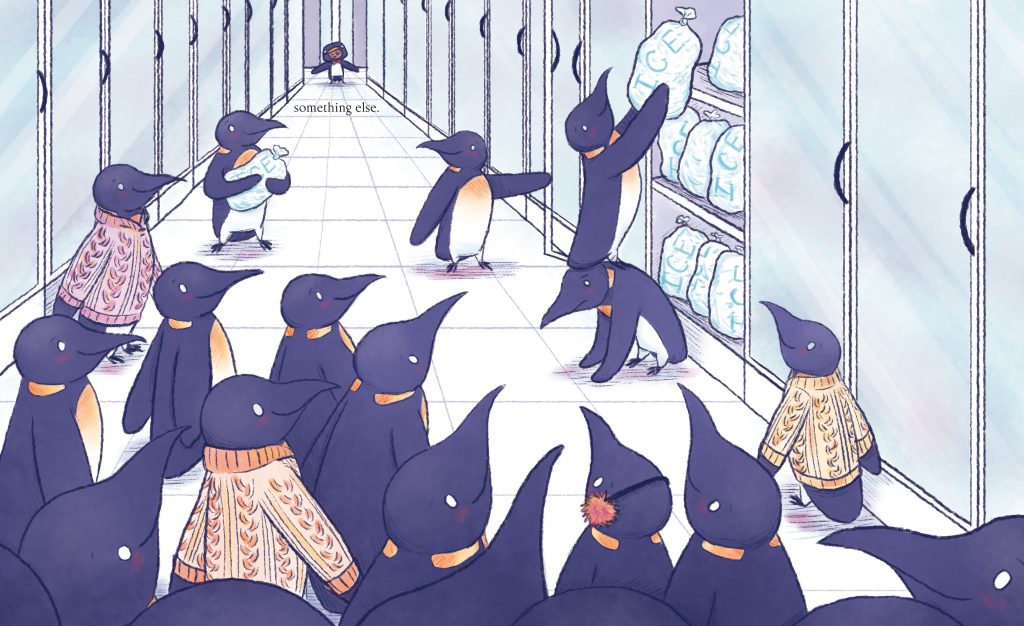 Read HARRIET GETS CARRIED AWAY and delight in her message of inclusivity, imagination and pure joy

All interior artwork from Harriet Gets Carried Away by
Jessie Sima courtesy of Simon & Schuster Books for Young Readers ©2018.

The Princess and the Presents written by Caryl Hart
with illustrations by Sarah Warburton
(Nosy Crow, 2014, $16.99, Ages 3-7)

One pampered princess + one over-indulgent king + one birthday celebration = three times the number of presents the palace can hold. The Princess and the Presents, a picture book written by Caryl Hart with illustrations by Sarah Warburton, is an over-the-top funny story that reminds us all of what’s really important in life.

Princess Ruby is as cute as can be in her pink frilly dress, pink shoes, and pink tiara. Her poof of unruly red hair completes her sweet look. But, Princess Ruby is far from sweet. She’s used to always getting her way. She bosses the servants, pushes her dad, and throws temper tantrums when she thinks she hasn’t gotten enough presents.

“But where’s my giant tree house?”
bawled the greedy little tyke.
“you promised me a cell phone,
three puppies, and a bike!”

The palace creaks, groans, and ultimately explodes from the precarious piles and pillars of presents pushing up against its walls. Only then, is Princess Ruby remorseful, as her father is trapped beneath the rubble.

“What have I done?” wailed Ruby.
“The best gift I ever had
is buried in a pile of bricks.
PLEASE! Help me save…my DAD!

Everyone comes to help save the king, who had taken cover in a cardboard box. Ruby miraculously makes the most of the mess, and, as all fairytale princesses do,

Lived happily ever after with her daddy (in a tree).

The palace walls are not all that explode in this book. Warburton uses vivid colors that pop off the pages. I poured over them a number of times relishing the details of her visually pleasing mixed media illustrations.

Interior artwork from The Princess and the Presents by Cary Hart with illustrations by Sarah Warburton, Nosy Crow © 2014.

Cary Hart has a way with rhythm and rhyme. Her words fly easily off the tongue and are sure to elicit a “read it again” response from little ones.