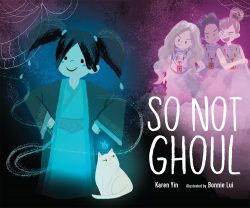 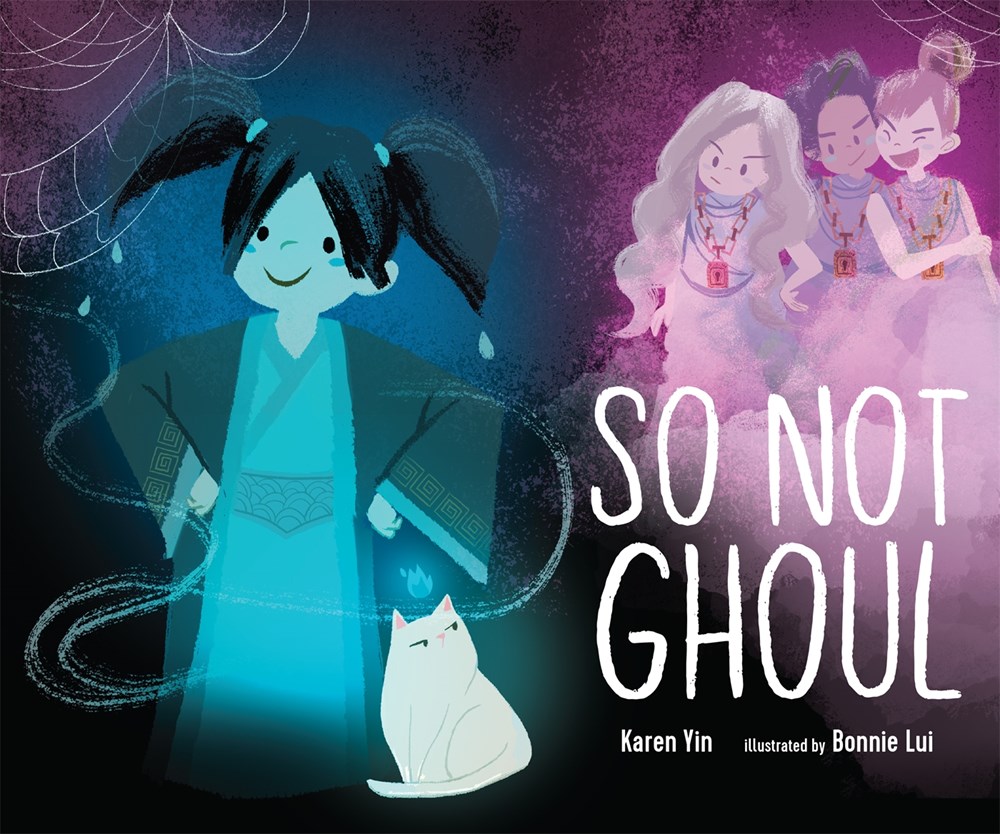 Rod Stewart’s “You Wear It Well” is the song that crossed my mind as I read So Not Ghoul, the multi-layered picture book written by Karen Yin and illustrated by Bonnie Lui where the main character Mimi learns to embrace her uniqueness and cultural identity.

Mimi is a Chinese American ghost who haunts a school but feels constrained by the outdated demands of her ancestors. “Good Chinese girl ghosts must cover their faces with their hair,” says Baba, her father. Her other ancestors say, “They must stick out their tongues,” and the list goes on, much to Mimi’s dismay. She knows she must abide by their restrictions but …

what they all add up to is one “So not ghoul” ghost girl. Her ghoulmates seem to have what it takes to scare school kids. Mimi, on the other hand, dressed in an old Chinese gown from her great-great-great-great-great-ghost grandmother is told by the others she “couldn’t scare a scaredy-cat.” In an attempt to fit in, Mimi’s idea for a new look fails miserably. At school, she is bullied by the ghoul gang and the outfit also offends her ancestors.

The next day, the biggest ghoul bully, Lisette, appropriates Mimi’s original antique gown look, hoping she’ll be told she wears it better. Readers will cheer when the bully’s plan backfires. Not only does Mimi call Lisette out, but her ancestors “glow with pride” after she speaks up. She’s found more than her voice.

A happy ending ensues when at last Lisette looks inward (is that possible for a ghost?) and apologizes for her ghoulish behavior. Mimi and Lisette call a truce and now the new friends can focus their attention on the school’s open haunted house. Yin has filled the story with engaging wordplay and with conversation starters at many different levels. So Not Ghoul can be approached for bullying and prejudice, culture appropriation, diversity and bicultural pride as well as multigenerational families or simply a rewarding girl-power ghost story. Lui’s jewel-toned and textured art colorfully conveys Mimi’s moods, ideal for this spirited story!