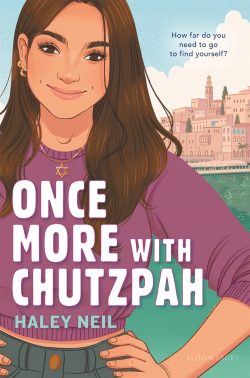 ONCE MORE WITH CHUTZPAH 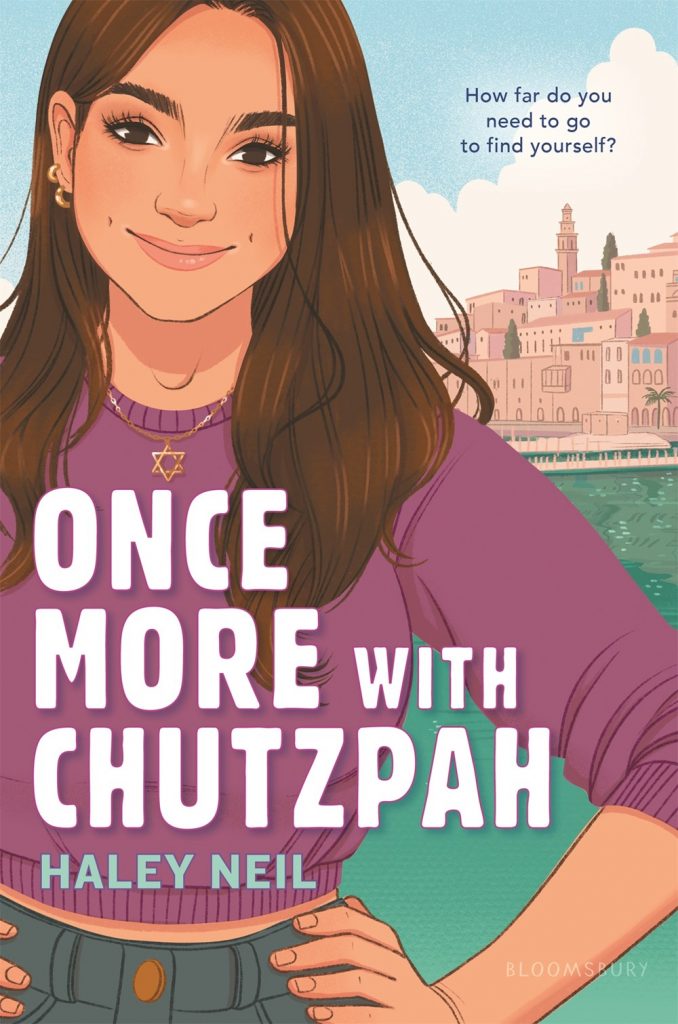 When Tally’s twin brother Max is the passenger in a tragic car crash with a drunk driver, who is killed, Tally decides a winter break trip to Israel will be the remedy to get him back on track in Haley Neil’s debut YA novel Once More With Chutzpah.

High school senior Tally seems to have her life in order. The plan is to attend Boston College with Max, where their non-Jewish mother teaches religion, and share a dorm room with her best friend Cat. But life doesn’t always go as planned, especially since the car accident six months earlier. Her father’s side of the family is Jewish, and her uncle lives in Israel, so Tally sees the exchange program as the perfect getaway for Max to reenergize so they can follow the plan she always had for them.

The story begins at the airport, saying goodbye to mom and dad, where the reader feels Tally’s anxiety about traveling by plane for the very first time and going far from the comforts of home. She is grateful she has Max. As the story unfolds, Tally meets new people, experiences the history of her Jewish family, begins to question her sexual identity, and begins to realize her brother may not be the only one struggling.

This heartfelt come-to-age novel brought me back to swimming in the Dead Sea, eating hummus and falafel in the Shuk in Tel Aviv, and visiting the Western Wall in Jerusalem. Tally also sadly learns what camp her father’s family was taken to during the Holocaust. Tally’s anxiety and confusion about life are relatable for many teens. A mid-novel surprise takes the reader off-guard as we travel, courtesy of Neil’s transportive prose, on an unexpected journey.

Once More with Chutzpah tackles the conflicts in Israel, the challenges that teens experience while discovering themselves, and the power of friendships both new and old. This original Israeli-focused YA novel introduces the reader to LGBTQ, mixed religions, feminism, and native Israelis, and gives teens a quick background on the Palestinian-Israeli conflict. These thought-provoking topics are written beautifully for teens grappling with their own identities. Available in paperback in February 2023.