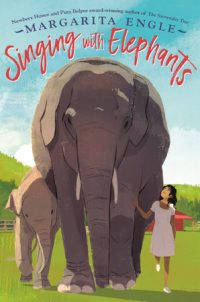 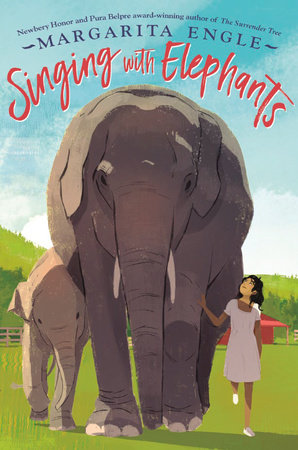 The story takes place in 1947 in Santa Barbara where Oriol lives with her family. She helps take care of injured animals in her parents’ veterinary clinic, located near a “wildlife zoo ranch” that has connections to Hollywood (6). Grieving the recent death of her grandmother and facing hardships at a school that is unwelcoming to immigrants, she struggles with loneliness–until she befriends “la poeta” Gabriela Mistral who has moved near Oriol’s home (12). While the meeting (and subsequent story) is fictional, the poet is a real person, the first Latin American winner of a Nobel Prize in Literature. Oriol is relieved to have found someone who speaks her native tongue, but little does she know the unexpected gift she’ll be receiving from her new friend: learning the language of poetry.

These lessons are for all of us. “There is no better home for emotions than a poem,” la poeta advises, “which can easily be transformed into a song” (27). The book is rich with simple yet profound expressions of love, loss, heartache, and wholeness. As we learn along with Oriol, poetry is the soul’s way of singing, whether that soul is human or animal. This lesson becomes more apparent as Oriol’s connection to the animals she cares for grows stronger and stronger, in particular her relationship with a pregnant elephant named Chandra whose rhythmic sways and sounds remind her of poetry.

Through her mentor’s gentle encouragement and guidance, Oriol’s writing blossoms–from using it as a source of healing to using it as a force for change. Bit by bit, she “no longer yearn[s]” for Cuba and Abuelita “every moment of every day” (106). And when a famous movie star takes special interest in Chandra, Oriol drafts “poetry-petition[s],” eventually organizing a protest against animal abuse (188). Fighting for her beloved elephants, Oriol finds a sense of belonging.

Singing with Elephants is the kind of book readers will want to read again and again, catching the pieces of poetry missed from the previous read. An author’s note at the end details Cuban cultural traditions as well as Gabriela Mistral’s life. A list of further readings about and by the poet is also included.