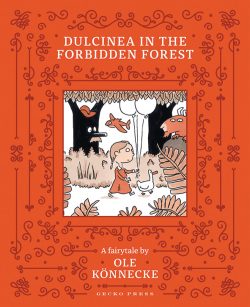 DULCINEA IN THE FORBIDDEN FOREST

Written and illustrated by Ole Könnecke

Translated from German by Shelley Tanaka 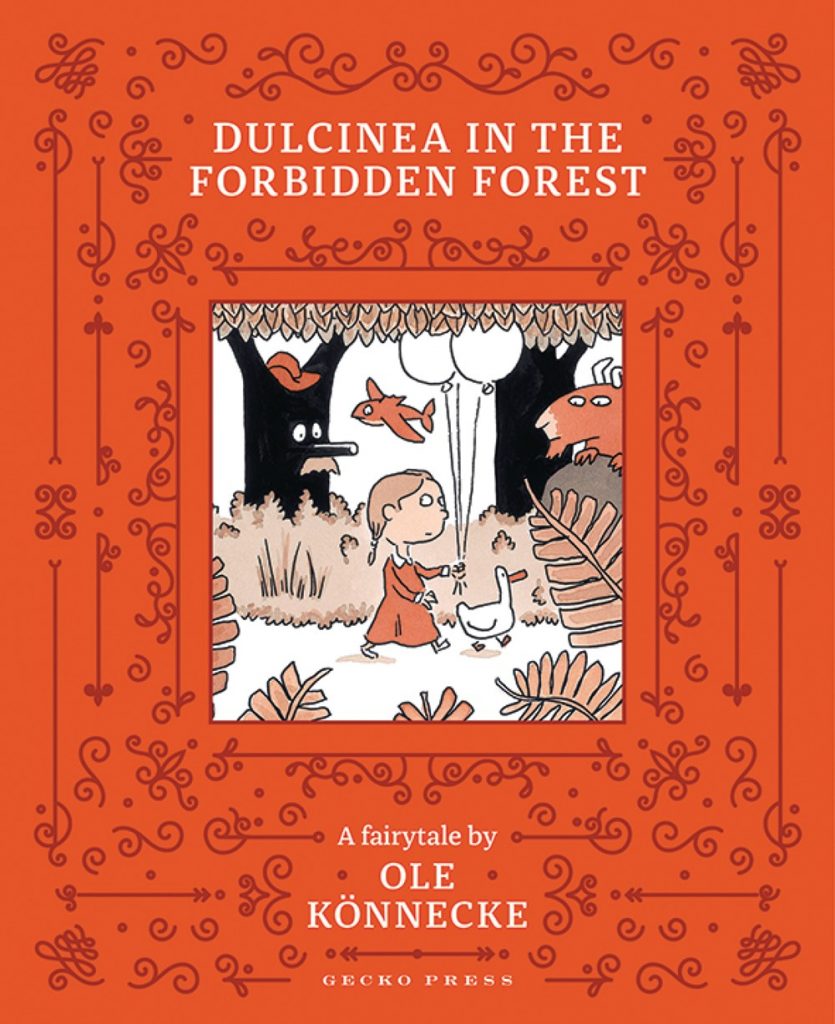 In Ole Könnecke’s modern fairy tale, Dulcinea in the Forbidden Forest, Dulcinea’s father goes missing on her birthday. Though she’s promised to never enter the forest (because of the witch), Dulcinea follows her father’s footprints into this forbidden place and soon discovers he’s been turned into a tree. “Dulcinea wasn’t going to let an old witch spoil her birthday,” so she sets off to find the witch and reverse the spell even though “nobody enjoys walking through an enchanted forest.”

This chapter book is full of laughs, from the absentminded witch who carries her book of magic because she can’t remember her spells, to the comical depiction of Father as a tree. The determined expression on Dulcinea’s face contrasts with the silly-looking witch and monsters in her moat.

I like how this fairy tale is both a new story yet resonates with a classic feel. The limited earthy palate contributes a homey feel because, as we know, we’ve all been lost in the forest in a previous tale or two. Overall, this is a well-made, timeless book.