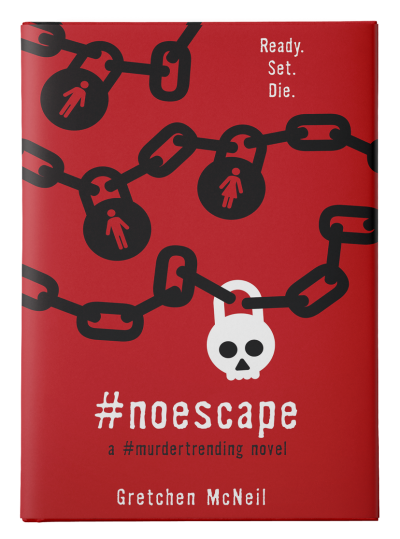 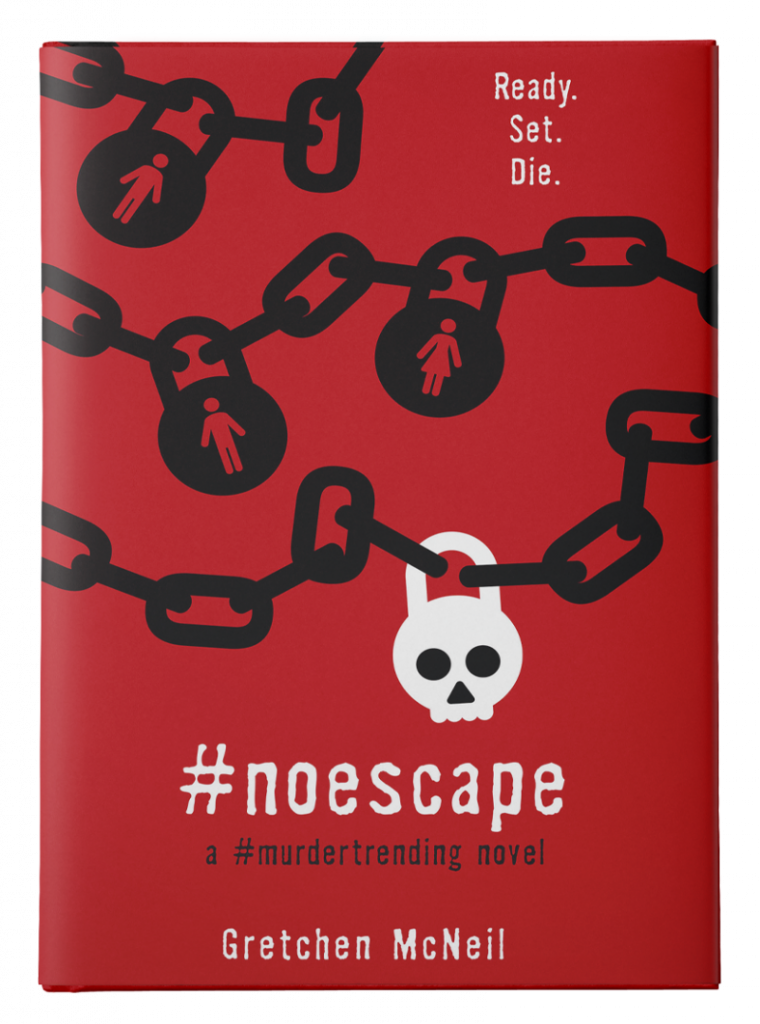 Fans of Gretchen McNeil’s #murdertrending series will enjoy her new YA, #noescape. Set twenty years before the first book, this companion novel is a wild Las Vegas ride. Seventeen-year-old Persey’s incredible win at an escape room grants her a spot at the All-Stars and the promise of a ten-million-dollar prize. The money would be a much-needed boon for Persey who, after years of surviving with her verbally abusive father and alcoholic mother, will be kicked out as soon as she graduates from high school.

Persey and the seven other All-Stars contestants soon find that the escape rooms are more than just a game—and maybe the killer is one of them. Trapped in a series of rooms, the teens must solve the puzzles or die while trying. There truly is no escape from this fast-paced, whodunnit plot.

In the Acknowledgments section, McNeil says she wondered if this was the greatest book she had ever written or completely unreadable. It’s my favorite in the #murdertrending series. Persey’s life before the All-Stars (told in flashback chapters) is emotionally engaging. I liked the asides when we’re in Persey’s viewpoint: “Persey had never paid much (any) attention to business matters,” or, “Persey usually (always) disliked strangers.” While there are romantic connections in the group, Persey maybe finds a friend in the aptly named Neela Chatterjee whose stream-of-consciousness style of communicating contrasts with her sharp intellect.

There’s plenty of gruesome bloodshed but it’s exacting, focused on the All-Stars rather than deaths by the dozens. While McNeil’s stories are complex, this one is A+ amazing for its spiderweb of a story. The payoff comes at the end as fans finally realize how the books connect.