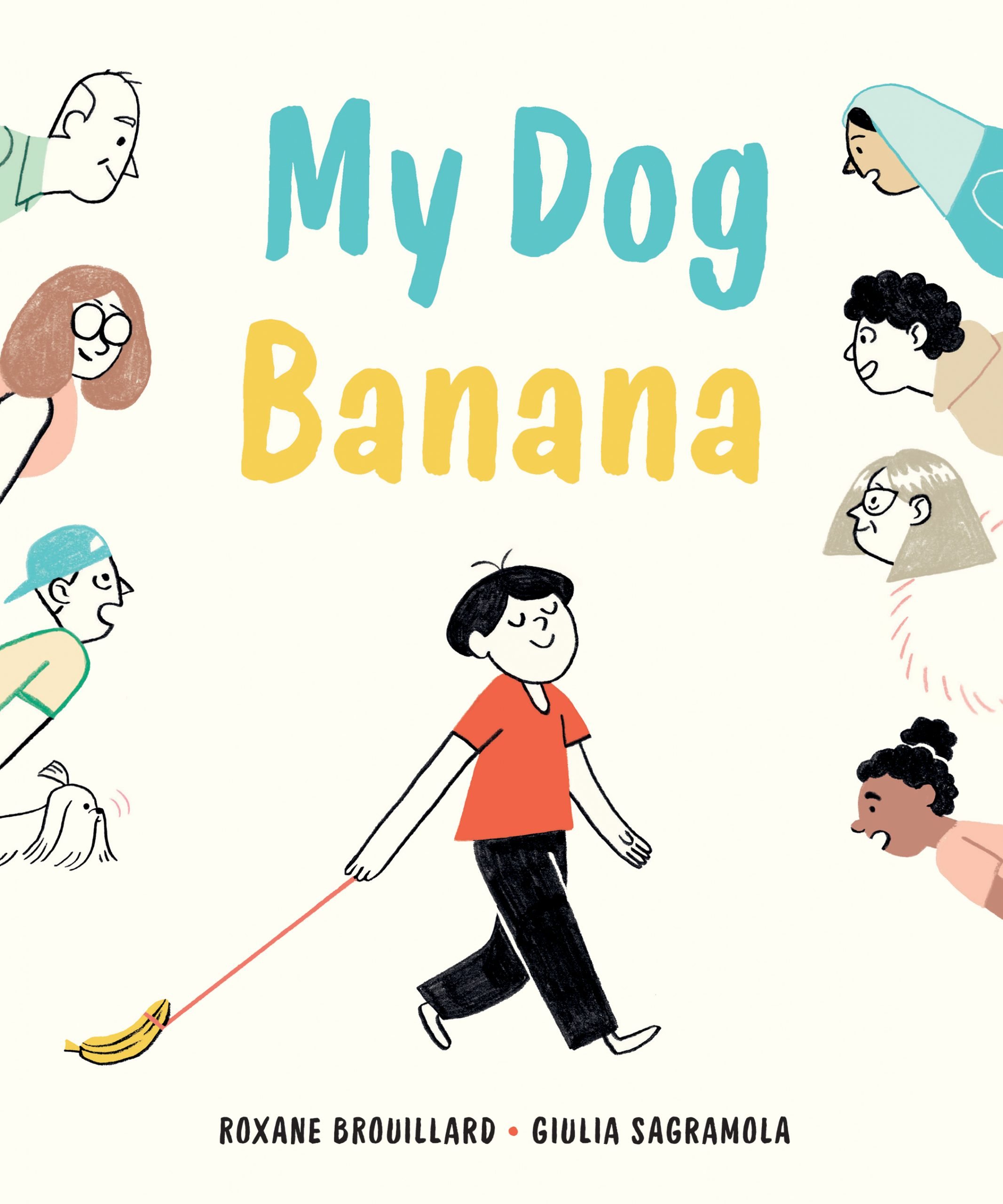 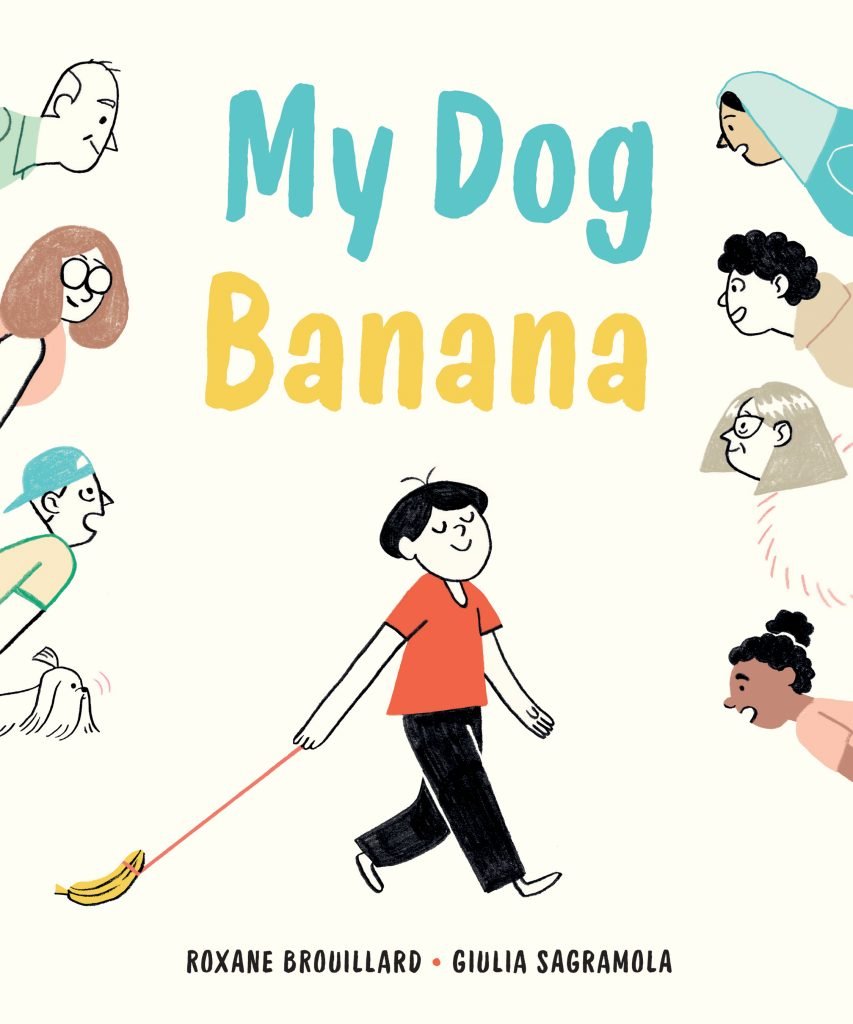 When neighbors question a boy walking with a banana attached to a red leash, the child confidently explains that he is walking his dog Banana in Roxanne Brouillard’s debut picture book,  My Dog Banana, with charming artwork by Giulia Sagramola, in her first picture book as well.

The cover instantly grabbed my attention because, well, how often have you seen a boy walking a banana on a leash? The boy’s mouth is drawn as a big smile, while the neighbors surrounding him have mouths agape. Even the Lhasa Apso is confused! Sagramola draws a black line directed at each person speaking giving the art a graphic novel feel. “What are you doing?” the boy with the backward green baseball cap asks pointing at the banana. “I’m walking my dog,” the dark-haired boy responds with hand on hip.

Faded green trees are drawn in the background so the reader’s attention is on the latest neighbor introduced with each page turn. We see the confusion with question marks above heads and raised eyebrows. The boy just doesn’t understand why the neighbors don’t see Banana the dog. The people try their best to see what the boy sees, but with each question asked to the boy he has a logical answer in return. “It isn’t moving,” the woman returning from a Farmer’s Market says with fruit in her bag. “She is very tired today,” with emphasis on the She, not the It.

Turning each page, more neighbors appear with confused faces. Sagramola’s drawings of hands in the air and pointed fingers add to the humor of Brouillard’s words. The Lhasa Apso goes nose-to-nose with the banana to see if she can get a reaction but no luck. The boy has an answer for everything until the neighbors stop asking questions and begin to laugh. He remains true to himself and doesn’t give in to their laughter. When the boy and Banana finally give up and walk away from the adults and children’s hysterics on the last page, the Banana speaks and says, “Woof! Woof!”

This light-hearted sweet story, with an assortment of diverse characters, will bring laughter to the reader and allow them to question what is real and not real. Did Banana really Woof? Only your imagination can answer that question.