See for yourself in … 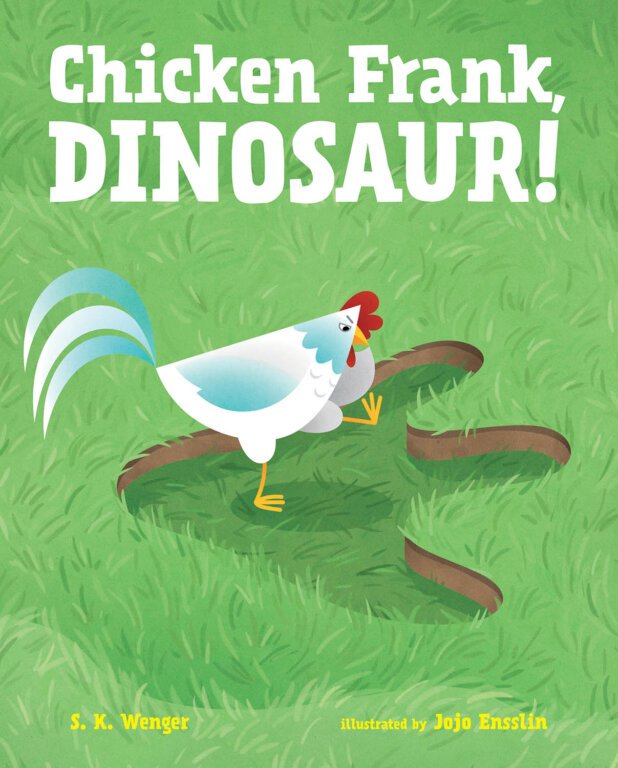 A chicken steps into the imprint of a gigantic claw. The white bird takes center stage with a body resembling a halved teardrop composed against a green, feathered-grass background. Tying in the white of the chicken, the quirky, bold lettering in the title, shouts, read me! The cover clearly portrays a bird with an investigative mind on a mission. Illustrator Jojo Ensslin’s simple shapes, contrasting colors, and gentle shading offer young readers the perfect engagement.

“I fell in love with the cover as soon as I saw it! I think it captures Chicken Frank’s perception of his connection to a T. rex perfectly, as well as his interest in exploring and accepting the belief that he IS a modern dinosaur! Jojo Ensslin did a fantastic job of bringing Chicken Frank and his friends to life.”

One of Shaunda’s first jobs out of college involved capturing, banding, and tracking wild birds for a research study. At the time, she didn’t realize that all the different birds were actually modern dinosaurs!

Fast forward to a change in career, and an idea was born!

“Inspiration for Chicken Frank, Dinosaur! came from a fun class discussion after watching Jack Horner’s Ted Talk video about dinosaurs and birds. My students were enthralled and amused by the idea that dinosaurs still walk among us … in the form of a chicken! Some students bought into it. Others didn’t. A lively debate followed, and the sparks for Chicken Frank, Dinosaur! began to stir.”

A PEEK INTO THE WRITING PROCESS:

“After being inspired to write Chicken Frank, Dinosaur!, it took me about a year to get the story into shape and submission-ready, another 6 months or so of R&R with the publishing editors, 1 day to get that R&R rejected, 1 hour at 3 am to completely rewrite the story in a different structure, and another 3 months to find the courage to resubmit the manuscript, which was ultimately accepted for publication. Thank goodness for strong beliefs and second chances!”

Cluck-a-doodle-ROAR! Chicken Frank is on a mission to prove to his fellow farm animals that he’s related to a T. rex because of evolution! But no one believes him—until DNA test results show Alligator Ike on Frank’s family tree. What will happen when he shows up at Frank’s family reunion? Complete with chicken and dinosaur tidbits, this 32-page picture book blends information with a fictional, humorous, comic style. The creators made sure to add just what young readers crave, chuckles and heart. 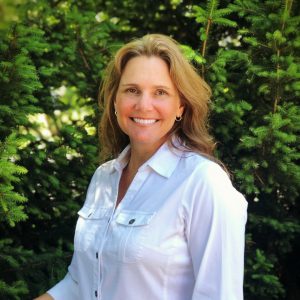 I have the pleasure of being in a debut picture book group with Shaunda, and here’s what I know about this fascinating author. Not just a writer, she also holds a degree in a self-designed major in environmental and social sciences from the University of Vermont. As a high school teacher, Shaunda has been honored with educational awards. While Chicken Frank, Dinosaur! is her first picture book, kids may have seen some of her writings about science published in the educational market. A nature lover at heart, she is an avid hiker, swimmer, and plant lover. Visit her website for more fun facts and to find out more about her debut in October 2021.

Head over to S.K. on Twitter to enter her generous picture book manuscript critique giveaway!