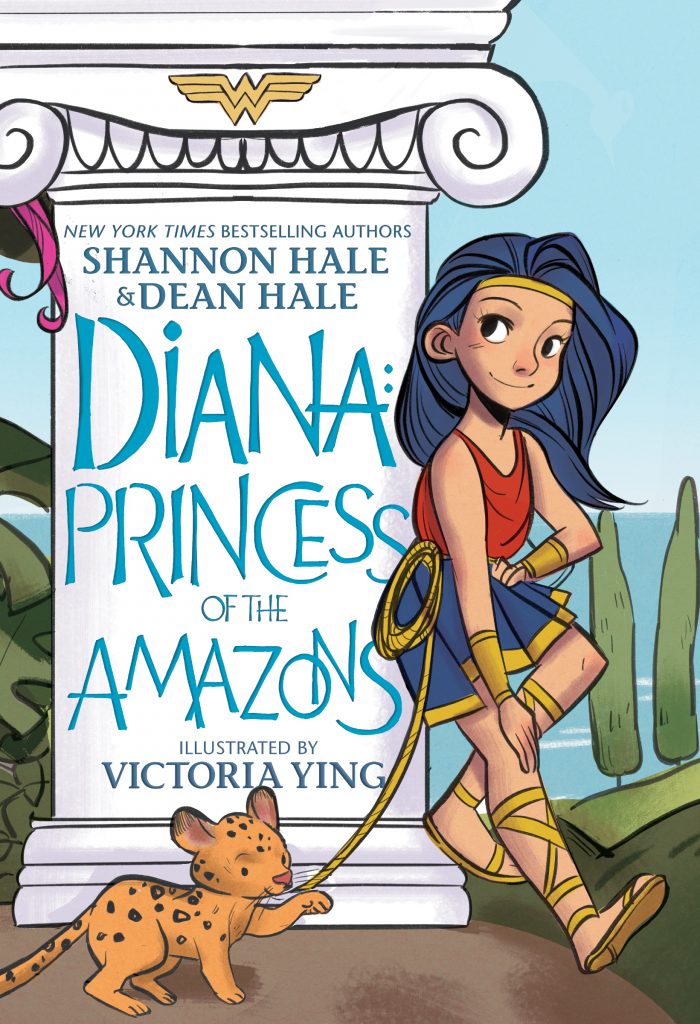 INTRO:
Last month, my ten-year-old daughter and I attended an amazing event at the LA Zoo, hosted by DC Entertainment. A group of middle-grade graphic writers and illustrators wowed the crowd with their “superpowers” sharing the stories-behind-the-stories and demonstrating their lightning-fast art skills. VICTORIA YING caught our attention with her interpretation of Wonder Woman as a tween so I wanted to know more about the wonderful woman behind Wonder Woman.

CHRISTINE VAN ZANDT: Your new middle-grade graphic novel, Diana: Princess of the Amazons (DC Comics; $9.99, Ages 8-12) is about Wonder Woman as an eleven-year-old girl. As the only kid on Themyscira, the island of the Amazons, understandably, Diana’s a bit lonely. How did you go about envisioning the famous Princess Diana as a tween?

VICTORIA YING: We first looked at the original iconic design for Wonder Woman and then tried to imagine what she would look like as a kid! We wanted to have those shadows of the person she would become without being too obvious about it. She has her bracelets, a simple rope headband, and her pleated skirt. Things that would allude to her future, without showing our whole hand.

CVZ: You’ve illustrated pictures books before and are the author-illustrator of a wordless picture book, Meow! How was illustrating a graphic novel different?

VY: I was so lucky to be able to have Shannon and Dean Hale as collaborators for this project. It is my debut graphic novel project and they are industry veterans who really understand how to write for a visual medium. They left a lot of the decisions up to me, but would keep the important descriptions in the text.

CVZ: Tell us about your process.

VY: For comics, I first lay out my rough sketches with rough text in ComicDraw for the iPad. Then I submit this for approval. Once the sketches are approved, I take them and do a tracing paper style draw over of the rough sketches for a clean finished drawing in Procreate. Lark Pien was our colorist and she takes the work to its finish.

CVZ: Your middle-grade graphic novel, City of Secrets, is coming out in July (Viking, 2020). How does it feel to be both the writer and artist?

VY: I originally wrote City of Secrets as a NaNoWriMo project. I was so afraid to have to draw the city! When my friends commented that I had great story structure and good characters, but terrible description, I realized it was because I relied too much on my illustrator brain and decided to try it as a graphic novel instead. It turned out that I LOVED drawing the puzzle-box city!

VY: City of Secrets has a sequel coming out in July of 2021, and I’ve just announced a new book with First Second Books called Hungry Ghost, a YA contemporary about an Asian-American girl struggling with an eating disorder. I have a wide range of interests and all kinds of stories I want to tell. I hope that my career will let me tell as many of them as I can handle!

CVZ: Thank you for taking time to talk with us. We look forward reading all your new stories!

BIO:
Victoria Ying is an author and artist living in Los Angeles. She started her career in the arts by falling in love with comic books; this eventually turned into a career working in animation and graphic novels. She loves Japanese curry, putting things in her online-shopping cart then taking them out again, and hanging out with her dopey dog. Her film credits include Tangled, Wreck-It Ralph, Frozen, Paperman, Big Hero 6, and Moana. She illustrated the DC graphic novel, Diana: Princess of the Amazons. Watch for her authored graphic novel, City of Secrets, out July 2020. 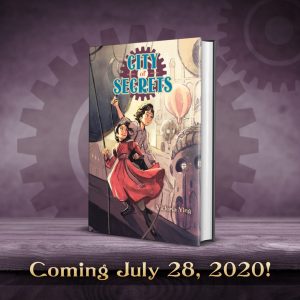 Check out a preview here.