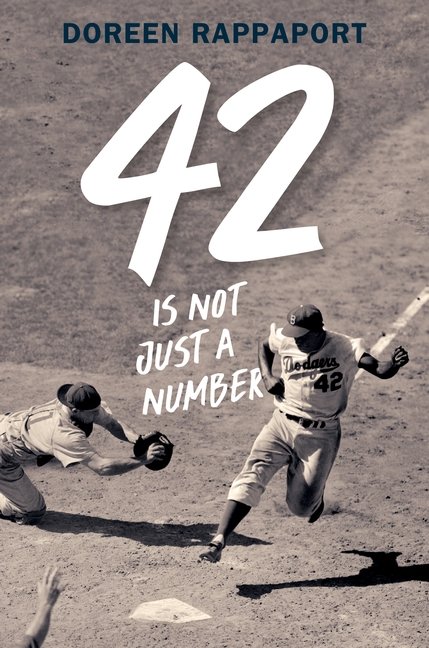 We’re thrilled to once again participate in #MCBD2018 by sharing a review of 42 Is Not Just a Number, a fantastic middle grade biography by award-winning author, Doreen Rappaport, focusing on the life of legendary athlete, Jackie Robinson.

It’s hard to believe I live less than 10 miles away from places in Pasadena that played such an important role in Jackie Robinson’s life, yet I never knew all their significance. After reading Rappaport’s 42 Is Not Just a Number, kids will understand why Jackie Robinson was destined to help break down the color barriers that existed in his lifetime, and is considered an American hero and champion of civil rights. Who knows when African-Americans would have been allowed in Major League Baseball had it not been for Robinson’s courage and determination? In fact, this past summer was the 70th anniversary of that sport’s desegregation, but it was not an easy feat to accomplish in the Jim Crow era with its rampant racism, segregation and discrimination.

In this meticulously researched biography packed with eye-opening stories and quotes, Rappaport takes us from Jack “Jackie” Robinson’s childhood through his college and military years to his baseball career, and concludes with his early death at age 53. The chapters flow easily and Rappaport shares just the right amount and choice of information to engage young readers, whether they’re sports fans or not.

Robinson, born in 1919, was raised by a single mom along with his four siblings. One of them, Mack, became a track and field silver medalist in the 1936 summer Olympics in Berlin when another black man, Jesse Owens, took home gold. Mama or Maillie, Robinson’s mother, moved the family from Georgia to Southern California when Jackie was just a one-year-old in hopes of giving her family a better life. The racial climate of Pasadena at that time, though not as restrictive and oppressive as the Jim Crow South, was still segregated, something that young Jackie could not tolerate. He was quick to lose his temper at the injustice he saw and got into trouble a lot. However, with the positive guidance of Reverand Karl Downs, Jackie, who excelled in all sports, learned to channel his frustration and anger in other ways. No matter what sport he played, his speed, skill and quick learning brought accolades. But despite his talent, there was no chance to pursue a career if playing on a team meant integrating with whites. It just wasn’t done or accepted by many. After serving in WWII, Jackie joined the Kansas City Monarchs in the Negro Baseball League and was scouted by the Montreal Royals, a farm team of the Brooklyn Dodgers. That’s how Jackie’s abilities were recognized and within a year the trailblazing Dodgers’ manager, Branch Rickey, signed him with the Dodgers, shirt #42! However Jackie had to steer clear of controversy. “I’m looking for a ballplayer with guts enough not to fight back,” Rickey told Jackie upon bringing him onboard the team. Jackie knew the manager was right and that if he was going to effect change, Rickey’s advice had to be heeded although at times it was almost impossible.

Jackie’s star was rising and Black Americans from hundreds of miles away traveled to see this amazing talent steal bases, hit home runs and shine. Despite all the acclaim, Jackie continued to face prejudice at every turn. Ultimately it was Jackie’s spirit and convictions that won over fans’ hearts across the country. “In a nationwide contest of the most respected men in America, Jackie was ahead of President Truman and WWII heroes General Dwight D. Eisenhower and General Douglas MacArthur …” 42 Is Not Just a Number deftly chronicles this inspirational man’s impact not only upon his sport but also upon his era. I am confident young readers will agree.

Multicultural Children’s Book Day 2018 (1/27/18) is in its 5th year and was founded by Valarie Budayr from Jump Into A Book and Mia Wenjen from PragmaticMom. Our mission is to raise awareness of the ongoing need to include kids’ books that celebrate diversity in home and school bookshelves while also working diligently to get more of these types of books into the hands of young readers, parents and educators.

Current Sponsors:  MCBD 2018 is honored to have some amazing Sponsors on board. 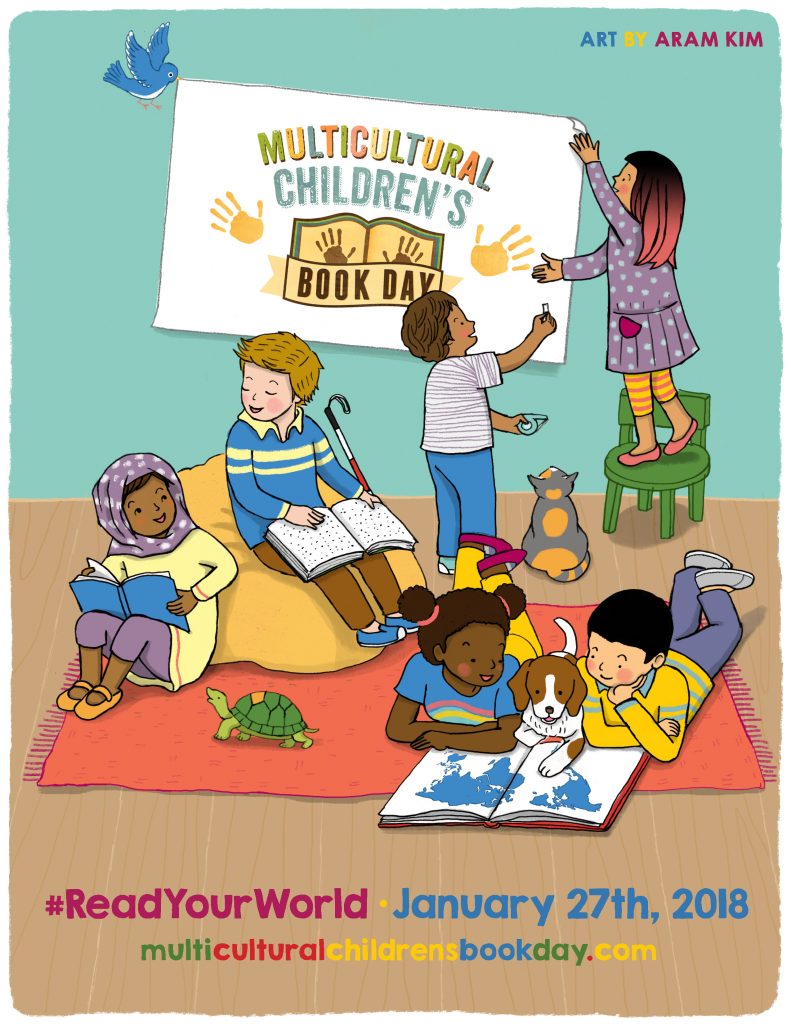 We’d like to also give a shout-out to MCBD’s impressive CoHost Team who not only hosts the book review link-up on celebration day, but who also works tirelessly to spread the word of this event. View our CoHosts HERE.

Join the conversation and win one of 12-5 book bundles and one Grand Prize Book Bundle (12 books) that will be given away at the party! http://multiculturalchildrensbookday.com/twitter-party-great-conversations-fun-prizes-chance-readyourworld-1-27-18/