WE FOUND A HAT
Written and illustrated by Jon Klassen
(Candlewick Press; $17.99, Ages 3-7) 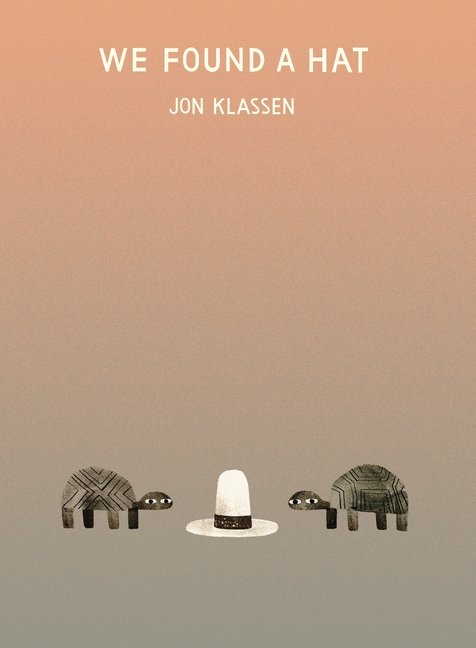 We Found a Hat concludes Jon Klassen’s terrific hat trilogy. In this book, two turtles find a hat. One hat. It looks good on both of them, creating a dilemma.

Unlike Klassen’s other “hat” books, this one is told in three parts: Finding the Hat, Watching the Sunset, and Going to Sleep. Each section advances the story with Klassen’s expected deadpan humor. With slim text (less than two hundred words), the images carry the story.

As night begins to fall in the desert, the two turtles settle in. One, however, can’t quite take his eyes off the hat. We expect the turtle to misbehave—that’s been the theme in the other two books. Does it? As the stars come out and the other turtle falls asleep, we find out.

Jon Klassen is the author and illustrator of many award-winning books, including the first two books in the hat trilogy: Caldecott Medal recipient, This is Not My Hat, and the Theodor Seuss Geisel award winner, I Want My Hat Back. His minimal text and clever illustrations meld to bring us unexpected conclusions.

WE FOUND A HAT. Copyright © 2016 by Jon Klassen. Reproduced by permission of the publisher, Candlewick Press, Somerville, MA.
Click here for an activity kit and teachers guide