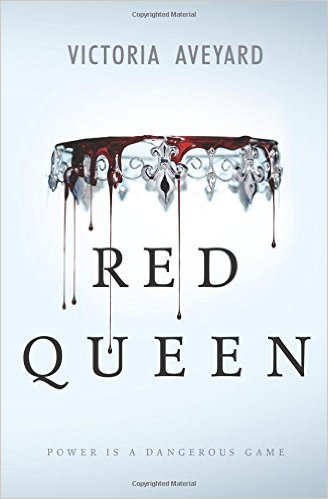 In yet another riveting tale that falls somewhere in-between the Dystopian and Fantasy genres, we see The Hunger Games, The Selection, and Divergent collectively mirrored in Victoria Aveyard’s Red Queen, particularly in the unbalanced caste system, a displaced protagonist, an alluring romance, widespread uprising, and unbridled betrayal.

Mare Barrow is a young girl working to survive in a society with two castes, the silver-blooded elite and the red bloods who serve them. The Silvers are the upper echelons of society with superhuman powers, but perhaps the most important ability they have is to keep the Reds in their place. Mare gets mistakenly drawn into the walls of palace life where she discovers that she, too, has powers of her own. What she really wants, however, is the power to take down the Royals who keep her family and the rest of the Reds nearly starving and struggling to survive. While one of the most difficult things to endure is leaving her family and worrying about their safety, Mare finds that what’s even harder is discovering who she is and whom she can trust.

While some parts were a bit predictable, others had surprising little twists that kept me quickly turning pages to see what would happen next. I found myself rooting for Mare Barrow and the Reds, and I’m looking forward to Aveyard’s next installment of this colorful saga.