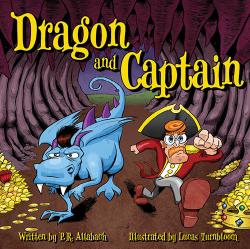 My curiosity is always piqued by books that contain maps inside their front and rear covers. Happily, Dragon and Captain has got ’em! Here’s why. Maps play a crucial role in this story, presented in comic-style format.

This original picture book features two main characters who happen to be next door neighbors. It’s also clear the boys are friends who’ve played a pretend game of Dragon and Captain countless times, if Dragon’s map is any indication. Dragon, a boy in a dragon robe, and Captain, a boy with a tri-cornered hat, have their work cut out for them the morning the story opens. Captain, it seems, has lost his ship!

Together, Captain and Dragon must brave the unknown by going through a forest, down a cliff and ultimately to the sea in their quest to find the missing vessel. Armed with a compass, a telescope, the map, and massive amounts of imagination, Dragon and Captain set off on a creative adventure (in the backyard) as their moms chat nearby. 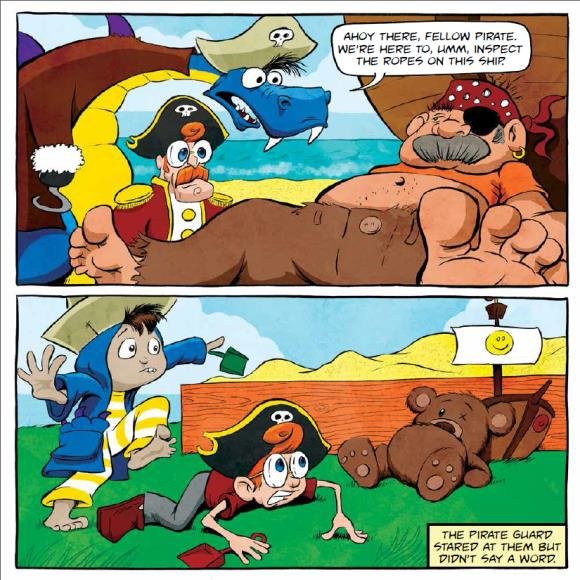 Interior artwork from Dragon and Captain by P.R. Allabach with illustrations by Lucas Turnbloom, Flashlight Press ©2015.

Dragon and Captain must foil a bunch of pirates’ plan to commandeer Captain’s ship. Can the duo stop this dastardly deed and get home in time for lunch? Well this reviewer won’t say, but you can probably guess the answer by the expressions on the boys’ faces in the illustrations below! 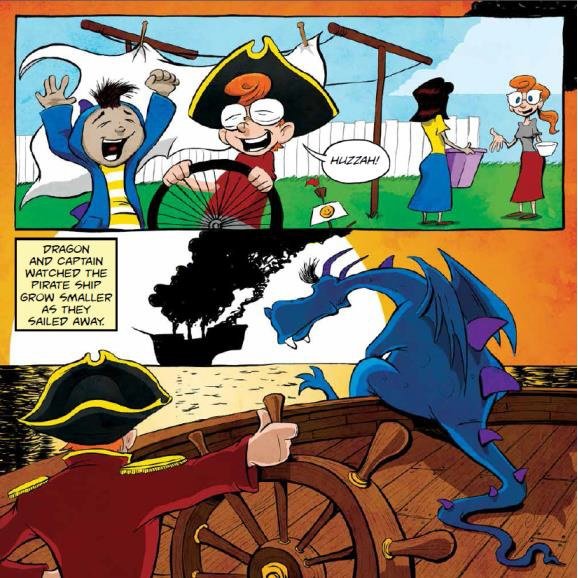 Interior artwork from Dragon and Captain by P.R. Allabach with illustrations by Lucas Turnbloom, Flashlight Press ©2015.

Between Allabach’s pleasing prose and Turnbloom’s terrific artwork, the team of Dragon and Captain and their active imaginations come to life in this thoroughly enjoyable role playing romp. Picture books like this one should certainly spark children’s interest in inventing their own games of make believe.

Middle Grade Book Review – All the Greys on Greene Street

NYT Bestselling Series Hilo is Back With Book 5: Then Everything Went Wrong